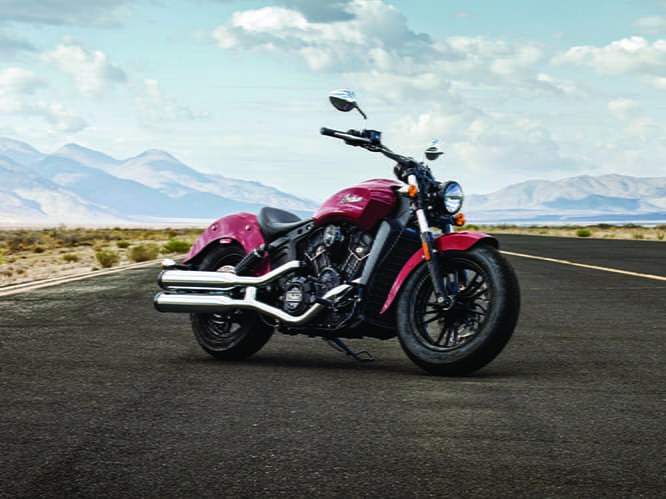 The Scout Sixty is the latest model in the Indian Motorcycle line-up for 2016 which was unveiled today in Milan, aimed at newer and younger riders with an attractive price point.

Using a new, liquid-cooled, 4-valve, V-Twin, 999cc engine, which equates to 60 cubic inches hence the name, the new Indian uses many elements of the existing Indian Scout. The £10399 Scout, with its 1133cc V-Twin, was introduced last year and shares its cast aluminium frame, suspension and brakes with the new £8999 Scout Sixty.

The new Scout Sixty will be in dealerships before the end of the year and according to the Scott Meek, Indian Motorcycle Marketing Director, will be priced attractively. At the global press launchat the EICMA Show in Milan, Meek said, “With a starting price of under €12000 and even broader appeal to a generation who take great pride in standing apart from the crowd, we expect the versatile new Scout Sixty to cement that reputation.” 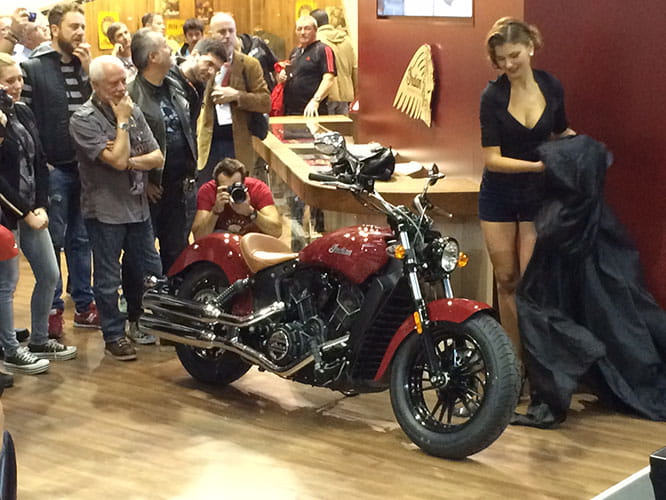 The 246kg (dry weight) customisable bike’s seat height is only 642mm while the new motor provides 78bhp and 65.6 ft-lbs torque via a 5-speed gearbox.

Indian Scout Sixty is available in three colours (red, white and black) while more than 200 accessories including seats, handlebars and footpeg relocators allow the motorcycle to be tailored to fit each rider. Additional accessories such as saddlebags, wire wheels and quick-release windscreens offer vast customisable options.

Roland Sands Designs got the nod as the first to customise the new motorcycle. Sands has customised five new motorcycles to race prep them for battle in the street bike-based class for the “Super Hooligan” class at the Superprestigio of the Americas, due to take place on Saturday November 21 at the Orleans Arena in Las Vegas. 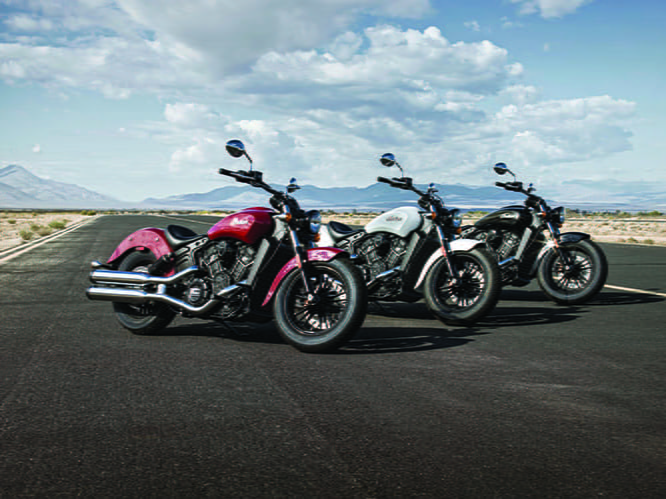