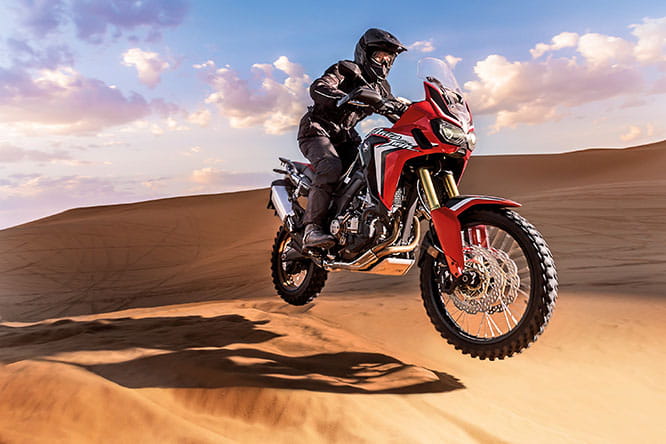 The long awaited CRF1000L Africa Twin is within touching distance of dealerships yet Honda have already confirmed to Bike Social that a smaller capacity version “is a very real possibility” and that the adventure trend “has definitely not peaked yet”.

Speaking at the recent Milan motorcycle show, Naoshi Iizuka, the project’s Chief Engineer, discussed Honda’s focus on the adventure trend, why the Africa Twin has made a return, the choice of a parallel twin and the difficulties faced with amending the DCT gearbox for off-road.

After a year of build-up and promotion since the first concept was unveiled, the return of the Africa Twin also represents Honda’s return to a a class that looks to be hotly contested in 2016, with Ducati’s newly announced Multistrada 1200 Enduro going wheel-to-wheel with the ubiquitous BMW R1200GS, KTM’s 1290 Super Adventure and Triumph’s popular Tiger Explorer. 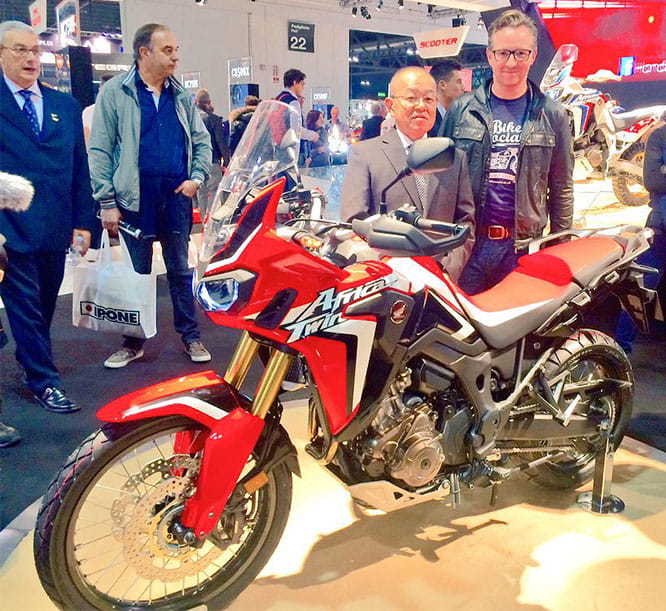 Iizuka-san has worked for Honda for 30 years on models such as VTR and SP2, Hornet and the latest CB trio; CB500F, X and CBR500. Here’s what he had to say:

Why now for Africa Twin after such a long time?

There are always ups and downs in the market and the different sectors gain and loose popularity and we've had a sports and super sports kind of age which has turned in to a bit more of focus on touring bikes and then custom bikes come and go, so there's always different trends in the market. In the recent years that trend towards an on/off bike has just got stronger and stronger so we felt that now was the right time to bring back one of our legends like the Africa Twin.

The engine was designed specifically for the bike but why did you chose a parallel twin?

So we looked at the pros and cons of both an inline and a v-twin configuration and the two biggest things that took us to the inline option was that a v-twin engine length from front to back is that much longer which is a challenge in terms of centralising the mass which is what accounts for the performance and agility so that was one reason against the v-twin. The other one being that the rear cylinder on the bike would be so near to the riders let that it makes it difficult to make it a nice, slim, agile package.

From the swing arm pivot point to the front axel is actually a shorter distance than the original Africa Twin which is specific to this design and aids the agility of the bike. Because we had such a strong focus on the off-road performance, the longer the wheelbase the bigger the detriment to the off road performance and the kind of agility we need for off road. So that's why, including the engine configuration and the short wheel base that's all part of the concept of making the off-road performance equal to the on-road performance.

What difficulties did you face in creating DCT (an option) for an off-road bike?

For DCT, the original layout, hardware and design concept is the same as the VFR1200, the original DCT, but what we have changed a lot for Africa Twin are the software and the control settings. We needed an off-road capable DCT and for that, the performance of how the clutch comes on and off can be adjusted by pushing the 'G' switch. That makes an off-road riding style much easier such as rear wheel slip.

A lot of the riding on the videos was filmed using the DCT bikes so in terms of off-road and DCT perhaps people don't see it as a perfect marriage but we're pretty sure that people will be surprised.

Why did Honda take a different approach to other manufacturers (BMW, KTM) with a big adventure bike as it is much more off-road biased?

Because it's the Africa Twin it's staying true to the heritage and original concept. Compared to the competitors, we believe the off-road capabilities are better. For example, it's got a higher ground clearance and longer suspension stroke than a GS. Nowadays, compared to the days of the original Africa Twin, highway infrastructure has improved and people are more likely to make long journeys on the highway at high speed with a fully loaded bike so for us to have created something which is equally capable to do that as well as being excellent off-road that was the biggest challenge in the development and we think we have pulled it off.

Will we see a smaller capacity version in the future?

We don't think the trend toward adventure has stopped so that kind of possibility of customers wanting a smaller version with the same kind of concept is a very real possibility.

We have already seen two new adventure concepts with the Adventure Scooter and CB650 Adventure Concept, where do Honda see the adventure market heading?

I couldn't tell you Honda’s overall policy as a company but personally I think that the trend towards Adventure has not stopped and it might even accelerate in the near future so we've looked at different directions to take it and will continue to do so. It's definitely not peaked yet I don't think. 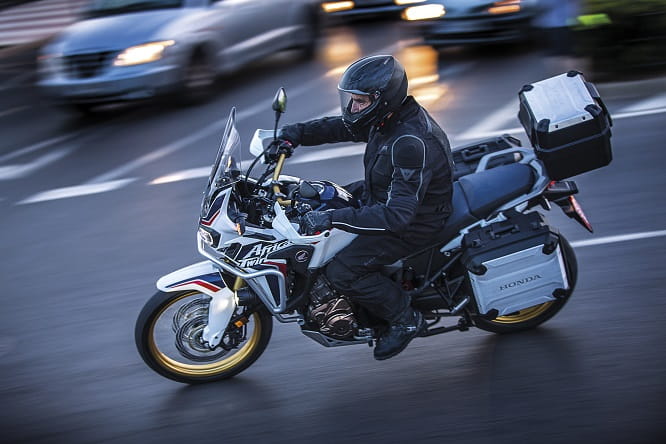 Orders can now be placed for the 2016 CRF1000L Africa Twin and the first 350 customers to place an order will receive a limited edition, numbered, Africa Twin TripMaster and 80-page book, outlining the rally heritage of Honda’s legendary adventure motorcycle.

Bike Social will be at the riding launch of the Africa Twin next week so stay tuned for the full road test and review.