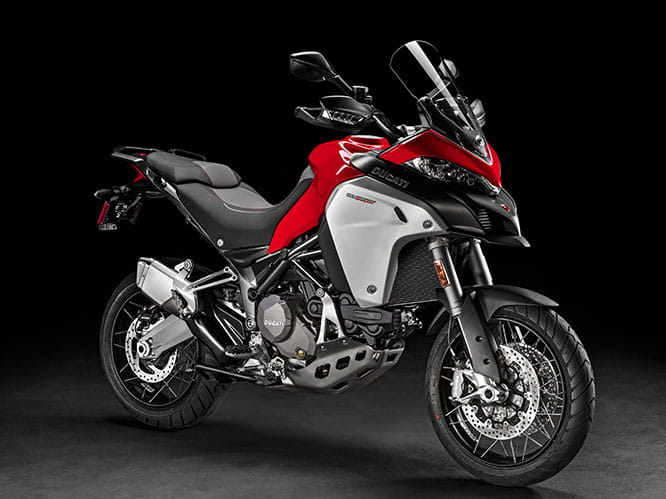 The Pikes Peak and Enduro models are the sportiest and most adventurous accoring to the Italian manufacturer.

The 1200 Enduro feature a 19" front wheel and 17" rear plus the electronic semi-active Sachs suspension at the front and rear and a 30 litre fuel tank offer the rider some real adventure spec riding. It's been built to handle more extreme off-road terrain than the existing Multistrada 1200 S and shows Ducati's entry into a whole new market sector. 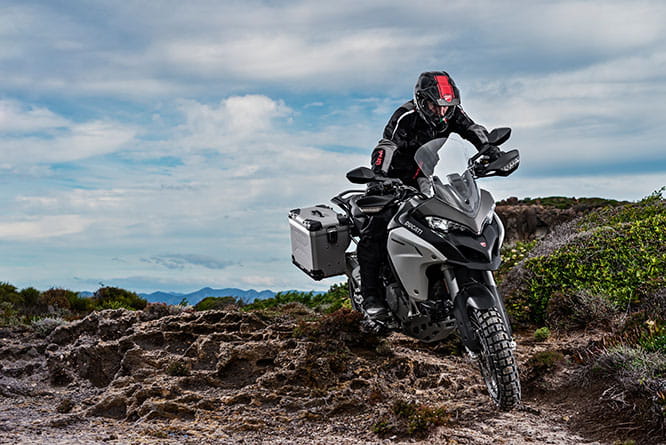 A 27mm longer wheelbase at 1556mm plus an 870mm seat and 254kg wet weight all signify the hallmarks of an adventure bike. Look out Africa Twin, Multistrada Enduro is coming for you but with 160bhp compared to the Honda's 93.8bhp.

Starting at £16,690 the Multistrada Enduro is available Red, Grey or White. 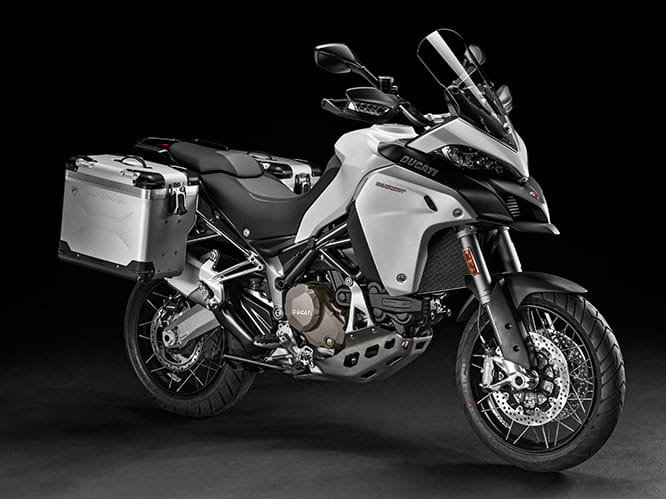 The other new member of the 2016 Multistrada range is the Pikes Peak edition which Ducati claim is the sportiest. Named after and inspired by the famous Rocky Mountains-based hill climb in Colorado which Ducati has won four times, the new edition uses the foundations of the 2015 Multistrada 1200 S.

Powered by the same Ducati Testastretta DVT twin-cylinder engine as the remainder of the Multistrada range which produces 160bhp but weighs 3kg less than the 1200 S. 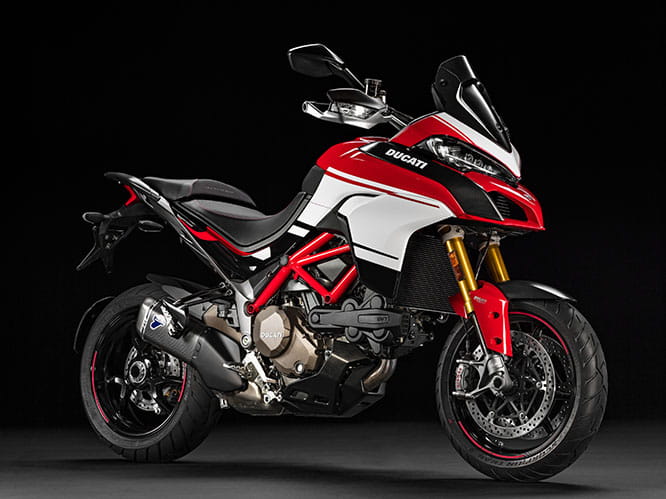