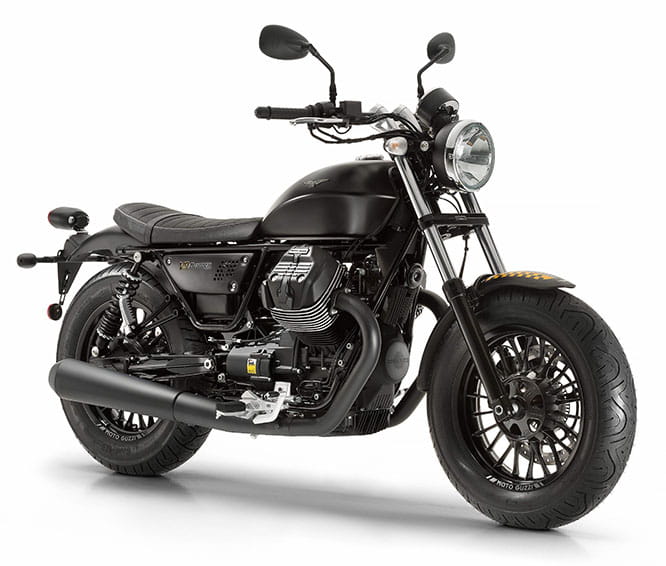 If you thought Moto Guzzi’s popular V7 retro roadsters cute but too small the Italian firm might have just unveiled at the Milan Show exactly what you were looking for – not one but TWO all-new V9s.

Based around what Guzzi say is an all-new version of its trademark transverse, 90º, shaft-drive V-twin, the two V9s are aimed more at the cruiser market than the roadster V7s.

The V9 Roamer is intended as a fairly conventional cruiser and is, Guzzi says, the spiritual successor to the classic Nevada 750 which was deleted in 2012 after 22 years in production. 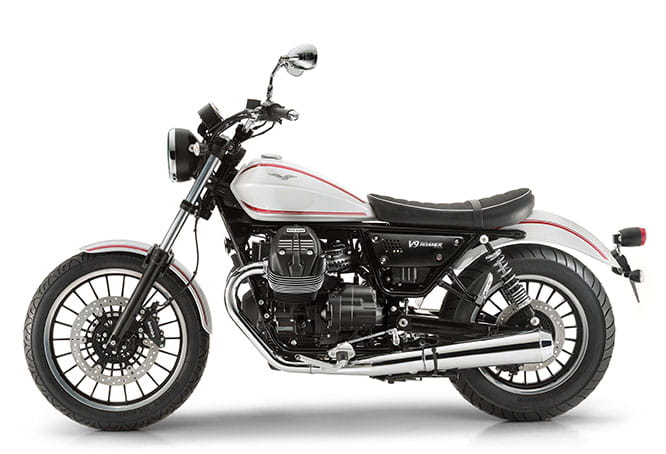 The V9 Bobber, meanwhile, takes its cues more from rivals like Harley’s successful 48 Sportster with fat, 16-inch tyres front and rear and a blacked-out look.

Both are powered by the same 850cc, two valve, engine which Guzzi say puts out 62 Nm of torque at just 3000rpm (power figures have yet to be released). Both machines also get ABS, adjustable traction control (which can also be disabled), an immobilizer plus an all-new instrument display centred around a single, circular dial. 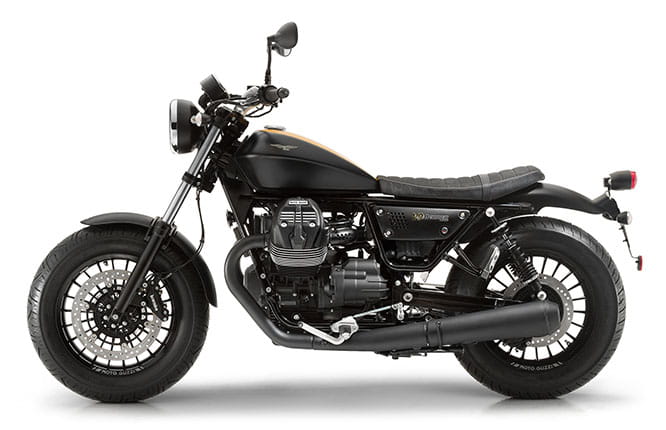 Also new for 2016 on Guzzi’s stand was, finally, the long-anticipated scrambler version of its V7. Dubbed the V7 II (the mark II V7s, with a host of updates, were introduced last year) ‘Stornello’, a name that harks back to Guzzi lightweights of the ‘60s, the new bike is basically, as expected, a V7 but with off-road styling. Accordingly, it’s got a high-mounted silencer (by Arrow), wire wheels shod with mild knobbly tyres, a new seat, aluminium mudguards and off-road pegs and alloy ‘race plate’ side panels, plus front screen, similar to those on the V7 Racer. 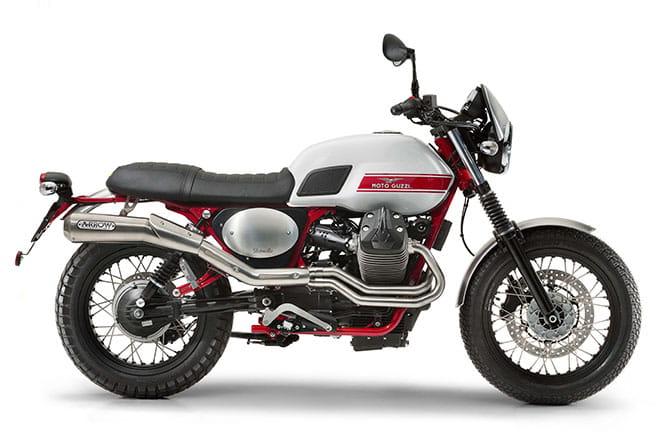 But perhaps the most radical of all of Guzzi’s newcomers for 2016 is a radical, California 1400-based, US-style ‘bagger’, which is derived from the MGX-21 prototype show bike unveiled last year and now goes into production called the ‘Flying Fortress.’

Intended to be the Italian firm’s new flagship model, the Fortress follows the bold bagger style popularized by bikes like Harley-Davidson’s best-selling Street Glide, in having streamlined hard panniers (hence ‘bagger’) and a large, 21-inch front wheel, extra-long silencers and, befitting its flagship status, an all-new entertainment system and lashings of carbon fibre.