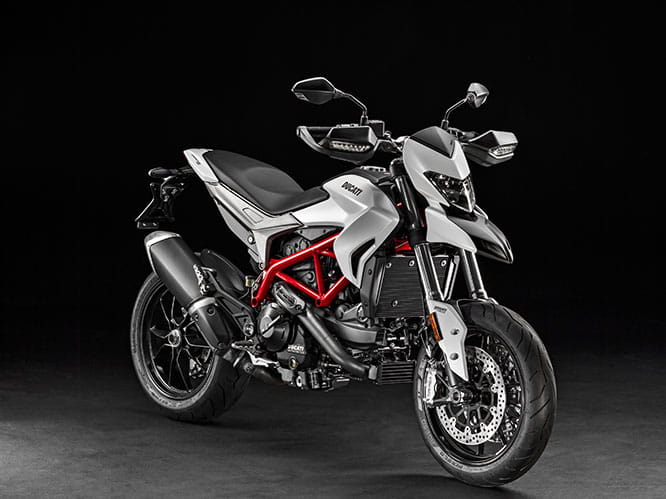 A renewed version of both the Ducati Hypermotard and Hypermotard SP were unveiled in Milan this evening ahead of the 2016 model year.

Adding a touch of glamour to the unveiling were Factory Ducati MotoGP riders, Andrea Dovizioso and Andrea Iannone, who rode the two new models onto the stage.

Equipped with a new 937cc Testastretta twin-cylinder engine provides a 10% power hike from the previous model’s 821cc motor which means the new model will make 113bhp while torque figures of 72.3 ft-lbs also show a 10% increase.

A 3-stage ABS system, 8-level Traction control and 3 riding modes all provide the rider with plenty of options to personal their ride. Weighing in at 181kg (dry) with a seat height of 850mm makes the bike tall, elegant but light to handle. 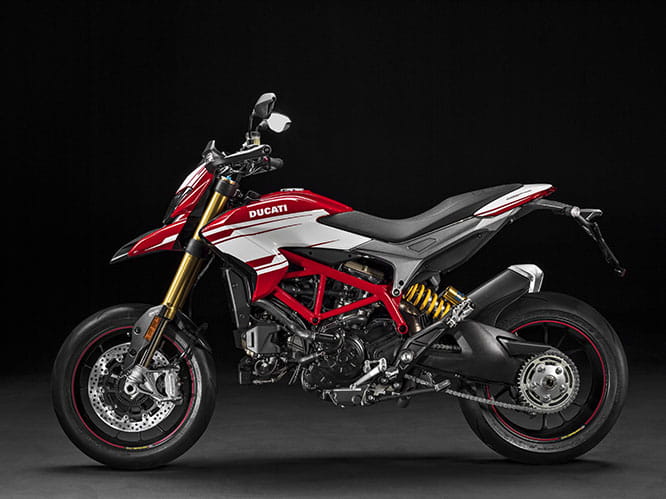 This makes the SP taller with a 890mm seat height, therefore capable of greater lean angles, partially helped by its Pirelli Diablo Supercorsa SP tyres versus the Diablo Rosso II’s on the non-SP model.

Prices for the two Hypermotards’s are as follows: 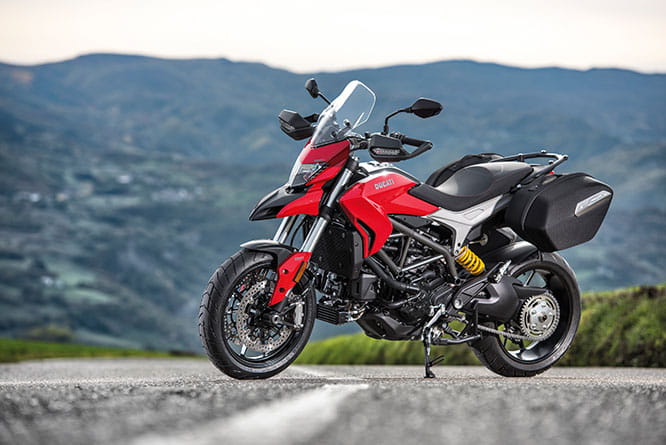 Designed for mid-range touring thanks to panniers, a touring screen and seat. It too is powered by the 937cc, Testastretta twin-cylinder engine which produces the same 113bhp and 72.3 ft-lbs of power and torque respectively.

The Hyperstrada weighs a little more, at 187kg yet has a shorter seat height at 810mm.

Heated grips and sat nav are optional extras and the bike is priced at £11,195.