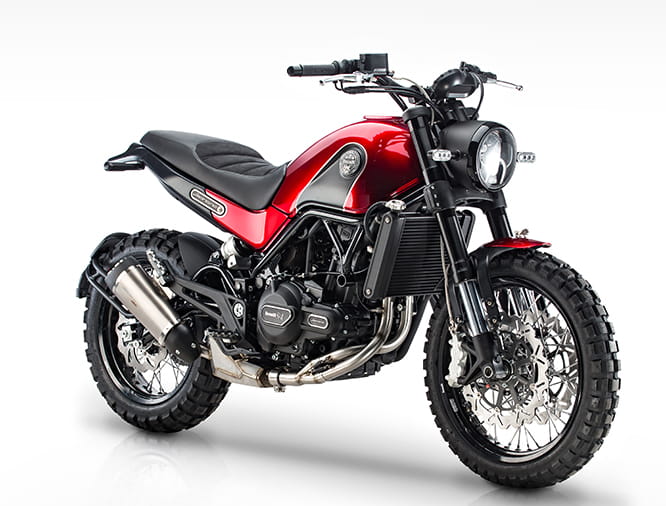 Benelli has joined the scrambler set with the introduction of an all-new 500cc machine named after one of its most famous models from the 1950s.

The Leoncino is a cool blend of retro and modern, and is one of the first designs to come from the now Chinese owned and built company’s CentroStile Benelli studios in Italy.

This, along with the TRK502 adventure bike, features Benelli’s brand new A2 friendly 500cc parallel twin motor, which develops 47bhp at 8500rpm and puts out 45Nm of torque.

At 170kg, the Leoncino promises to deliver a fun and manageable ride for novice and experienced riders alike, although the 815mm seat height is a little taller than some of the competition.

The fuel injected motor has a very modern feel about it, with a twin cam, four valve per cylinder set-up mated to a six-speed gearbox. 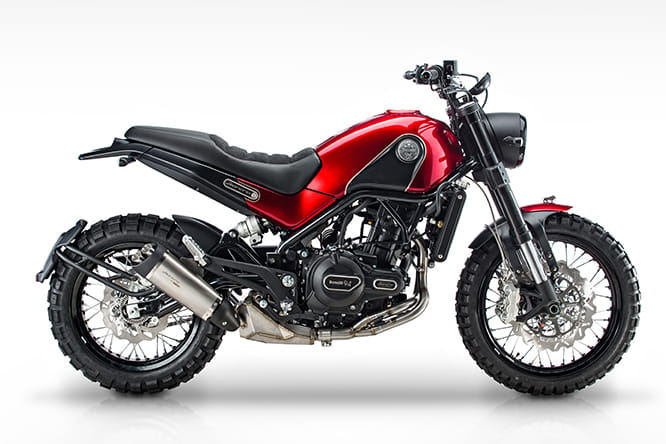 The bike on display at its launch in Milan wore full-on Continental TKC80 knobblies, but the 110/80-ZR19 front and 150/70-ZR17 rear should allow for the fitment of a much wider range of rubber for road work.

Styling of the Leoncino is stunning and if the quality and ride is as good as it looks, it could well be a very credible alternative to the Ducati Scrambler.

From the luscious retro cool two-tone paint to the olde world lion mascot on the front mudguard, the Leoncino looks the real deal, while the LED headlamps and digital display really are in the here and now.

More from Benelli in Milan...

Benelli has had a less than illustrious history in recent years, but the company really does seem to be benefitting from the investment from its new Chinese owners.

With the tumultuous times hopefully behind them, this great Italian brand can concentrate on putting out some great new models.

A spokesperson for the company confirmed that the Leoncino will be imported into the UK, although as yet no prices or availability dates have been announced.