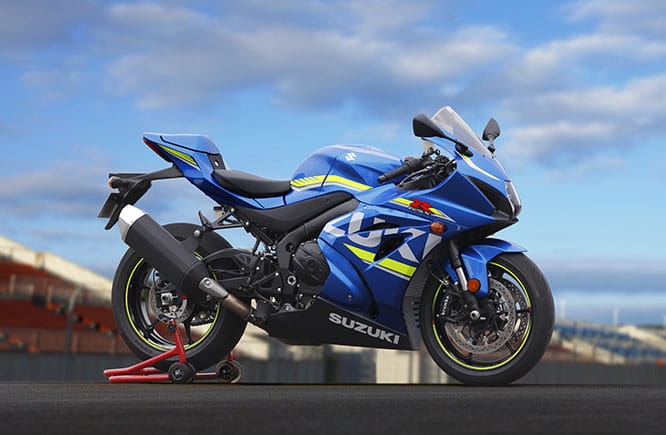 Suzuki has stated its intention to regain its crown of ‘King of the Superbikes’ after unveiling the much anticipated new GSX-R1000, but it will be late next summer before we get a chance to sling a leg over the all-new MotoGP-derived masterpiece.

Power figures have yet to be declared for the bike, which will officially be a 2017 model and is slated for delivery to British dealerships next July at the earliest, but with a brand new 999cc powerplant brimming with race craft technology, the new machine is expected to pump out over 200bhp as the Hamamatsu company looks to take back the superbike crown from rivals Kawasaki and Yamaha.

While the current GSX-R is known for its lack of electronic aids, the next generation machine is crammed with technology borrowed from the GSX-RRs of race aces Aleix Espargaro and Maverick Vinales. 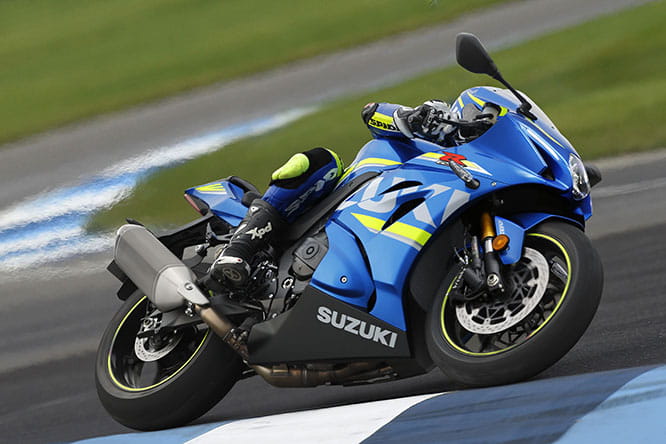 Details of the new engine are still a little thin on the ground as Suzuki engineers finalise the production specification, however we do know from the bike revealed in Milan that it will feature variable valve timing designed to boost top end power while retaining the bottom-to-mid-range grunt for which GSX-Rs have become famous.

To create this ‘two-engines-in-one’, the valve train moves from the traditional bucket-tappet arrangement of the old bike to a MotoGP-derived ‘Suzuki Racing Finger Follower Valve Train’ which utilises a finger follower rocker arm to allow for more accurate valve control and higher rpm. No figures have been given, but with the all-new design using much lighter internals than the outgoing unit, expect to see the next-gen GSX-R peaking out at over 13,000rpm. Backing this up, the powerplant also features a dual-injection system with a row of secondary injectors located in the top box delivering finely atomised fuel at high-rpm, delivering big top end figures without sacrificing the low-to-mid range performance. Other tech includes a new exhaust valve system with servo operated butterfly valves in each of the two header balance pipes. Again, these only open up at high rpm to give the Suzuki its 200+ bhp punch. 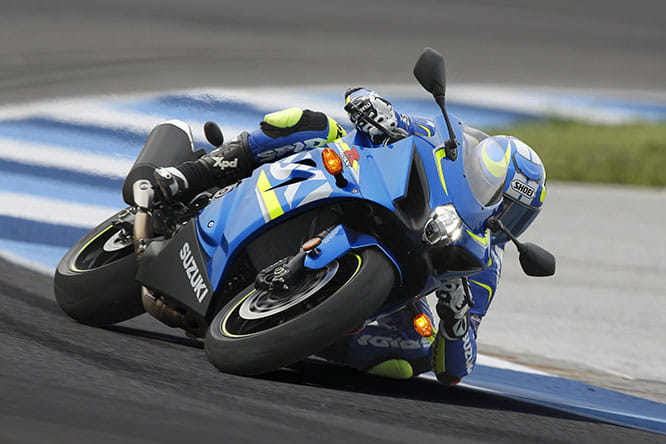 Of course, power is nothing without control. Yamaha in particular moved the game on with the 2015 R1’s electronics package and Suzuki are claiming some serious gadgetry with the GSX-R.

As well launch control, the GSX-R features three rider modes, or S-DMS (Suzuki Drive Mode Selector) can be toggled through a switch on the left-hand switchgear, while the new 10-level traction control system can be adjusted on the fly.

The quickshifter trumps Yamaha’s with clutchless up and downshifts just like the brilliant system used on Ducati’s 1299 Panigale. Suzuki’s system cuts the power from between 50 and 75 milliseconds to give almost seamless upshifts, while the electronics automatically open the throttle valves to allow clutchless downshifts without the rider needing to blip the throttle.

Chassis-wise Suzuki claims that the 2017 bike will be the lightest and most compact GSX-R1000 yet.

At the rear, another acronym makes its debut with Showa’s Balance Free Rear Cushion (BFRC) shock. Suzuki claims that this is significantly lighter than the unit used on the outgoing model and ‘minimises pressure balance fluctuations’ due to a new internal design. 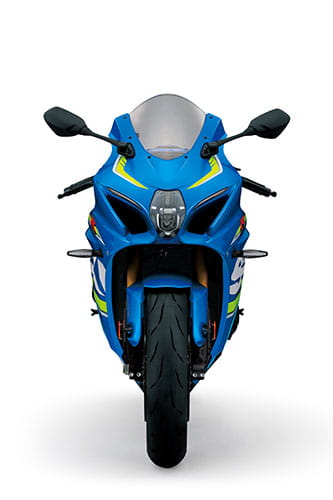 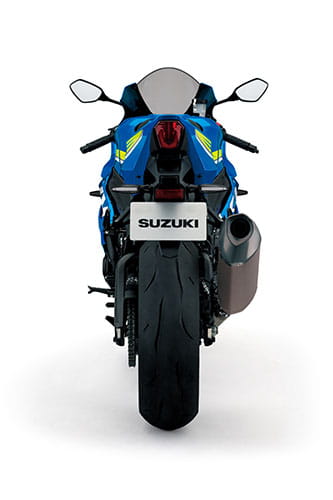 Despite being a new design from the ground up, styling of the GSX-R1000 is reassuringly familiar. The new bodywork, based on the MotoGP machines, is aerodynamically more efficient than the old bike and features LED lights, a first on a Suzuki, but overall it has a look more of evolution than revolution, especially in the pretty MotoGP colours of the show bikes. The bulky side exit exhaust is needed to get through the increasingly tight emissions laws and does let the lines down somewhat. Then again, how many GSX-R owners ride around on standard exhausts anyway?

As the new bike still the best part of a year away from the showrooms, there are no racing plans confirmed yet. However Suzuki’s press blurb rolls out the old ‘Own the Racetrack’ slogan, suggesting that the new GSX-R1000 has been developed to roll up on superbike and superstock grids.

With long-term partners Crescent Racing switching its allegiances to Yamaha, there will be no Suzuki presence in world superbikes in 2016. It is understood that tuning specialists Yoshimura are developing a race kit for the GSX-R1000 and are likely to give the new bike a competitive debut at the prestigious Suzuka 8-Hour endurance race. In British superbikes, the Bennetts Suzuki squad have indicated that they will start the 2016 season with updated versions of the 2015 bikes campaigned by Christian Iddon and Josh Waters.

Pricing has yet to be confirmed for the Suzuki, but expect it to be competitive with offerings from Kawasaki and Yamaha when it finally hits the showroom. Suzuki insiders are suggesting it may cost around £12,000 when it goes on sale.