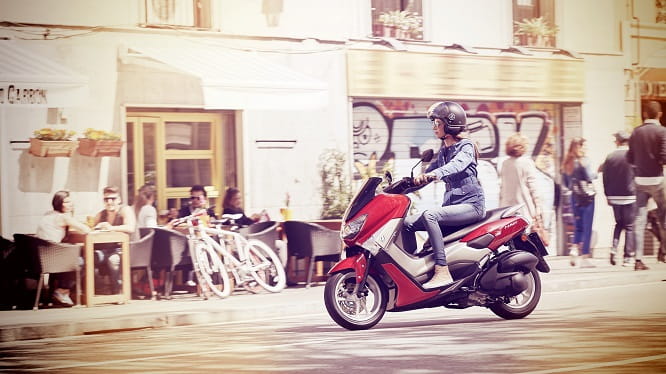 To complement its already very stylish scooter range, Yamaha have today announced a new 125cc entry-level version, called the NMax which is set to return over 100mpg and should be available at the end of June.

Yamaha’s more sports-focused scooter range includes the 500cc TMax and IronMax as well as 125cc, 250cc and 400cc X-Max which were joined in 2014 by the three-wheeled 125cc Tricity. From June of this year the NMax will join the fray in an attempt to take a slice of the hugely valuable European city commuter pie.

The new A1-licence friendly, 4-stroke, liquid-cooled Yamaha aims to take on Honda’s own two-pronged offering of the PCX125 and the new high-spec Forza, released later this month. Yamaha say their functional new scooter will be ‘high-spec and affordable premium’ while being ‘aimed at younger and active city commuters’ which we interpret as being more £2,699 PCX and less £3,995 (estimated) Forza.

It’s the PCX which tops the UK sales charts each and every month which is the target and therefore the NMax is likely to carry a similar price tag. 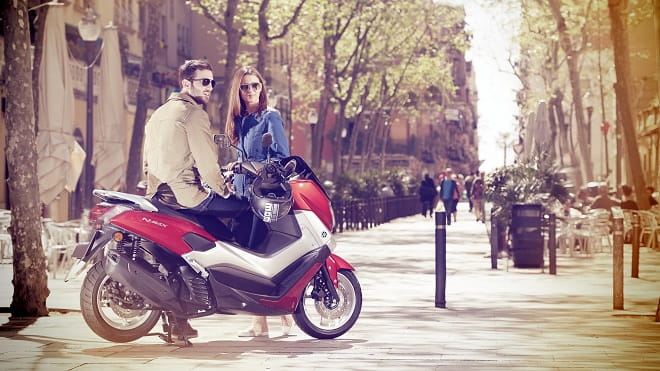 A brand-new lightweight tubular steel chassis is coupled with bodywork inspired by Yamaha’s own high-end sports models and a newly developed engine featuring, for the first time in a Yamaha scooter, a 4-valve cylinder head with variable valve actuation (VVA) set to offer a more linear acceleration feeling. The engine has been developed with the company’s ‘Blue Core’ design philosophy which essentially means making the motor as small, efficient and environmentally friendly as possible without losing performance or economy.

Approximately 12bhp at 7,500rpm and over 100mpg should be the results.

Here's Yamaha's marketing video to get you all jealous of lovely generic European city weather:

Other highlights of the Nmax include: 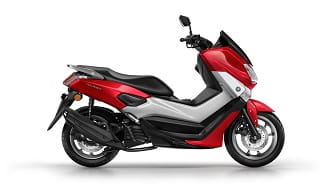 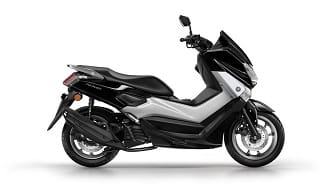 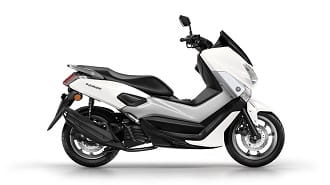 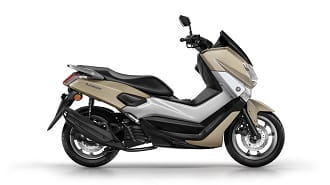 Are you a scooter commuter? Are you tempted by the NMax?  or !