The accolade for trendiest show in town this weekend is surely heading the way of The Bike Shed Show which is hosted at Tobacco Dock near Tower Bridge.

Amongst the displays of beautiful customised motorcycles will be Ducati's latest six Scrambler models, all customised by specialist UK and Italian builders. 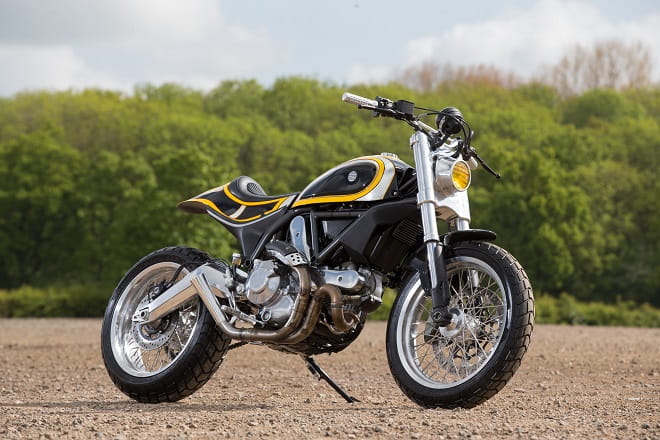 Built by “customiser” Andrea Radaelli, this interpretation of the Ducati Scrambler was a winner of the EICMA Custom International Bike Show 2014. 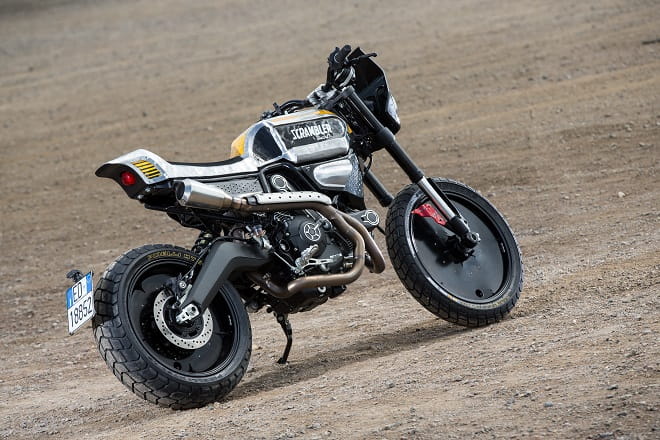 Making its world debut at The Bike Shed Show is this, the rather mad Ducati/Pirelli commissioned, Vibrazioni Art Design created, version of the Scrambler. Using a longer wheelbase and Ducati Streetfighter handlebars, the new bike also features solid wheels and a tank that shows Scrambler on one side and the tread of a tyre on the other side of the tank. 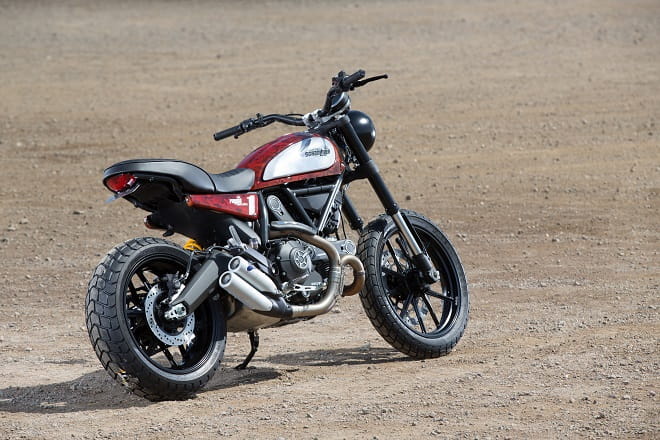 Having won the ITV show 'I'm A Celebrity...Get Me Out Of Here' in 2014, 'King of the Jungle' and seven-time World Champion, Carl Fogarty MBE commissioned Silverstone-based IDP Moto to personalise a Full Throttle version of the Scrambler.
By removing some of the small panels and covers, the front and rear mudguards and the wrap-round number plate bracket as well as modifying the exhaust guard, the bike was immediately made lighter in weight. The standard headlight was swapped for a more traditional unit.
An Ohlins rear shock, reworked seat polished tank panels and a red colour schemed to commemorate Foggy's head band as worn in the jungle. 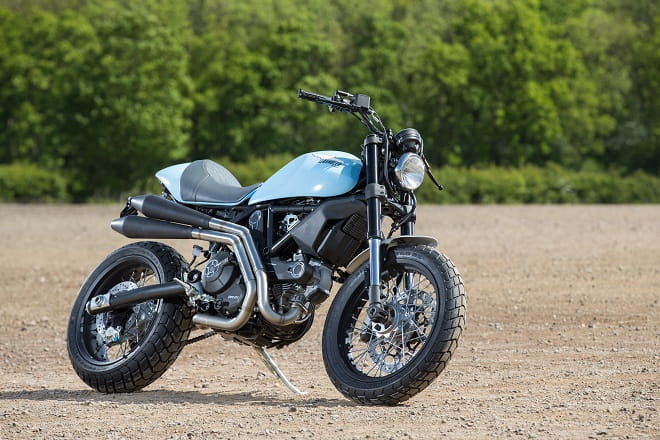 A GT1000 swing arm and a Termignoni race-line full 2-1 steel exhaust system that has been modified into a 2-2 stacked system are among the modifications on the flat-track inspired Scrambler Classic designed and built by Alastair Wager from Northampton-based Britaliamoto, Steve Collins and John Keogh in only four weeks. 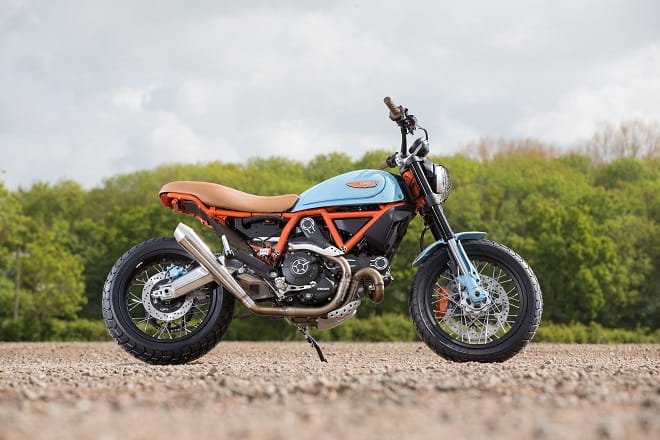 This Ducati Scrambler Classic by Sheffield Motorcycle centre and its builder Kev French has been customised using the livery of the legendary Gulf Oil brand. The rear mudguard and rear pegs have been removed while the bars and exhaust have been built in-house. 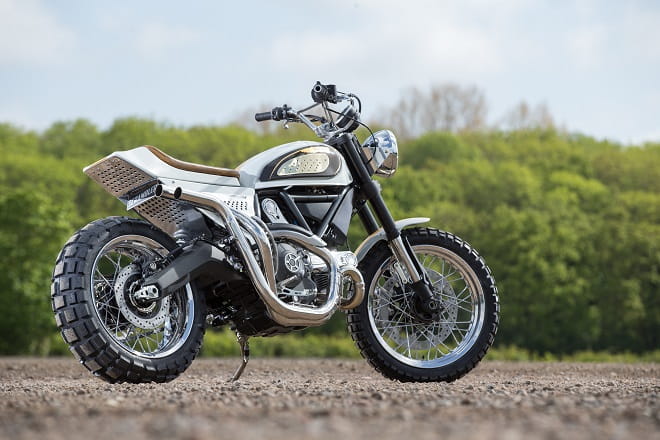 An immense amount of work has gone into the DMC Eccythump Scrambler by Ducati Manchester and builder Paul Eccleshare. Highlights include a straight-through handmade exhaust, hand-crafted leather seat,  handmade stone guards and heat shields, vintage motocross headlight and handlebars and, wait for it, 24 carat gold leaf painted over self-developed white and brown pearlescent base coats.
Bike Social will be reporting live from the Bike Shed Show press preview this evening so keep you eyes on the Facebook and Twitter pages. Otherwise we'll have a full review of the show next week.
Tickets are avaialble at just £15 which covers both days. See http://thebikeshed.cc for further details.