Bikes have always played a major part in Mad Max films, and the Mad Max Fury Road movie is no different. In the latest film Mad Max Rockatansky (Tom Hardy) himself even jumps on board what appears to be a Yamaha R1 covered in carpet!
Return of the Cafe Racer main man Geoff takes a look at some of the post-apocalyptic bikes starring in the new film. 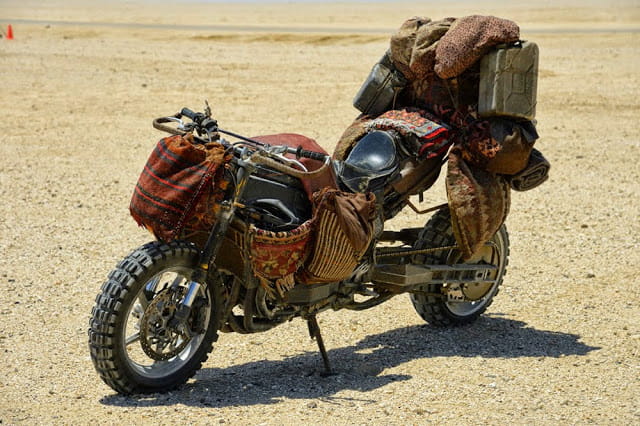 Main man Max Rockatansky’s bike looks to be a Yamaha R1 covered in gaudy tapestry and upholstery. In the film, Max is given his motorcycle by the Vuvalini women, fully loaded with supplies as thanks for helping Furiousa (Charlize Theron) and the 5 wives during their attempted escape from the War Boys and Immortan Joe. 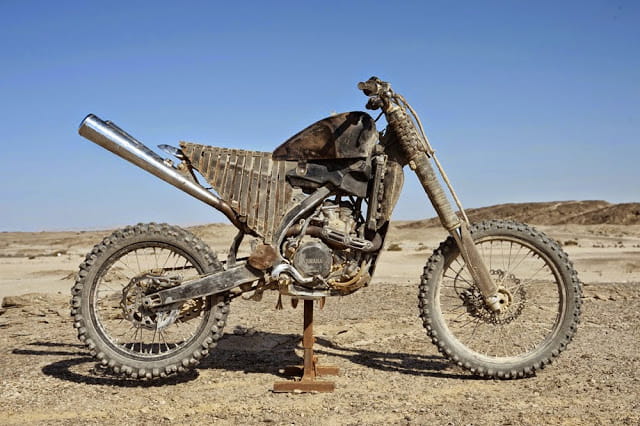 Gas-Gas TXT250s and Yamaha YZ250Fs were used by the bad guys pursuing Max and Furiosa in their war rig drive. Half way through the film they come across the Rock Rider gang in some narrow, rocky canyons and they all ride bikes based on MX and trials motorcycles like the ones pictured. 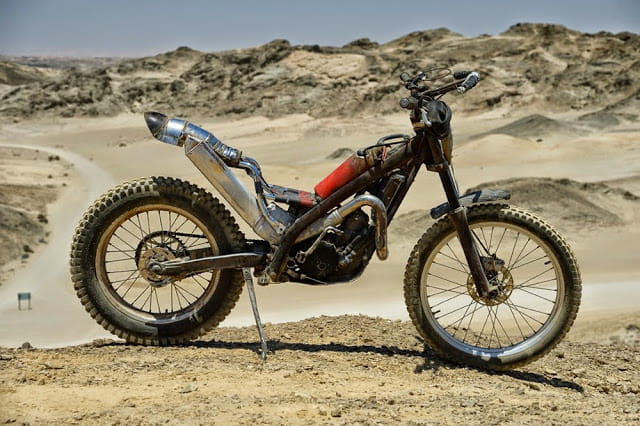 Production designer Colin Gibson worked with his team to convert the bikes into their Fury Road form. They used an array of general household items and miscellaneous vehicle parts which they bolted to the stripped down frames, removing paint in favour of raw steel and adding plenty of desert patina for added realism. Then to ensure they looked as good in action as they did standing still, Aussie MX champ Stephan Gall was called in to coordinate the riding action.

Other bikes ridden by members of the other gangs were more suited to flat plain, high speed desert riding. With extended hill climber swing arms, chunky tyres and boom sticks strapped to the back these desert sleds were based on larger capacity, heavily modified road bikes.

Other bikes in movie stories you might like:
Best Mad Max motorcycles
Does Norton's Dominator star in new James Bond movie? 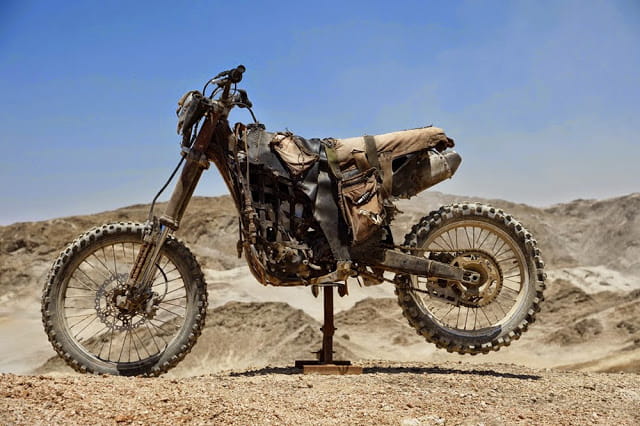 The following bikes are introduced into the film when Max and Furiousa stumble across the Vuvalini women out in the middle of the desert thanks to Megan Gale getting her kit off and screaming from the top of an old power line (as you do in the desert). Most of the bikes in their group are tourers from marques like BMW, Honda and Triumph, but there are also a few unexpected, high powered beasts amongst them such as Max's R1. 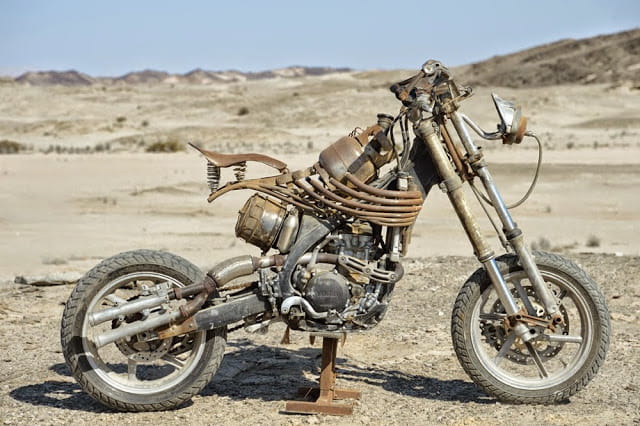 To give their motorcycles a more "feminine" look the Fury Road designers wrapped the Vuvalini bikes in leather and added things like sails, trinkets and Persian rug off cuts. The Honda Goldwing below even got its own feather tiara making it the envy of every leathery skinned, irradiated desert dame. 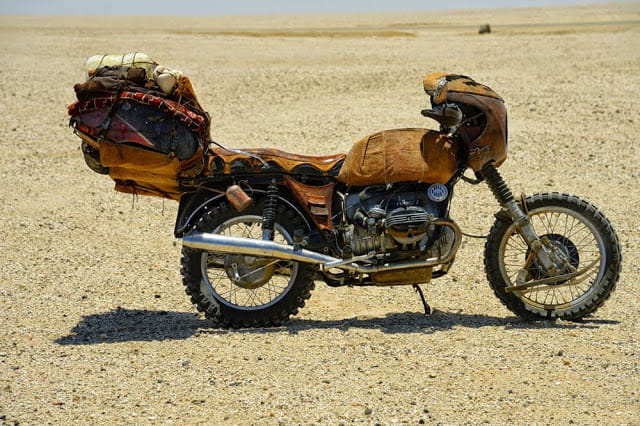 Furiosa's BMW (above) looks to be a BMW R80 engine in an R69 frame (please someone correct me if I'm wrong). Although it is heavily modified, this is one of the more easily recognised motorcycles in the film thanks to the prop designers taking advantage of how cool the airhead motor looks in its original state. 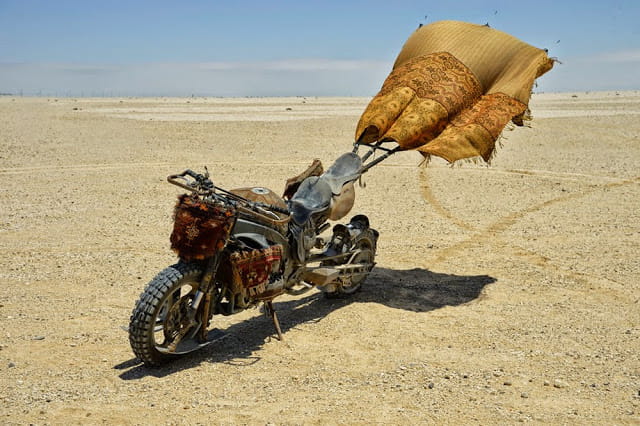 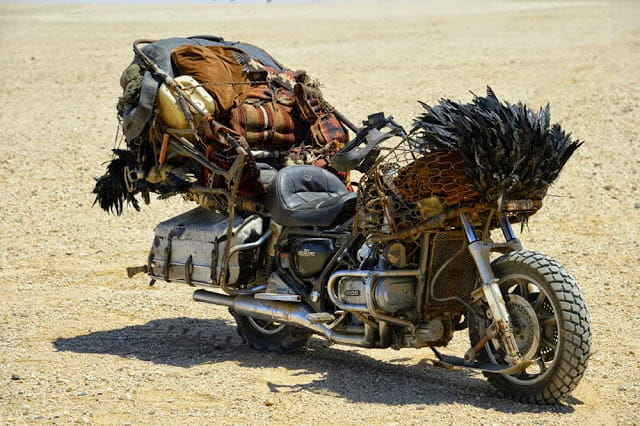 Images from Motomag.com
Words used by kind permission of Geoff at Return of the Cafe Racers. Cheers mate.