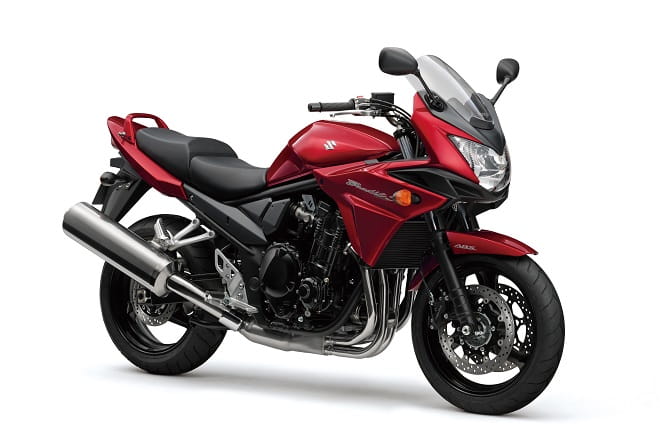 Demand from fans of Suzuki’s modestly brilliant Bandit 1250 has put the iconic big Bandit back on sale in the UK for this year.

The Bandit 1250 will cost just £7299 and comes with an updated fairing for 2015, it is claimed to offer improved wind and weather protection over the previous model. It will be in Suzuki dealerships from March 16. The Bandit 1250 was unveiled in its current form at last year's Cologne Show.

The trustworthy Bandit has been on sale in its current format (give or take a few tweaks) since 2007 when Suzuki brought the 1255cc inline four-cylinder motor into line with current Euro emissions legislation.

But it’s no worse off for it, and at that price is a serious threat to great, all-round bikes like the £9599 Honda CBF1000, Yamaha’s £8149 MT-09 Tracer. Like the Bandit, the Honda and Yamaha are brilliant all-rounders capable of a spot of touring, or weekend two-up riding.

Speaking about the bike’s return to Suzuki GB’s line-up, Suzuki GB Marketing Manager, Rob Cooper said: "Since the original 600 arrived in the UK, the Bandit name is one of the most recognisable in motorcycling, rivalling even our own GSX-R range for popularity. We're delighted to be bringing it back for 2015 and to be doing so at an incredibly competitive price. We know what Bandit means to our customers, and are very confident owners will enjoy the updated one as much as they have the previous versions."