Silverstone Wing takes off in storm 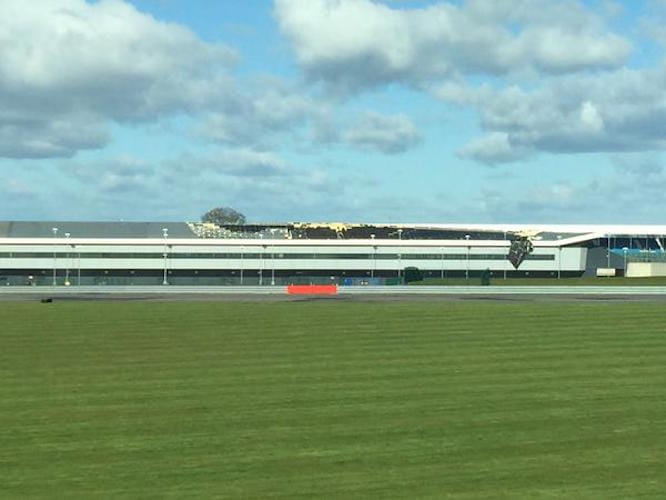 Silverstone took quite a battering in last night’s storm, suffering significant damage to the roof of the iconic ‘Wing’ section.

As strong winds hammered most of the UK, part of the Wing’s roof has blown off with significant damage to a larger section. Built in 2011, the Wing pit complex and conference rooms launched a new era for the Northamptonshire circuit as it moved into the 21st century.

A statement from Silverstone read: “During a period of extreme weather that hit Northamptonshire on Sunday afternoon and again on Monday night the Silverstone site experienced some wind damage, the most significant being to the roof of the Silverstone Wing. The engineers are currently assessing the damage and working with us to ensure minimal disruption to our customers while repairs are taking place

The Wing was designed by the same architects as the London 2012 Olympic stadium and the quirky roof was intended to suggest a sensation of movement and speed.

It is thought a number of the roofed grandstands have also sustained damage.

Silverstone will host the British round of this year’s MotoGP championship in August. For a last chance to get hold of cheap tickets on the ‘Welcome Back’ offer, click here.