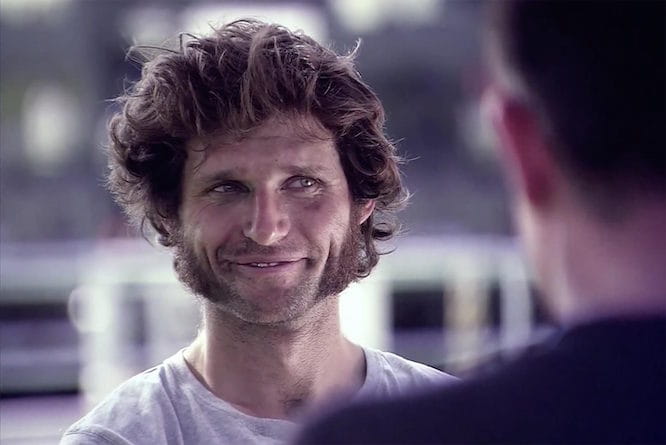 Guy Martin has responded to rumours that he is in line to replace Jeremy Clarkson as the host of BBC’s Top Gear.

Clarkson was recently dropped from the presenting line-up after punching a producer earlier this month. Radio presenter and all round car geek, Chris Evans had been the bookies’ favourite to take over the hit BBC show but he has since ruled himself out of the running.

Now the odds of TT star Martin taking over have decreased from 16/1 to 11/2, with some bookies even now listing him as the frontrunner.

Martin launched his TV career on the BBC with ‘The boat that Guy built’ before moving to Channel 4 with popular shows such as ‘Speed with Guy Martin’, in which he attempted to break a number of peculiar speed records such as the fastest speed ever achieved on a bicycle.

Speaking to Ulster TV about the rumours, Martin responded: “I don’t think I’d be able to get the time off work! I don’t want to try and be the man who replaced Jeremy Clarkson, but never say never."

Martin has already said he’d like to trim down his racing commitments for 2016 however Top Gear’s filming schedule wouldn’t be too much of a hindrance to the racing diary. Studio footage is filmed in the first three months of the year, the week before each episode goes out on TV and features are often shot from autumn onwards.

The Tyco BMW racer wouldn’t be bothered by travelling to far-flung lands for a good feature either, his most recent TV show saw him ride around India on a Royal Enfield.

Martin is also big into his cars, he drives a heavily modified 1967 Volvo Amazon estate, in which he has reportedly achieved speeds of over 200mph. He’s also previously been known to drive a Porsche 911 and Aston Martin.

Clarkson’s co-hosts, James May and Richard Hammond are expected to quit the show when their contracts run out at the end of this month. Others tipped to replace Clarkson include Suzi Perry, Jodie Kidd and Dermot O’Leary.

Would you like to see Guy presenting Top Gear?