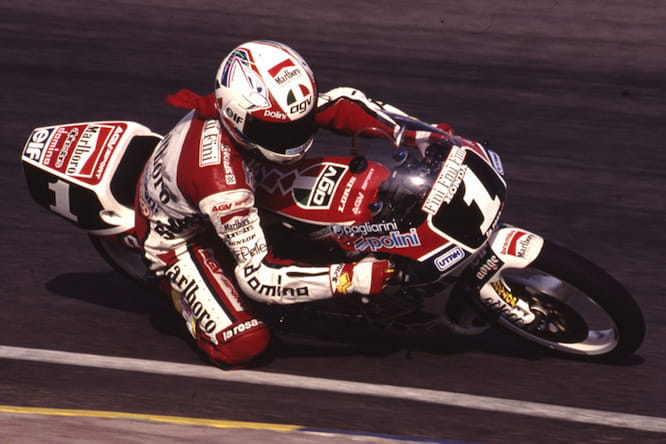 The 29-times Grand Prix race winner will join iconic racing figures such as Kevin Schwantz, Freddie Spencer and Wayne Gardner competing on track at the festival set to take place between 20-21 June.

Capirossi had competed on the international stage for an incredible 21 years before he hung up his leathers at the end of the 2011 MotoGP season. In this time he clocked up 328 race starts and no fewer than 3 world titles making him one of the best-known riders in modern Grand Prix history. The Italian continues to play an important role in MotoGP, working as the safety advisor to commercial rights holders, Dorna.

“Not only do I want to take part in this event, but I would love to ride both 250cc and 500cc!” Capirossi said. “It sounds like a great idea and it will be amazing to be with so many old friends and rediscover old feelings in the saddle of the incredible two-stroke motorcycles.”

World GP Bike Legends is set to revive the Golden Era of two-stroke Grand Prix motorcycle racing over one weekend in June, with the event set to feature more World Champions than any event before. Riders from Spain, Italy, Australia, New Zealand, the USA, the UK and France have all signed up to get back into their leathers and line up on the grid at Circuito de Jerez – one of the most iconic tracks on the Grand Prix racing calendar.

There are currently early bird discounts on weekend tickets – with the full weekend price fixed at €55 until 31 March 2015. Tickets provide bike fans with full access to grandstands, race paddocks, the trade village and the live music concerts. For more information go to www.worldgpbikelegends.com/tickets

Keep updated with all the news as it happens by following World GP Bike Legends on Facebook, and Twitter.