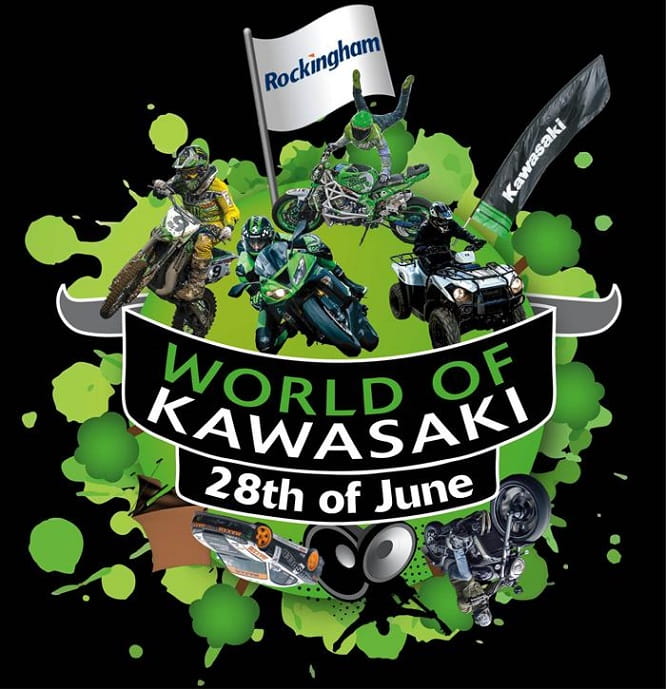 You’re not a real motorcycle manufacturer unless you host your own event; Triumph Tridays, BMW Motorrad Days at Garmisch and World Ducati Week are just three.

In the Japanese corner, the inaugural World of Kawasaki event was hosted by Silverstone in 2013, switching to Donington Park for last year while this year the one-day event heads to the Northamptonshire-based Rockingham Speedway circuit on Sunday 28th June.

Existing and potential customers and their families are invited to witness an array of live attractions at the all-things-Kawasaki festival with emphasis on most attractions being free of charge.

Riding experiences on offer include 20-minute track sessions on the International Circuit organised by track day operator Focused Events who have hire bikes available or visitors who rode their own bike to the event are welcome to use theirs. Off-road fans will be able to try a KXF motocross racer while Kawasaki four wheelers in terms of ATV quad bikes and MULE utility vehicles, can also be experienced.

Demo ride outs on a Kawasaki fleet will be led through local routes around Rockingham and feature the new Versys range, the ER-6f and ER-6n plus the Z and ZZR families and Vulcan cruiser bikes.

Ellison and Walker will lead a Ninja H2 and H2R-only track demonstration while round 3 of the UK Stunt Championship takes place which includes the attempt for the UK’s longest stoppie. 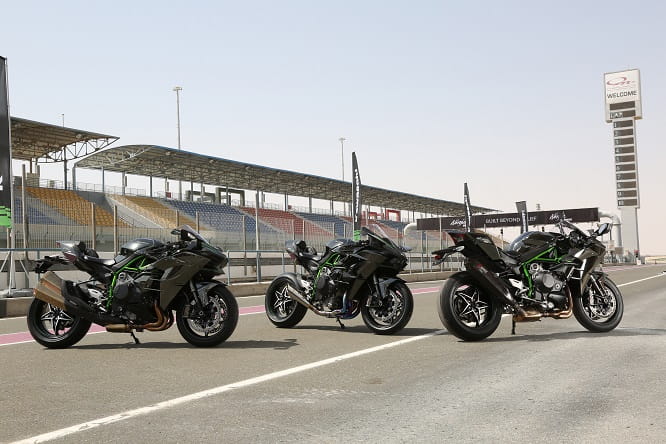 The two Ninja ZX10-R bikes ridden by World Superbike stars Jonathan Rea and Tom Sykes around the Isle of Man TT circuit last week, which were subsequently signed by both riders, will be the subject of a closed bid auction at World of Kawasaki.

Classic bike fans should take their pride and joy too as Dickies will be offering prizes for the oldest and cherished machines. And for the younger bike fans there’ll be a bungee trampoline, bouncy castle and minimoto to catch the attention.

If you fancy camping the previous night then the venue will be open from 6pm on Saturday 27th June for the sum of £20 with live music, a hog roast and a stunt performance from Lee Bowers.

Let other Bike Social users know if you’re going, click here for the What’s On Guide

More info is available at: www.worldofkawasaki.co.uk