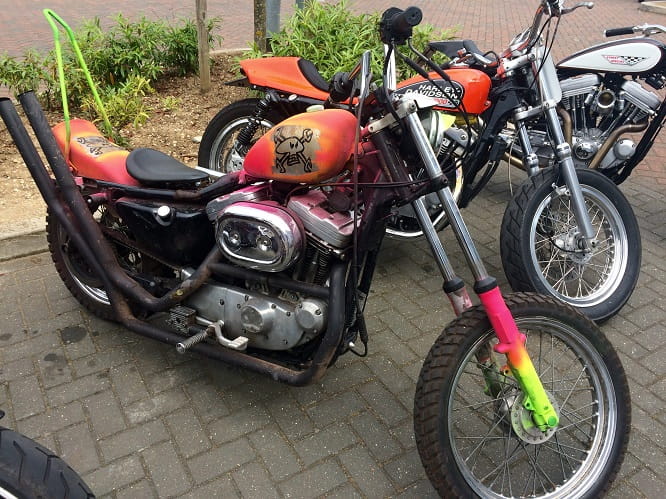 The final touches were added to Guy Martin's full factory-ish spec chopper/dirt bike this morning as the 2015 version of his mongrel race machine is readied for action at the annual Dirt Quake event later this month. 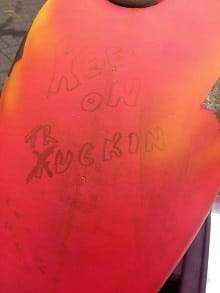 Longer front forks, an added sissy bar, the removal of the front brake and a brand new (10 minute) paint job are the upgrades on the 2015 version of the Krazy Horse prepared 1200cc Harley Sportster.

In 2014, the 33-year old from Kirmington, North Lincolnshire slid to victory in the chopper class at the 3rd annual Dirt Quake, held at the Norfolk Arena in Kings Lynn. The two-day event attracts motorcycles of all shapes and sizes and sees competition in the most non-conforming of manners on the speedway track. Scooters, choppers, mopeds and pretty much every bike designed never to be raced on a dirt oval are all loosely prepped for the most uncompetitive form of racing. However, when the flag dropped, the 16-time TT podium man beat the 12 other chopper riders from the UK and Europe after three 4-lap heats.

After the event, Martin said, “For me, it’s what motorbiking’s all about – cool motorbikes, different, not conformist. I turned up in my leathers and I thought ‘I haven’t got my back protector on’ – and then the man next to me, he’s in a short-sleeved T-shirt with his gardening trainers on.”

This year the event will be held on Friday 17th and Saturday 18th July with a full DTRA racing programme on the Friday evening and the main Dirt Quake event the following afternoon. Here's the event listing.

There will be plenty of other attractions, including the world famous Ken Fox Wall of Death, a children’s BMX race, a custom bike display, live music, plus a bar and DJ. 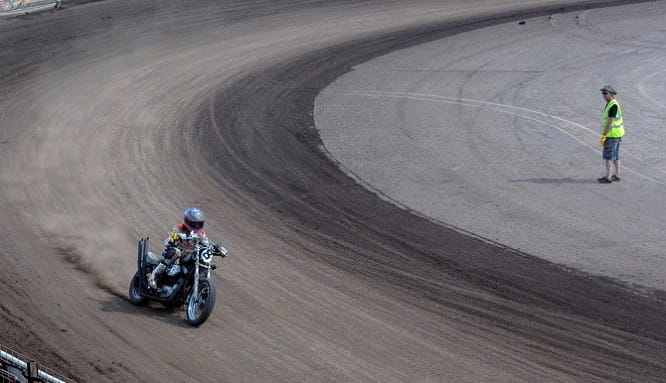 Are you heading to Dirt Quake IV?