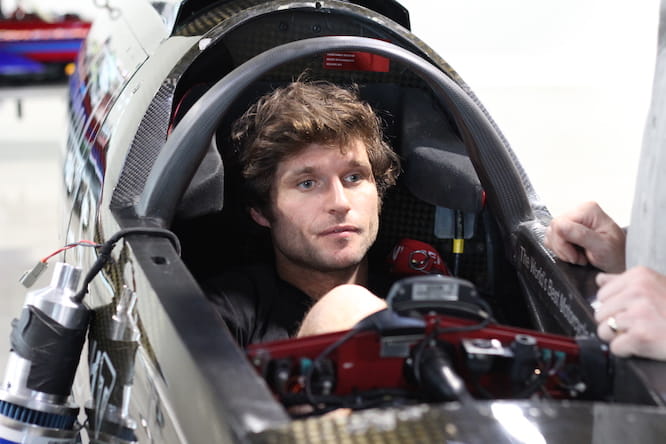 Guy Martin is set to attempt to break the motorcycle land speed record aboard a 1000bhp Triumph Rocket-powered streamliner next month.

Triumph has a long history in the land speed record books having held the title of ‘World’s Fastest Motorcycle’ from 1955 to 1970 with the exception of a brief 33-day period.

The existing motorcycle land speed record is held by Rocky Robinson, who recorded a speed of 376.363mph on the Top Oil-Ack streamliner in 2010.

The world record attempt will take place at the Bonneville Salt Flats in Utah between 23rd and 27th August 2015. Final testing for the project will get underway mid-July.