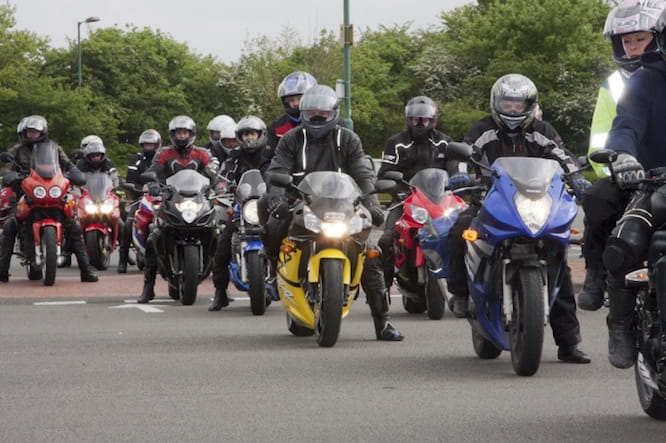 The 23-mile ride out starts from Meole Brace in Shrewsbury and finishes at the incredible setting of the RAF Museum Cosford near Wolverhampton, which is home to the Bike4Life festival.

Around 3,500 riders are expected on the ride out, which will be led by Hammond and I’m a Celebrity Get Me Out of Here winner Carl ‘Foggy’ Fogarty. Lead singer of British rock band Duran Duran, Simon Le Bon will also be in attendance as will former England rugby captain Mike Tindall.

The Bike4Life festival, now in its fifth year, raised over £30,000 for the Midlands Air Ambulance in 2014, a charity which operates one of the busiest air ambulance services in the UK but receives no Government funding.

Hammond, who has always been bike mad, owns a wide collection of bikes from the 1920’s right up to present day. His current daily ride is BMW’s R1200RT.

“I love riding bikes, it’s something I’ve done for as long as I remember”, said the TV presenter. “I plan to carry on doing it for a long time yet. It doesn’t matter how good you get, how skilled, experienced or advanced; it’s other motorists who perhaps aren’t as focused as you that will get you, and when they do it hurts.

“I got caught out twice last year, hitting the deck both times. I was lucky; not so badly beaten up. But I know only too well how important and vital the lifesaving work of the Midlands Air Ambulance is in critical situations. Often it can mean the difference between life and death, especially on rural roads and locations which are inaccessible for land ambulances to reach.

“The Bike4Life campaign is a great way for all bikers to come together and show their support for the great work of the Midlands Air Ambulance. Let’s be honest, nobody wants to require their services but when you do, you’re very, very glad they’re there.”

To register and join the 2015 Ride Out visit www.bike4lifefest.com. The event costs £5 with all proceeds going to charity.