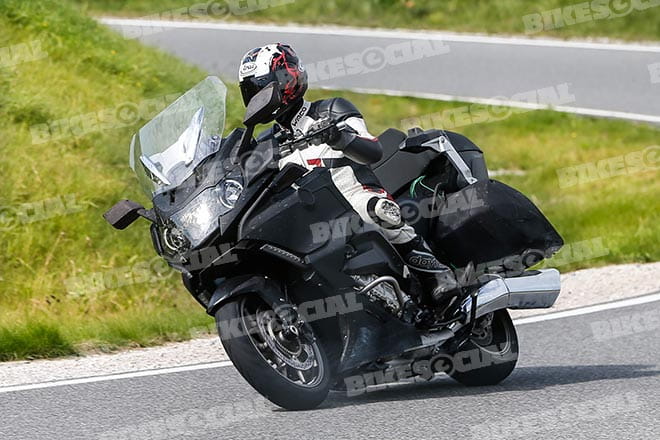 BMW’s in-line 6 super tourer looks like it’s getting a facelift for 2016 and we’ve got the shots of the near-production ready model in the final stages of testing in Germany.

However, a source close to the project confirmed that while the bagger will be on its way to the USA, there was indecision over its availability in Europe. They said, “It’ll only come to Europe if there’s enough interest”

The GT version is also likely to receive an update later in the year although only mild with slightly reworked fairings and new colours.

The visual upgrades to the GTL are fairly innocuous but do include flatter exhausts to accommodate for the larger Harley-style aerodynamic panniers. Other aerodynamic styling upgrades include the front fairings and wing mirrors. Noticeable too are engine crash protection bars as well as pillion arm rests which look like they’ll fold at the ‘elbow’.

The test rider in the shots is tall which equally makes the seat look low and the bars high but the existing K1600 range has a standard adjustable seat height of 749mm or 780mm with a taller version available at no extra cost which can be set at either 800mm or 830mm. The pillion seat appears lower than the current model resulting in the head rest also being lower. 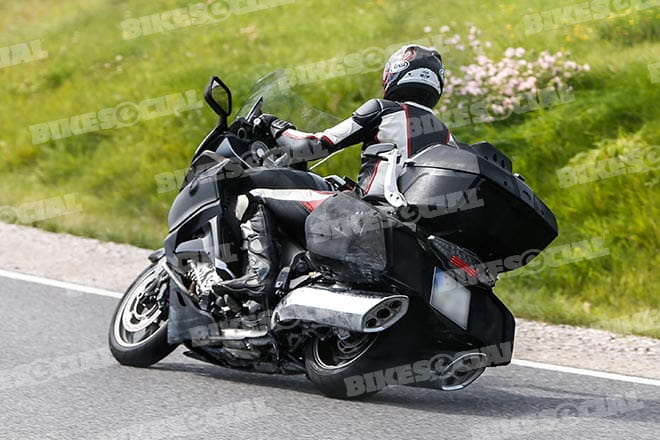 Continuing the game of spot the difference, flatter pillion pegs and minor amends to the shape of the adjustable wind shield are all subtle. 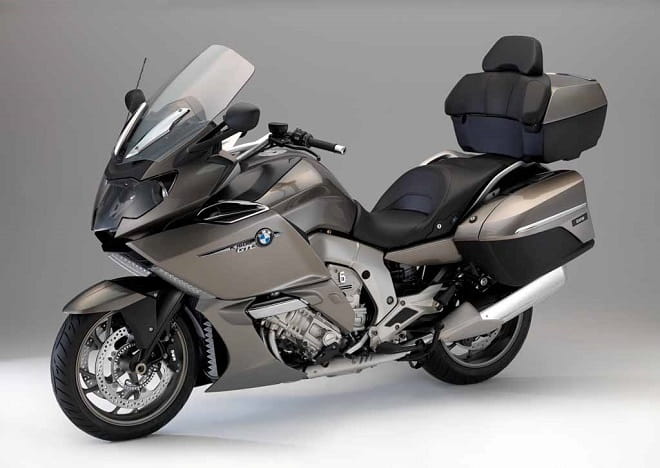 The GT and GTL have been around since March 2011 and the current model of the luxury tourer weighs in at 348kg (wet) with prices starting at £17,800. It has a wrath of BMW Motorrad’s super clever equipment which will be featured on the new version including the Duolever front suspension and Paralever at the rear. The optional ESA II (Electronic Suspension Adjustment) is adaptable at the touch of a button. Xenons, heated grips and seat, adjustable screen, cruise control and three power modes are all standard.

Is there a market for a super tourer like the GTL in the UK?  or !