Master Baker takes on a Ninja 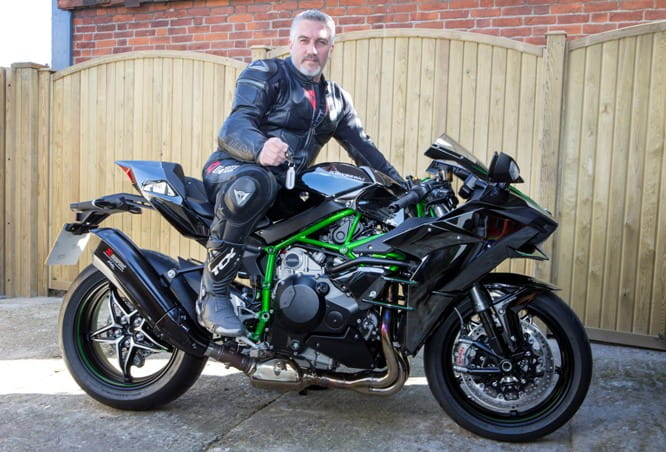 He’s usually in charge of a six-speed cake mixer but co-host of the BBC’s Great British Bake Off, Paul Hollywood, will soon be engaging the six-speed quickshifter of the supercharged Kawasaki Ninja H2 having taken delivery of his very own version today.

The 210bhp (with ram air), £22,000 machine that’s taken all the headlines since its announcement back in September of last year, is one of a limited number of machines for the UK market and the TV star signed up as soon as he saw it at the NEC last November. 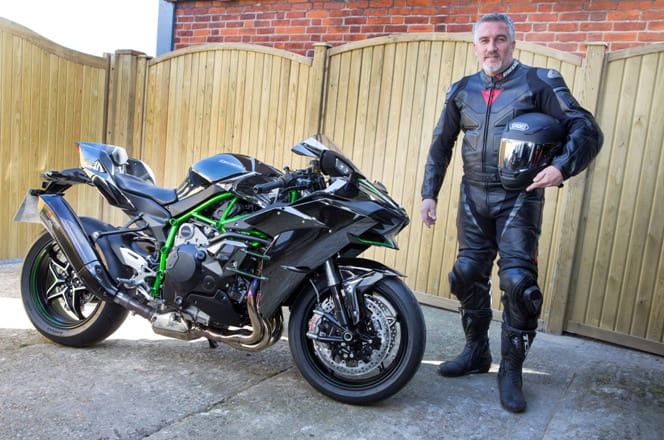 Hollywood said: “I was at The Good Food Show at Birmingham’s NEC at the same time that Motorcycle Live was taking place in the other halls. It’s an annual pilgrimage for bikers and being a confirmed petrol head myself I just had to have a look around.

Kawasaki had the track only version of my machine on a rolling road and its sheer presence - and the unique sound it made - convinced me there and then to put my name down for the road going version.

It was air-shipped from Japan along with a small batch of other enthusiast’s bikes and was the very first machine to be delivered in the UK. I am looking forward to the rush of owning and riding what is already considered to be a piece of biking history.”

Hollywood also owns a Ducati 1199 Panigale. Which would you rather have?