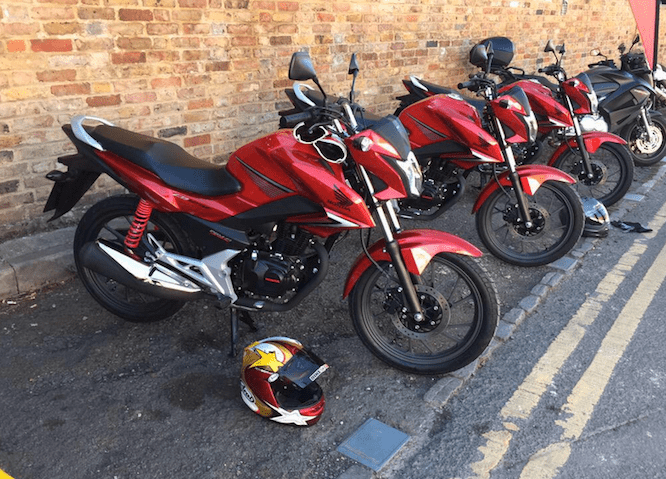 We’re currently at the European launch of Honda’s new CB125F in sunny Windsor and having just ridden our first 30 miles, here are a few first thoughts.

The 2015 CB125F is the successor to the ever-popular CBF125, which has been the UK’s best selling bike (not including scooters – Honda have that one too with the PCX!) since 2009 and it’s really not hard to see why.

The CBF125 was never expensive, but Honda has knocked a further £200 off the new model which costs just £2,499, that’s £100 cheaper than the Yamaha YBR125. For your money you get a sturdy, easy to ride 125cc bike from a manufacturer renowned for reliability with dealerships in every town. 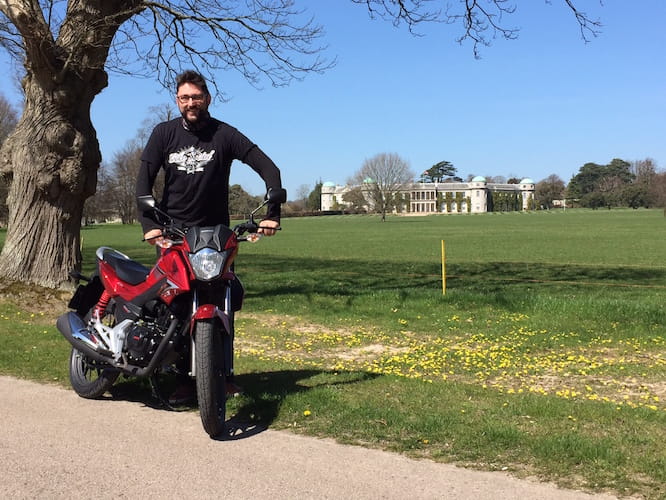 The new model has been restyled, has a new chassis and is essentially new from the ground up to bring it more inline with the rest of the CB family, which includes the A2 licence compliant CB500F and A-class CB650F.

So far we’ve found the CB125F such an easy bike to ride – as a learner you could instantly get on and feel at ease. This is helped by improvements to the model’s fuelling which make everything a little smoother.

The best part of our day so far? Being slip-streamed by Honda UK’s Head of Bikes… He wasn’t so fast when he pulled out to make the overtake!