Commuters spend more than 5 days per year sitting in traffic. Why don’t they ride? 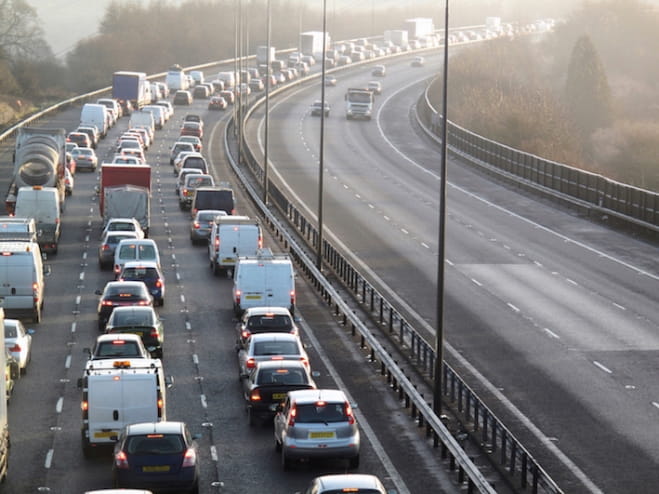 Commuters spend more than 5 days per year sitting in traffic. Why don’t they ride?

There's never been a better time for commuters to switch to two wheels, according to a survey out yesterday (March 31 2015), revealing that traffic jams in Britain’s cities are getting worse.

Average UK journeys in 2014 took 29% longer than they would in free-flowing traffic – up from 27% in 2013, the navigation specialist TomTom's annual Traffic Index shows.

TomTom collated 12 trillion pieces of traffic data, to reveal that the evening rush hour is by far the worst time of day to be on the roads: congestion levels double in nearly every UK city during evening peak hours.

In 2014, a typical UK city commuter with a 30 minute drive home spent an extra 66 hours stuck in traffic than they would have done on a free-flowing road. Added to the 63 hours stuck in morning traffic, that’s 129 wasted hours in a year.

Belfast is the most congested city in the UK, with journey times 39% slower than free-flow traffic throughout the day, and peaking at 82% longer in both the morning and evening rush hours.

Second is London with journey times 37% slower, rising to 67% in the evening peak. Edinburgh is the third most congested city, with travel taking 36% longer on average and 71% longer in the evening rush hour.

Dropping two places to sixth is Bristol, with congestion down from 32% to 29%.

We should think ourselves lucky though, Istanbul is now the most congested city globally with congestion at 58%, rising to a whopping 109% in the evening peak. Mexico City (55%) is in second place, followed by Rio de Janeiro (51%).

Ralf-Peter Schaefer, Vice-President of TomTom Traffic said the solution is not just down to those who manage the roads, employers should also take responsibility: “Road authorities and local governments can use traffic data to better manage traffic flow and businesses can plan smarter working hours, so their employees avoid travelling during rush hour.”

Alternatively, those on four wheels could switch to two: a study undertaken by the RAC estimated that travelling by motorcycle instead of car or public transport, can save the average commuter up to three hours a week. That's six and a half days a year. 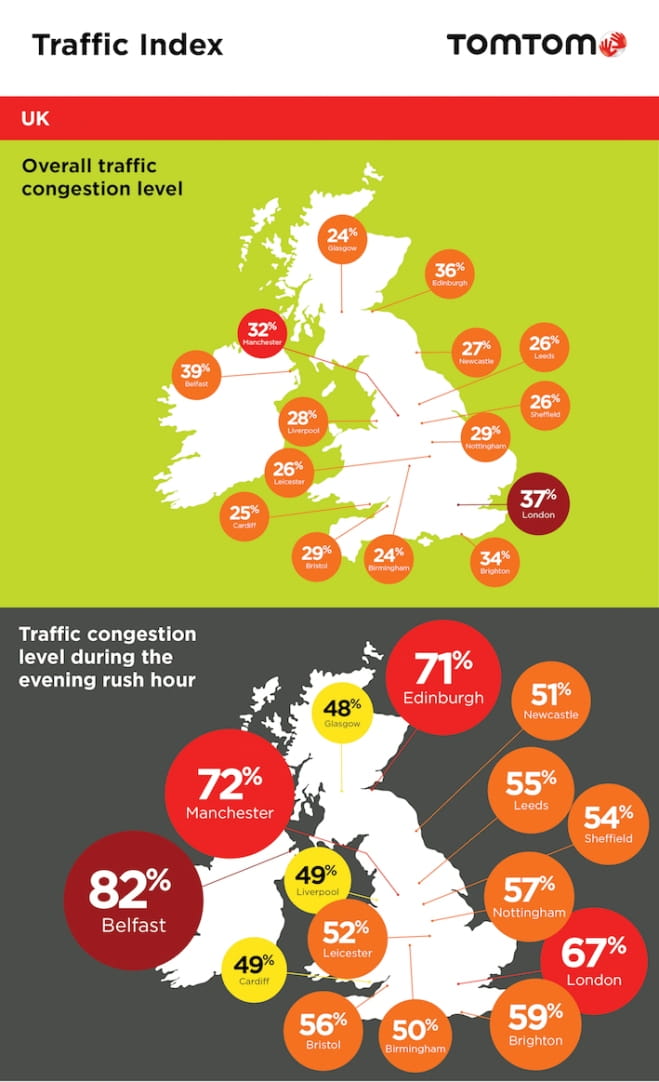 How's the traffic in your area?