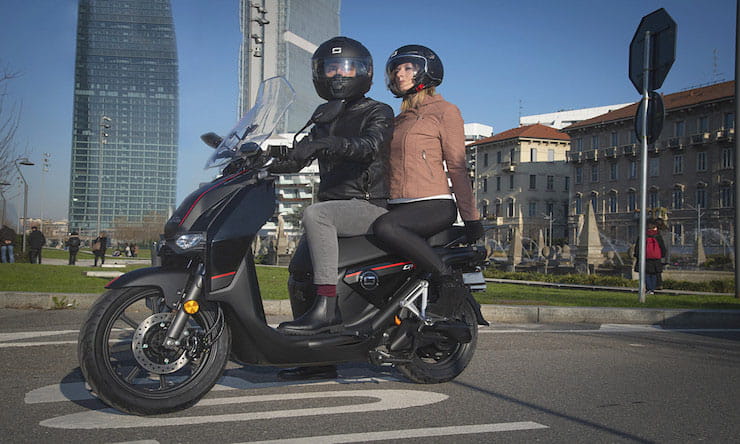 Turn on the television or open a magazine (a what? - Ed) and it’s difficult to ignore the eco-conscious message being pedalled by four-wheel manufacturers touting their green-tinted credentials with a plethora of new electric and hybrid wares.

In short, the motoring landscape is changing… largely because it has to. Come 2035 (possibly earlier) no motorised vehicles in the UK and much of Europe will be permitted for sale with a conventional ICE fuelled from the fossil.

In four-wheel terms the transition is already happening with an increasing number of vehicles rolling out of dealerships drinking from a plug, rather than the fuel pump.

While the shift towards electric can be attributed to many factors, if there is one halo name used to extoll the benefits of EV motoring, it has to be Tesla, the American firm having gone from quirky start-up to mega-bucks household name in just over ten years.

It’s an all-encompassing talisman for the movement that has so far been very lacking in the motorcycle industry, which by contrast has not just been slow but actively reluctant to consider electric power.

But while community opinion remains disinclined - to put it kindly - it doesn’t mean change isn’t happening, so much so that you might be surprised to know an electric PTW (powered two-wheeler) cracked the overall top ten in the UK sales charts for the very first time. 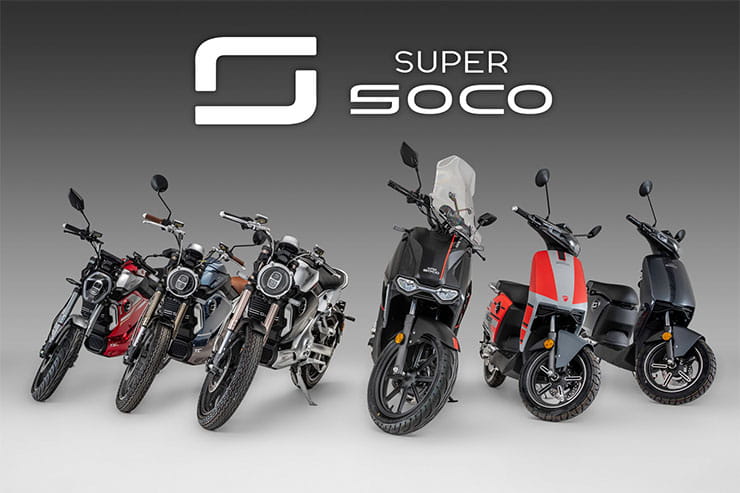 “We’re the electric version of the Yamaha NMAX and Honda PCX - nobody else has got that. That’s why the CPX has done so well,” Richard Jordan, founder of the UK arm for Super Soco’s parent company Vmoto, says.

A bold claim but one that isn’t unfounded based on Super Soco’s swift rise up the sales rankings in a remarkably short space of time, going from shifting barely any units in 2018 to selling just over 2,000 in 2021. Sitting tenth in the overall rankings, the CPx is the fifth best-selling scooter in the UK, while Super Soco commands 30% of the growing EV market share.

Right place, right time goes some way to explaining Super Soco’s burgeoning success. While car owners are willing to accept the greater initial outlay of buying electric with ensuring a more premium product, it works better the other way in terms of smaller two-wheelers where there is less need for a long-range and costly powertrain.

While Vmoto itself originated in Australia, the brand has flourished and expanded with backing and manufacturing in China, which has kept costs down to ensure the CPx at £3,999 remains competitive with petrol powered scooters (PCX - £3,299 / N-Max - £3,399) that are more expensive to run.

“That’s because it goes 300 miles on a charge, and costs about 35-40 grand. Once you tick those two boxes, there’s not a lot that can stop you.

“Electricity to run a vehicle is just better. If you look at the energy of an internal combustion engine, it’s anything between 85%-90%. An electric motor is between 5-10%. To put it the opposite way around, internal combustion engines are maximum 15% efficient, and electric systems can be up to about 92-95%. There’s a lot more usable energy. That has always appealed to me.”

Coupled with a boom in fleet sales from delivery companies such as Deliveroo, Amazon and Getr just as COVID-19 consigned us to our locked down homes, Super Soco has been well placed to capitalise on the greater demand for economical and durable no-nonsense run-arounds.

“Sales are about 70% fleet. The issue is they’ve got the “If it ain’t broke, don’t fix it” mentality. Which, if you rely on one machine for your livelihood, I guess you’re going to take that.

“We’ve got a lot of enquiries in terms of an eventual product for those guys, for the delivery structure is basically self-employed. So, they’re responsible for their vehicles. We’ve got a fleet CPx with Just Eat as well. They provide the vehicles so they actually employ people to get on their vehicles. In terms of attracting customers from the privateer market, we’re going to need to come up with a product that de-risks it for them.” 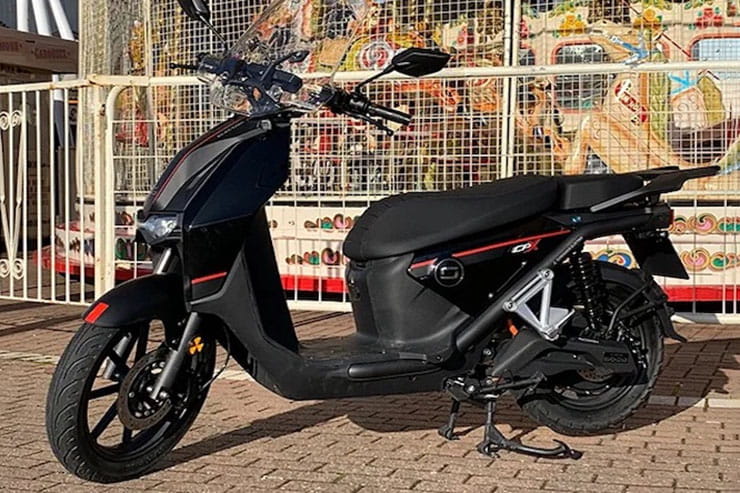 One of several start-up companies committing to an all-electric range early on in a bid to corner a trend that while modest now is only set to grow, while Super Soco has comfortably widened its wedge of the EV pie chart, it won’t be long until its place on the throne is challenged.

Indeed, though the likes of Honda and Yamaha have been fairly slowly in forging its electric road map, EV scooters are set to form its first eco efforts. Yamaha - which commands the UK sales charts with the N-MAX - will be the first to strike with the E01, a sister model the equivalent of a 125 that goes head-to-head with the CPx.

However, Jordan doesn’t foresee Yamaha et al. as a threat to Super Soco’s wealthy position, saying their hesitance to bring an electric model to market demonstrates concerns it will cannibalise their own petrol scooter sales.

Coming back to the point that electric two-wheelers are only attractive if they are as affordable to buy as their petrol rivals, Jordan doubts Yamaha and Honda can hope to offer anything as cost-effective as the CPx by comparison.

“These guys have been saying that they’re going to release an electric for the last four or five years. They never seem to fully get their ducks in a row, either in terms of cost or capability. You’ve got to remember that these guys are making huge margins on the legacy vehicles and petrol vehicles.

“They simply won’t make as much money on electric. They’ve got to compete with us, and our cost space is probably significantly lower than theirs. So, I think if they were going to do it, they’d have done it already.

“They’ve all been dipping their toe in, but they don’t want to compete away their competitive edge when it comes to petrol. So, in terms of how worried I am, the answer is no.” 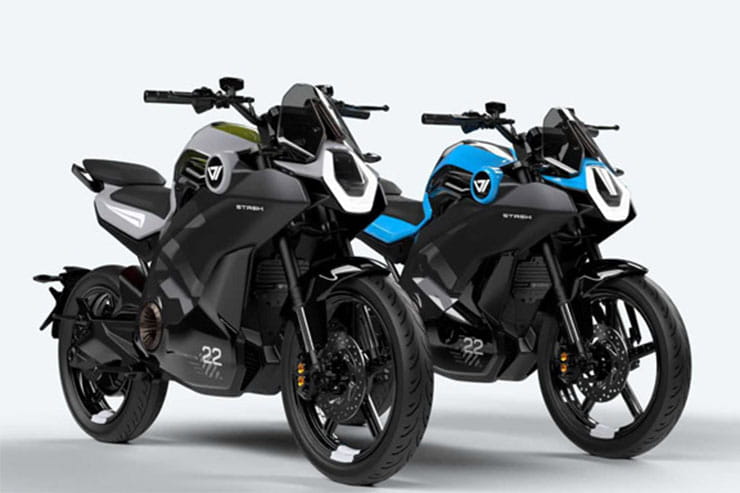 As such, Jordan is confident Super Soco’s exponential growth over the last couple of years won’t slow down as more rivals hit the market, with 5,000 sales being targeted for 2022.

It is hoping to reach this target with the help of the company’s first full-sized motorcycle, the Vmoto Stash.

Wearing the title of Super Soco’s parent company to signify its ‘premium’ shift, the Stash is designed as a 125cc equivalent motorcycle rivalling the big-selling Honda CB125F and is targeted at existing CPx owners looking to upgrade.

“I think it’s a really good-looking bike,” Jordan continues. “They’ve done the design work and I think it’s the product of some new collaborations with some new designers. It’s a really nice-looking machine. They’ve talked about the practicality, and you’ve got space for a full-face helmet (hence the name ‘Stash’).”

“It fits in quite nicely between our top bike and the slightly lower models. It fills a gap. It’s the start of these vehicles starting to evolve. We’re coming out with a much more polished looking product with some mechanical changes, mechanical improvements.”

For now, electric accounts for a small portion of overall motorcycle sales in the UK at just 5%, but this is a figure that doubled compared with 2020 and is well placed to do so again in 2022.

So, as other manufacturers choose their moment to ride against public opinion about electric motorcycling before bringing out their own options, the path is cleared for Super Soco to make significant headway in the meantime.

After all, as Jordan himself puts it, ‘petrol’s days are numbered’.