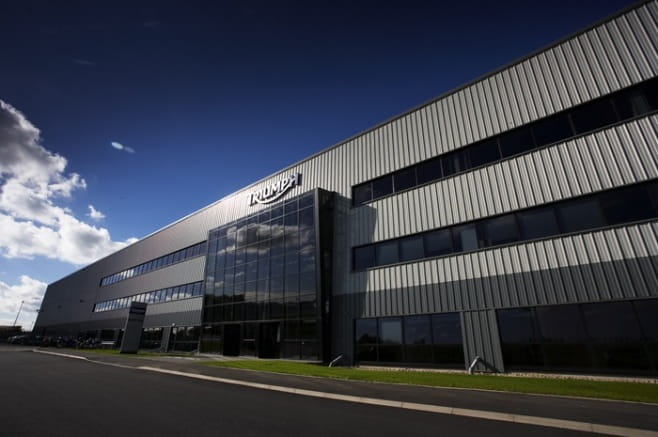 Most famous revival of all began when the rights to manufacture Triumph motorcycles were bought at the liquidation sale of the original Meriden concern in 1983 by property developer John Bloor. He promptly licensed the rights to Les Harris to produce the old Bonneville in small numbers while an all-new range of bikes underwent secret development in Hinckley. These were then unveiled at the Cologne Show in 1990. Today ‘new’ Triumph is bigger than the old ever was, producing around 50,000 machines a year. Meriden was demolished in 1984 and is now a housing estate. Daytona Drive and Bonneville Close are two of the addresses. 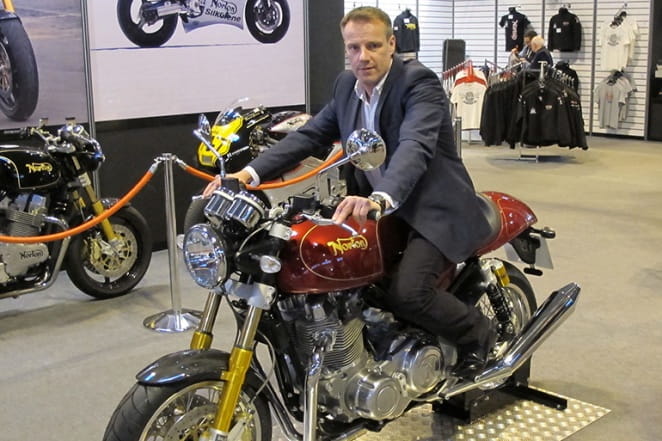 A world-beater, particularly on track in the ‘30s and ‘50s, finally collapsed, like Triumph, in the mid-‘70s only to go through a murky series of ‘re-boots’ for the next 30 years. The rights to Norton, along with a rough, new American Commando prototype, were bought by Midlands businessman Stuart Garner in 2008 and a re-engineered version of the air-cooled twin unveiled in 2009. Despite teething problems, small scale production and increasingly international sales have grown ever since with the company expanding from an industrial unit at Donington Park to new Donington Hall premises in 2014 and an increasingly competitive TT racer. 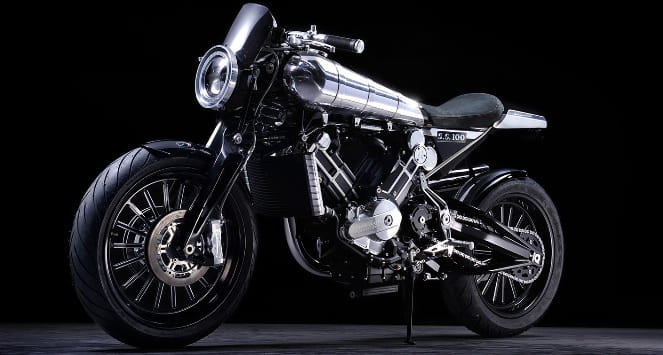 Dubbed the ‘Rolls-Royce of motorcycles’ in its pre-war heyday, made famous by ‘Lawrence of Arabia’ TE Lawrence, and regularly achieving world record auction prices as the most revered classic of all, Brough Superior are back in production over 70 years after the last original SS100 was built in Nottingham in 1939. George Brough’s original factory stopped producing its legendary, exotic V-twins on the outbreak of WWII but the rights were bought by ex-pat Brit Mark Upham in 2008. He’s teamed up with French firm Boxer Design and the resulting all-new machine, also called the SS100, was unveiled in November 2013. The first bikes, costing around £50K, are due later this year. 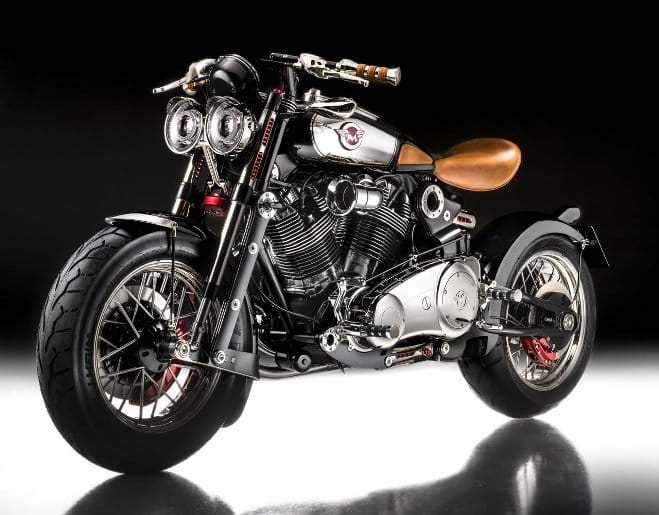 Once Britain’s leading bike manufacturer and central to the enormous AMC concern, the Plumstead-based firm effectively ceased to exist in 1966 (although a short-lived, Rotax-powered ‘Matchless G80’ was released by Les Harris, see Triumph, in 1987). The rights to the brand were purchased in 2012 by the Italian Malenotti family, who’d recently reinvigorated then sold on the British Belstaff clothing line. Matchless was then relaunched, first as a similar clothing line famously modelled by Kate Moss. The first new Matchless motorcycle, dubbed the ‘Model X Reloaded’ and inspired by the original Matchless Model X built 80 years earlier, was unveiled in November 2014. 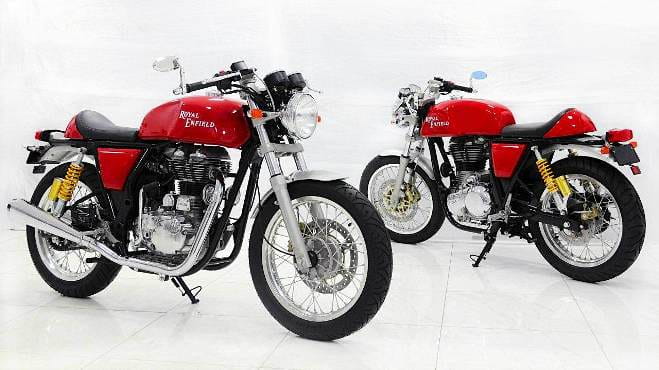 Odd one, this. Like many, formed out of a cycle/armaments company, for the past half century this former powerhouse has essentially been an Indian company following the growth of subsidiary Enfield India in the ‘50s and ‘60s and closure of the Redditch factory in 1967. In India, it remains massive: a new plant in Chennai has an annual capacity of nearly 300,000 (albeit slightly old-fashioned, single-cylinder) machines annually. Under dynamic new CEO Siddhartha Lal, however, things are changing fast: a brand new ‘Technology Centre’ has been set up in Leicestershire under former Triumph Product Planner Simon Warburton and Royal Enfield have also announced a new UK production facility is also imminent. 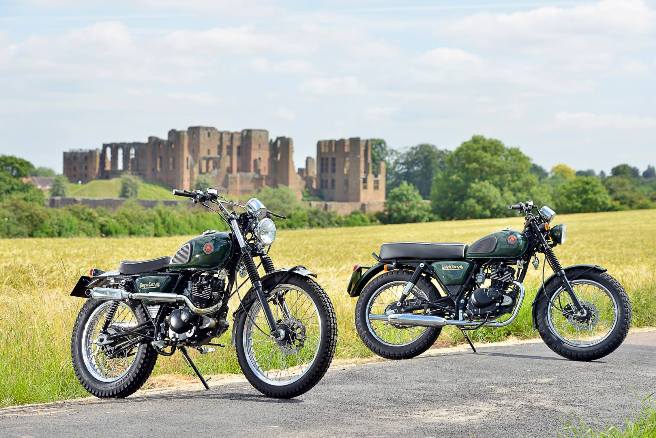 Founded in Coventry in 1919 by Gordon Inglesby Francis and Arthur Barnett, ‘Franny-B’ rose to prominence for being light, affordable commuters based around Villiers and later AMC two-strokes. Taken over by Associated Motor Cycles (see Matchless) in 1947, the firm remained in business producing machines usually named after birds, such as the Falcon, Hawk, Plover and Snipe, until 1966. The rights to the name were bought by Coventry engineer and bike enthusiast Andy Longfield in 2011 and a new company was launched in 2015 offering two bikes, the trials-style Merlin and the retro-roadster Kestral, both based on the Chinese-built HMC Classic. 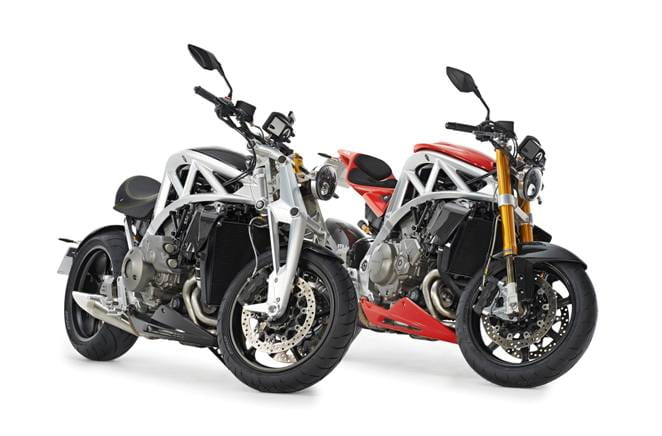 One of the most innovative of all British motorcycle marques was founded by in 1870 after patented wire wheels for a lightweight penny farthing dubbed ‘Ariel’ took off. More success came in the ‘30s with the Square Four and Red Hunter then, in 1959, and now under BSA ownership, it produced the innovative Leader 250cc two-stroke. Sadly, its Selly Oak factory was closed in 1962 (student accommodation for nearby Birmingham University is now on the site) and its last motorcycle was produced in 1965. Automotive designer Simon Saunders founded a new Ariel Motor Company in Crewkerne in 1999, becoming reknown for its ultra-lightweight Atom sports car. It’s first motorcycle, the Honda-powered Ace, debuted last year. 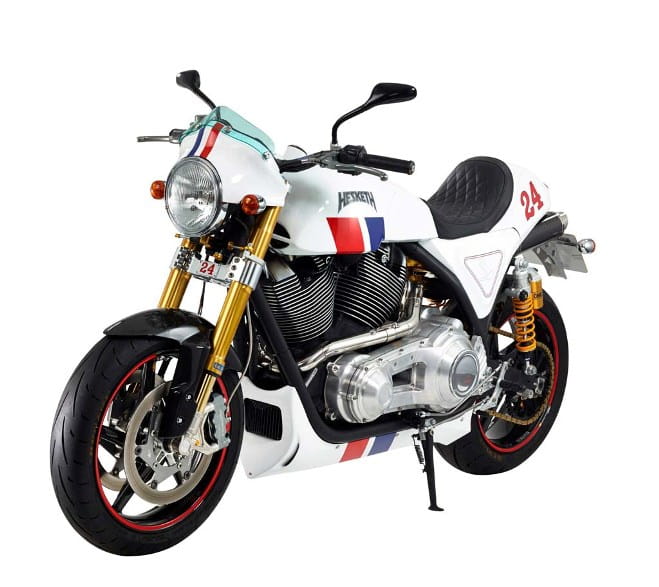 Less historic, perhaps, than some, Hesketh Motorcycles was originally formed in 1980 by flambouyant Lord Hesketh at Easton Neston, Northamptonshire, to fill the void of the F1 racing team made famous by James Hunt. Despite handsome styling, engineering woes and poor reviews led to the business failing twice after the production of just 139 V1000s. From 1984 the marque was kept ticking over by Mick Broom of Broom Engineering who finally sold it to Paul Sleeman in 2010. Relocating to Redhill, Surrey, Hesketh Motorcycles unveiled its first new handbuilt machine, the ‘24’, inspired by Hunt’s F1 car and powered by an American S&S V-twin, in 2014. 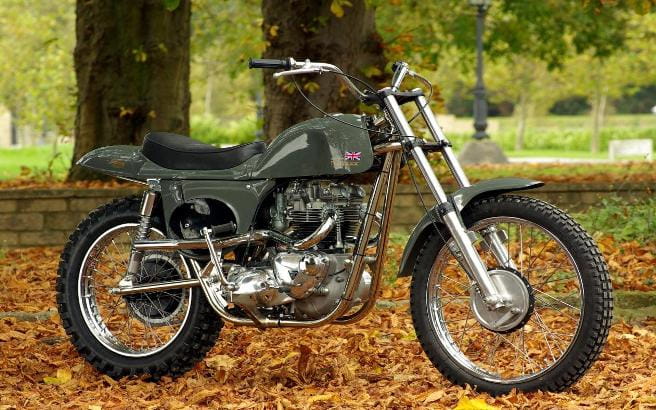 Never a volume, mainstream manufacturer Metisse or – strictly speaking, the Rickman Metisse – was a world-beating motocrosser created and produced by Don and Derek Rickman using ancilliary British engines. Rickman, which also produced fairings, luggage and more, ceased Metisse production in 1980, but the rights passed on, with production aimed at classic racers, continuing. Today, invigorated further by Gerry Lisi, Metisse build frames, ancilliaries, a complete tribute machine called the Steve McQueen Desert Racer modeled on the machine the actor raced in 1966 and 1967 and are developing an all-new 997cc twin cylinder cafe racer first shown in 2011 but yet to be officially launched. 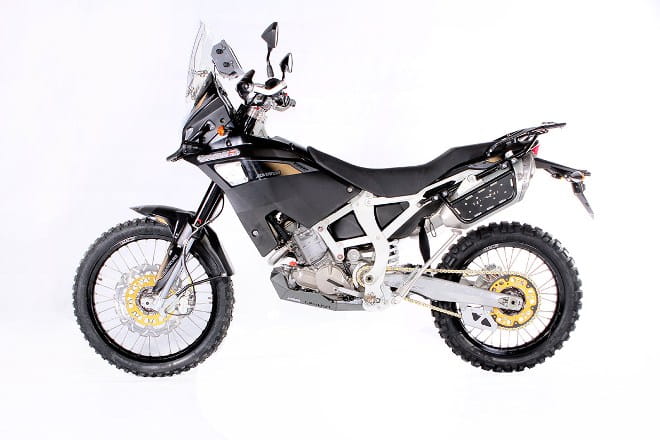 Following various changes of ownership and ultimately bankruptcy in 2004, Clews re-acquired the assets and re-directed the firm back into off-road sport. In 2013 it launched its radical, ‘bonded’ GP 450 ‘entry-level’ adventure bike.

Are there any we've missed?