Scrambler Ducati: the history and success

Can you believe it’s more than four years since Ducati unveiled the Scrambler in its original 803cc form?

It came after what must be the most excruciatingly drawn-out teaser campaign in the history of motorcycling, filled with hipster clichés of surf boards and moustaches, strange references to ‘Land of Joy’ and including a weird run of stop-motion, clay-figure animations that ran up to the bike’s preview at WDW (World Ducati Week) 2014, where it was hidden inside a bright yellow shipping container.

A Ducati press release at the time of the Scrambler’s launch encapsulates the oddness with these words:

“Franco, a man from 2078, is catapulted by a time machine back to the Woodstock festival of August 1969 where he meets and falls in love with both Scrambler Ducati and Elvira. They joyously elope on the bike, yet before the two can even kiss the time machine hurls them forwards to the present day, to 2014. Franco and Elvira find themselves directly in front of the fabulous “yellow container” - first visited by Ducati employees and then the enthusiasts who flocked to WDW 2014 - from which they exit astride the new Scrambler Ducati.”

Of course they did. 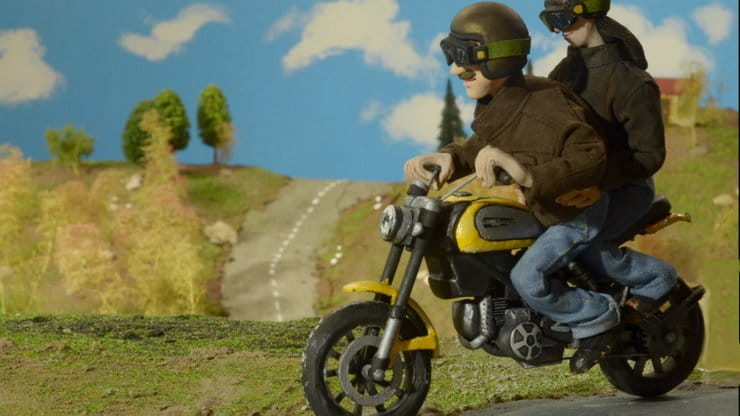 Fortunately, the Scrambler itself turned out to be a rather more cohesive creation than the addled marketing campaign that preceded it.

The firm saw its overall sales rocket by more than 20% immediately in 2015 on the basis of the Scrambler alone. It wasn’t just Ducati’s best-selling bike, but it outsold the next-most-popular model, the Multistrada 1200, at a rate of two-to-one. Rarely, in the history of any bike brand, has a single new model made such an instant impact on the company’s performance. Ducati sold 54,800 machines sold that year – nearly 10,000 more than it had in 2014 – and around 16,000 of those worldwide sales were Scramblers. 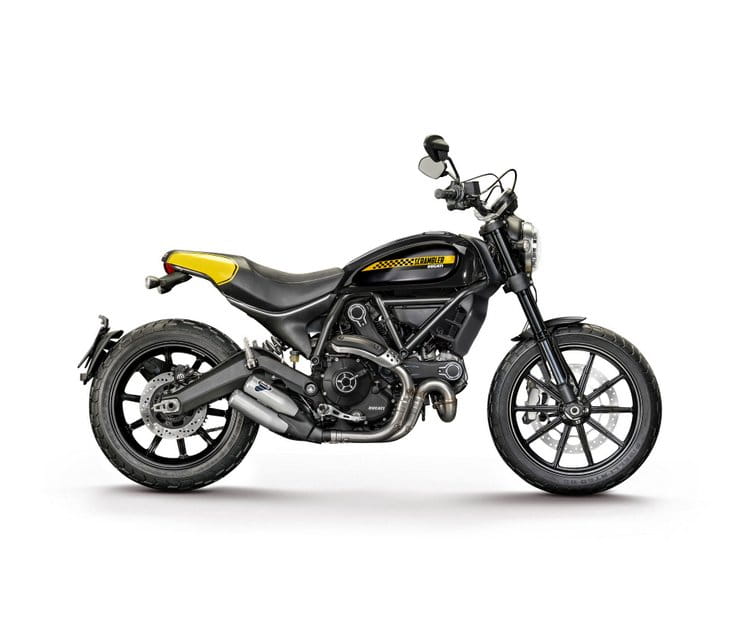 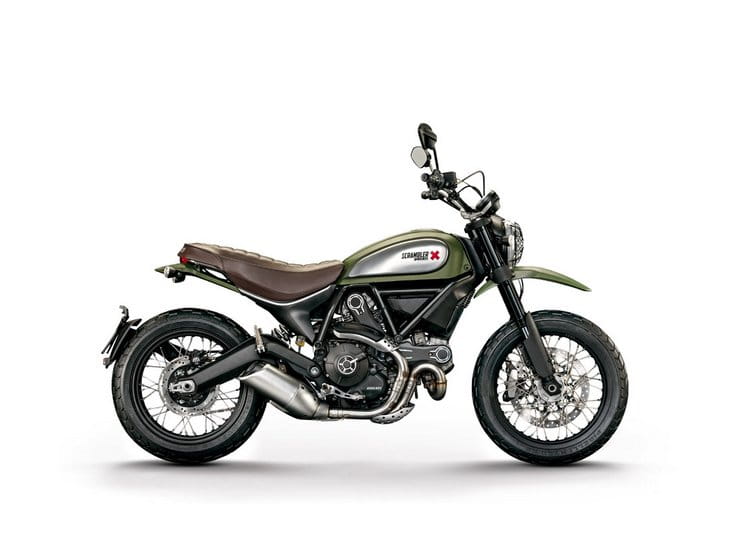 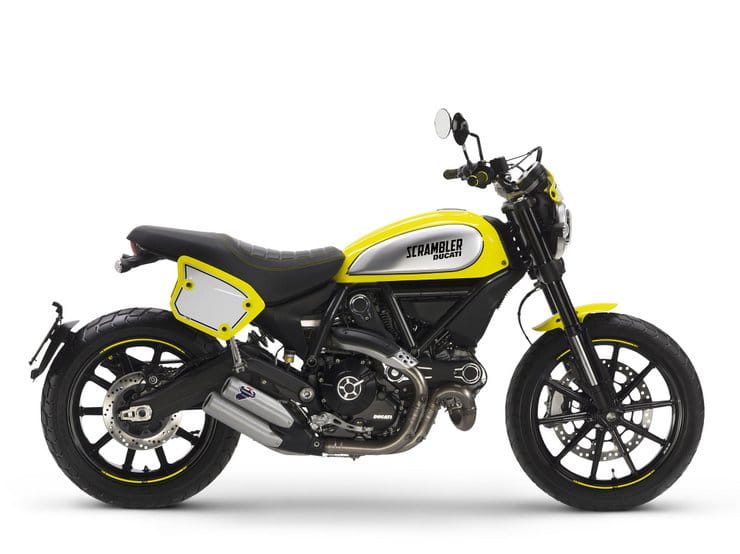 With an instant hit on its hands, it’s no surprise that Ducati swiftly looked to expand the Scrambler range.

At launch, there were four versions of the bike. The entry-level Icon, originally £6895, was accompanied by the Full Throttle, Urban Enduro and Classic, all priced at £7995 back in 2015. Mudguards, bars, seats, paint and wheels were the elements that distinguished the different types of Scrambler, with all sharing the same chassis and 803cc, 73hp, air-cooled V-twin.

With the bike’s success, the race was on to make it even more appealing, and that meant spreading the range to appeal to a wider audience.

By late 2015 Ducati’s marketing machine was back on the case. Franco and Elvira were gone, thankfully, but in their place came Bart and Betty, an anthropomorphic ape and his BMX-riding, erm, girlfriend? Gone were the Camberwick Green-style stop-motion animations, in their place came a series of comic book cartoons. It was still weird. 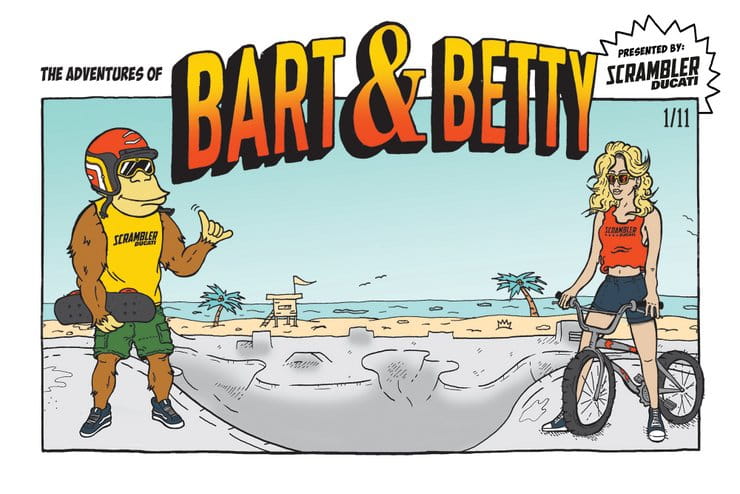 Again, the bikes proved better than the marketing campaign, with late 2015 seeing the introduction of the 399cc, 40hp Scrambler Sixty2 and the short-lived Flat Track Pro, which came with number boards on the sides and front.

But Ducati was still only doodling in the margins of the Scrambler’s possibilities. It would be another year before we got to see a more significant set of changes with the introduction in late 2016 of the Cafe Racer and Desert Sled models. The former was still closely related to earlier iterations, gaining a pillion seat hump and dropped clip-on bars to suit its name. The Desert Sled pushed more towards the real ‘scramber’ end of the scale, effectively replacing the Urban Enduro and adding a much more serious off-road look.

They helped push 2017’s Scrambler sales to 14,061, down a fraction on previous years but an impressive proportion of Ducati’s overall 55,871 sales. 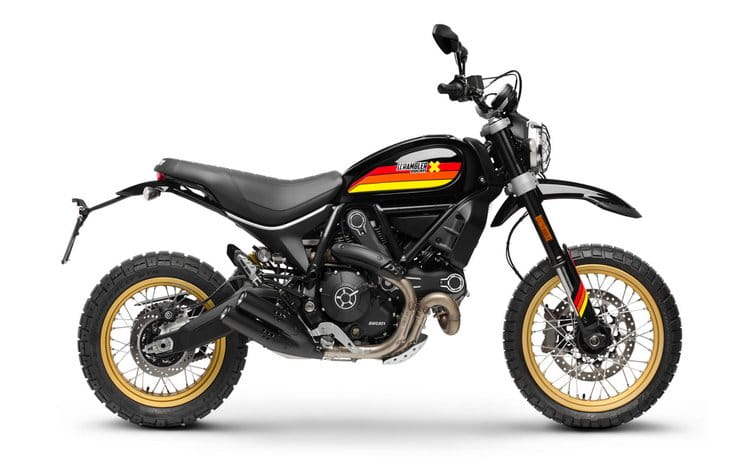 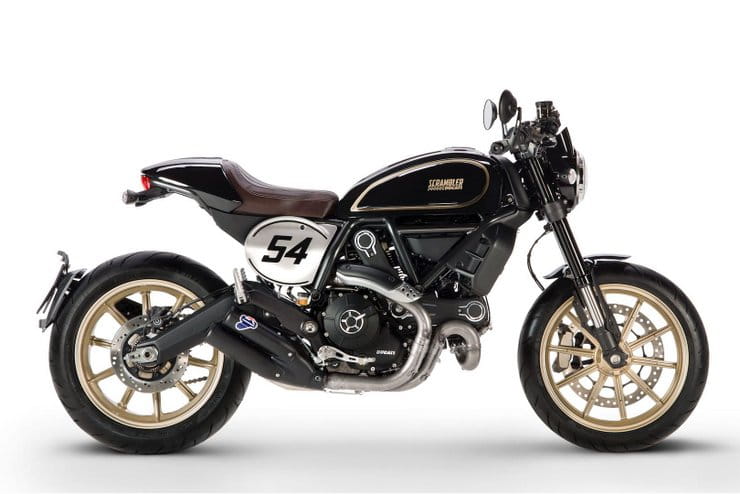 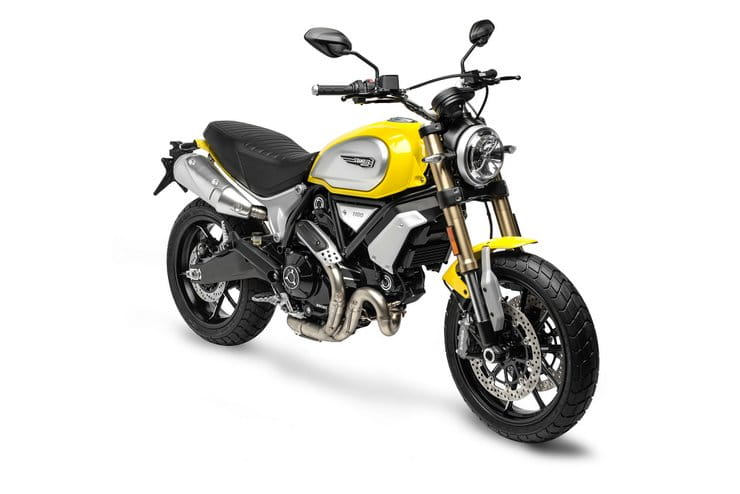 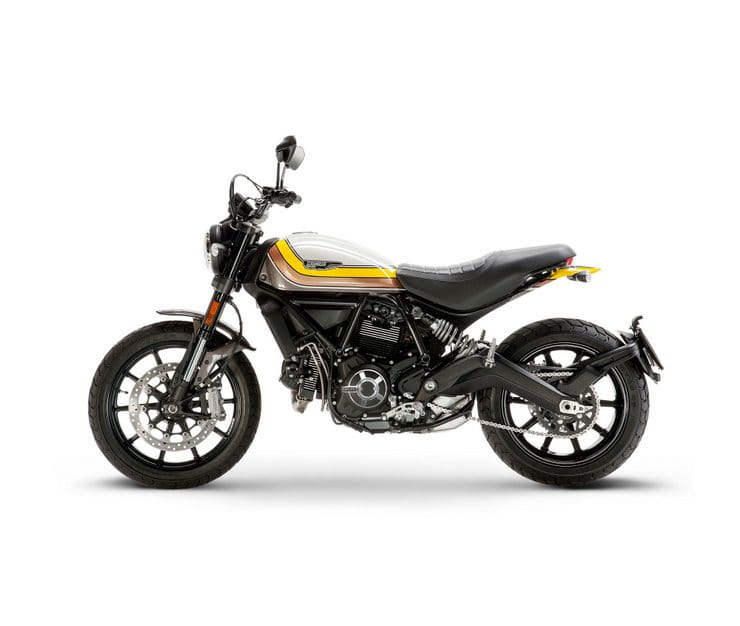 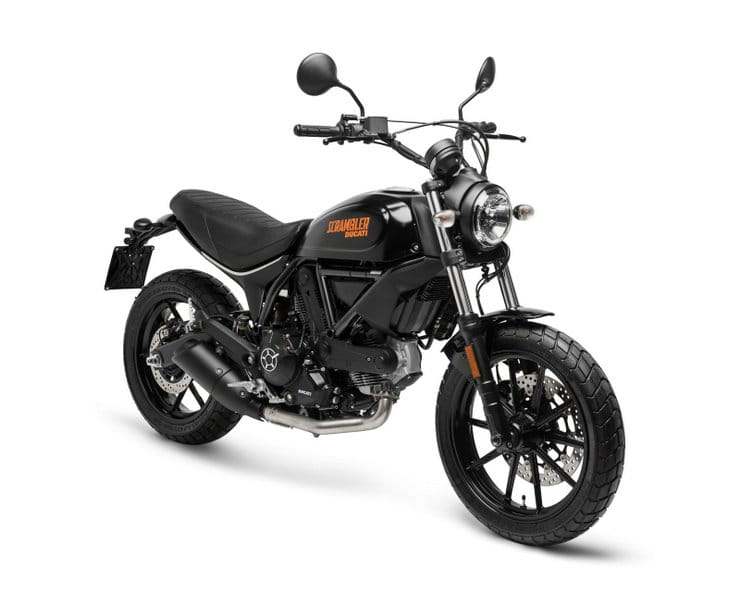 2018 brought another round of new Scrambler models, with the focus on the addition of the new larger-engined version, which comes in ‘1100’, ‘1100 Special’ and ‘1100 Sport’ forms. As the name suggests, they have extra capacity with the 1079cc version of Ducati’s classic air-cooled twin. That pushes power to 86hp.

Ducati also added the ‘Hashtag’ version of the original 803cc bike, with the twist that it was sold only online, plus the 70s-inspired ‘Mach 2.0’ and the more subtle ‘Street Classic’.

However, sales of the Scrambler 800 have started to fall off, even in its Italian homeland, and so far the 1100 model isn’t taking up the slack. Will the revamped 2019 Scrambler revive its popularity? Only time will tell.