But on paper the bike is impressive. We’re set to ride it next week at the world launch, and in theory the R is lighter, faster and has more low-down torque than the top-selling BMW R1200GS. We reckon the new R1200R will be a weapon way beyond its slightly sit up and beg looks.

Okay, so it may not have the outward attitude of the BMW Roadster Concept that was launched last year as the original basis of the roadster idea, but the specs look intriguing and BMW are hinting that it will handle like a sports bike in their press notes too. Three versions will be available next February: The £10,250 standard R1200R, the ESA and traction-control equipped R1200R Sport at £11,060, and the top-spec R1200R Exclusive at £11,910. All prices are on the road.

Here are five reasons we’re excited about the R1200R: 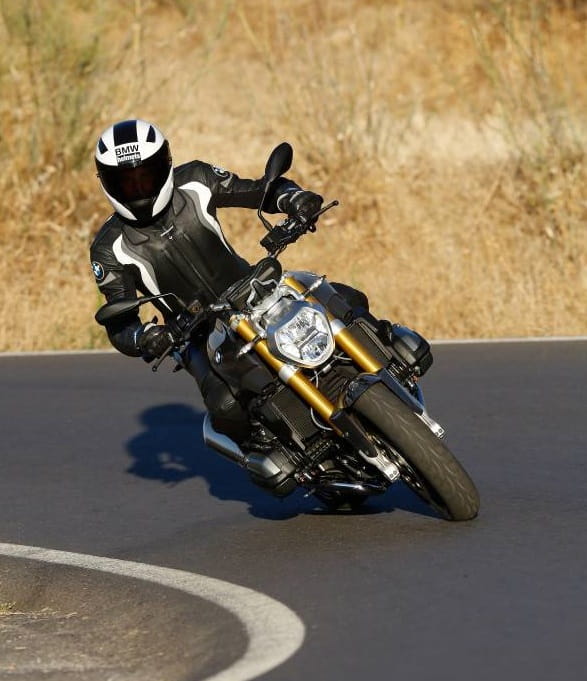 2) The motor makes 125 horsepower and 93ft-lb of torque at just 6500rpm, but more importantly it makes more torque at low revs than the GS, RT and GS Adventure, with 74-ft-lb of torque constantly available throughout the rev range. That should equal loads of grunt off the corners, just the way we like it.

3) The R1200R has the option of Gear Shift Assistant Pro which means clutchless downshifts and upshifts. It also blips the throttle on downshifts so you sound like a MotoGP rider on the brakes as the revs rise to match the engine speed. It’s not automatic, as you still need to pull away as normal and use the gear lever to change cogs, but having tried it on the BMW R1200RT we reckon it will work great on the R. 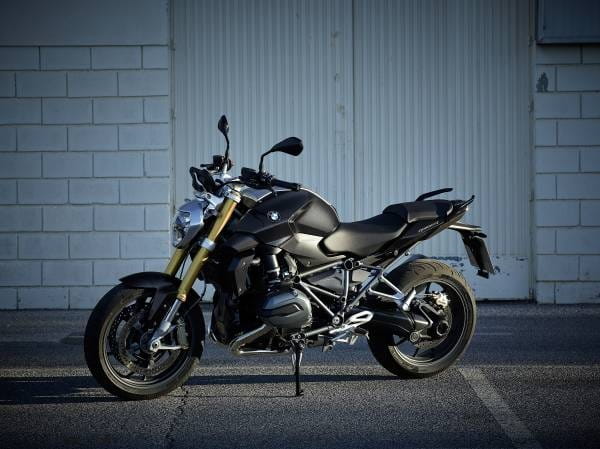 4) It has proper upside down forks. Like the RnineT, BMW has opted to scrap its telelever front end on this naked bike and use upside down front forks. The design of the 45mm stanchions is based on the BMW S1000RR superbike. The wide bars mean plenty of leverage, which in turn means chuckability in the bends. 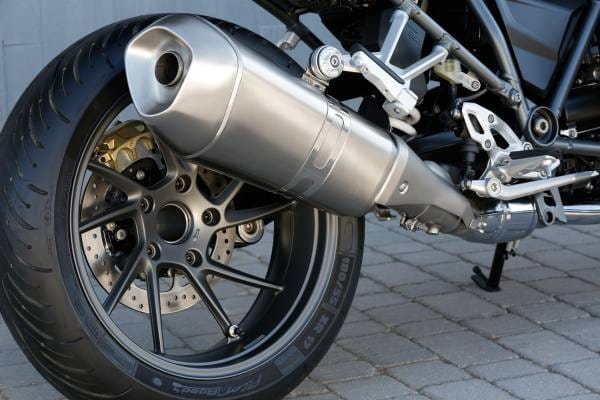 5) The electronic suspension option (ESA) comes with a bank angle sensor which adjusts the damping of the rear suspension on different road surfaces, but also adjusts depending on lean angle and the amount of acceleration and deceleration. So in theory it should be ultra-stable when riding quickly, and comfortable when riding slowly.

6) I know we said five things we like, but this is one more for luck... The optional LED headlight has an H-shape designed to look like a bar bell. That’s proper man stuff.

Think you'll be heading for a test ride?   or !