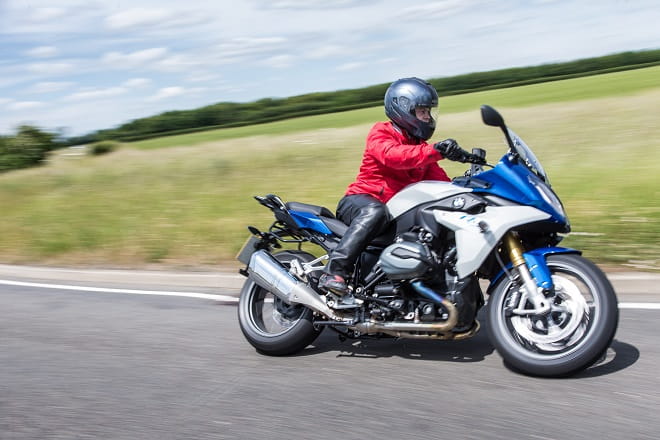 Is the sports-tourer making a comeback? Having almost singlehandedly destroyed the class with its uber effective GS range, German giants BMW seem to think so and have reintroduced the ‘RS’ moniker, last seen on the R1150RS of ten years ago, with the new-for-2015 R1200RS.We first tested the R1200RS few months back, when Bike Social boss Marc Potter attended a Spanish press junket to introduce the bike. He gave it a glowing review, but the real test of any bike like this comes in the real world and with the R1200RS arriving in dealerships this month, BMW gave us the opportunity to spend a fortnight to really get to know their new machine on British roads.

As a self-confessed boxer fan (with a somewhat unhealthy obsession for BMW’s excellent RT tourers) this was a bike I was really looking forward to slinging a leg over. On paper, the R1200RS looks a lot like the ubiquitous GS. Check the spec sheet and the two look almost identical.The two bikes share the same 125bhp version of the water cooled 1170cc boxer twin engine (also used on the R1200R and R1200RT) and even the front end of the RS has a touch of adventure bike about it, such is the way in which bikes like the Ducati Multistrada and Honda Crossrunner have blurred the lines between traditional sports tourers and what used to be known as dual purpose bikes.At £10,835, the base RS is a good £1,000 less than a basic spec GS and £2,000 less than Honda’s disappointing VFR1200F.

We tested the top spec Sport SE version which, at £12,915, comes with all the bells and whistles including electronic suspension, three engine maps, cruise control and the excellent Gear Shift Pro, which allows the rider to make clutchless downshifts. It also has a massive bracket to hold BMW’s most excellent Navigator V satnav, which has the facility to do a hell of a lot more than just give out directions. The actual unit itself is an additional accessory though, as are various luggage options.

On board, the RS feels typical BMW quality. What the RS doesn’t do is feel as plush as the fully dressed RT, or as imperious as the lofty GS. It’s is a bit, how do I put this, ordinary. I won’t lie, I came back after my first few miles feeling a bit disappointed, but it’s a grower, that’s for sure. It’s not a bike that had me grinning like an idiot but it’s a very fine bike, and the more that you ride it, the more that you appreciate the really nice touches that go into modern BMW boxers.

That engine, while not stupidly fast, has plenty of go. It’s smooth throughout the rev range and just when you think that things might be a bit on the boring side, it gives you a kick in the pants at around 5,000rpm to spice things up - in a sensible kind of way, of course. I had the engine in the livelier ‘Dynamic’ mode for almost my entire time with the bike, with ‘Road’ and ‘Rain’ softening the delivery and increasing traction control.  My time with the bike delivered 45mpg, according to the on-board computer, albeit riding much more conservatively than Potski did on the press launch, when he reported figures in the 30s.

Chassis wise, the RS pretty much hits the brief. It feels neutral and composed, with a riding position on the ‘touring’ side of sport touring. The Metzeler Z8 Interacts are just the right kind of tyre for the bike sporty but, er, on the ‘touring’ side of sport touring. Practical stuff is taken care of. The seat is comfy and the mirrors, for example, are very, very good indeed.

We spent quite a bit of time two-up with the RS and found it to be a very comfortable experience for both rider and pillion, who has the benefit of a generous grab rail and well-appointed seat. The shorter suspension travel definitely made it feel more stable and composed two up than, for example, a GS, while the electronic suspension allows the rider to adjust the settings at the touch of a button to accommodate the extra weight of the passenger.

For smaller statured riders like me, that shorter suspension travel does make the RS more accessible to ride out of the showroom than an adventure bike. Seat height on the RS is 820mm, although unlike most BMWs, this is not adjustable. The manufacturer makes two alternative seat options, giving a low of 760mm and a high of 840mm. By comparison, the lowest possible seat height on a GS is 790mm.

One area I feel could have been better is the screen. It is manually adjustable but didn’t quite work for me, creating lots of wind noise and buffeting, it’s a shame because it’s more than comfortable enough to cope with the 180-200 mile range offered by the 18 litre fuel tank.

If you are in the market for a traditional sports tourer, you probably won’t go far wrong with the BMW. Despite not riding them back to back, I’d happily stick my neck out and say that I’d take one of these over a VFR1200 or Z1000SX any day of the week. 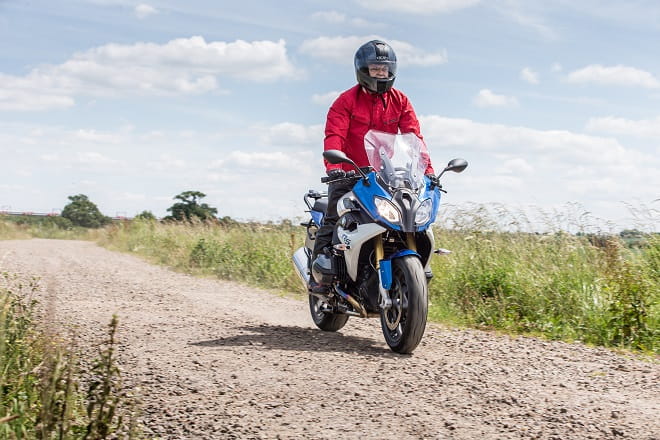 Where it becomes more difficult is when you bring bikes such as Ducati’s £13,000 Multistrada 1200 to the party, but perhaps the R1200RS’s biggest competition comes from within the company’s own range. If I was to walk into a BMW dealership with 12 grand or so to spend, the chances are I’d be riding off on a GS, or maybe even an S1000XR, both of which do more or less the same thing as the RS, but in a slightly different way.

That said, there will be a select number of buyers welcoming the RS into their garage. In many ways it’s a throwback to the BMW of 10 years ago, when the company churned our Teutonically competent bikes ridden by traffic officers and older motorcyclists with a penchant for flip front helmets and Sam Browne belts.

Perhaps, dare I say it, it’s a bike for those who deep down want a GS but don’t want to be tagged as a Ewan or Charley wannabee. Perhaps it is in fact the bike that old school boxer fans have been hankering for in the last ten years. One thing's for sure, it is most definitely a BMW! 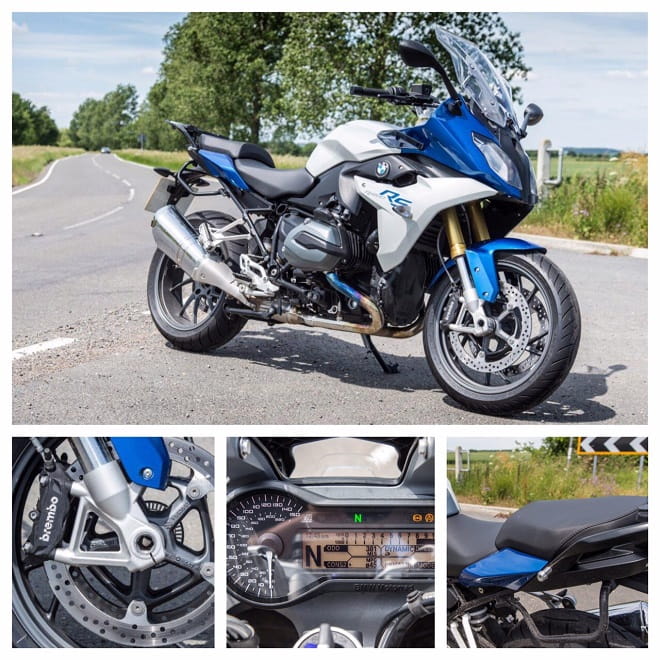 Looking for bike insurance? Get a BMW motorcycle insurance quote with Bennetts today!