2015 sees the 30th anniversary of Suzuki's GSX-R range which all started with the 750 back in 1985. The Japanese manufacturer will launch their celebrations at this weekends MotoGP World Championship round in Austin, Texas.

So we've searched the archives for the top 10 key models from the GSX-R 750 range over the last 30 years: 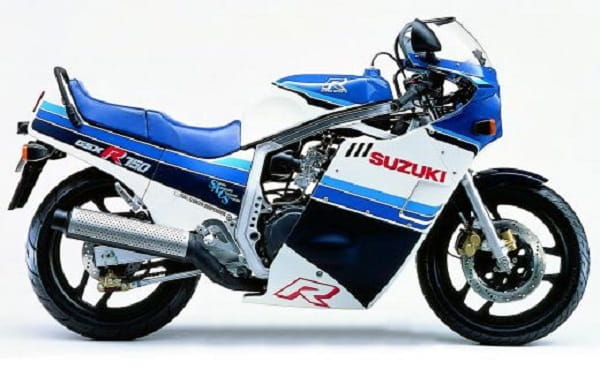 Affectionately known as the ‘Slabby’, due to its slab-sided styling, the original GSX-R is today considered the first ‘racer-replica’. A street-legal, detuned version of the works GS1000R racer, it was ultralight at under 180kg dry (magnesium was used to keep weight down), had a revvy, oil-cooled engine (the tacho in the race style console didn’t register until 3000rpm), 29 mm flat slides, lightweight alloy double-cradle frame, 18-inch wheels and bodywork based on the factory Formula 1 and endurance racers. For proddie racers it was instantly THE bike to have and a legend was born. The 1986 ‘G’ version received a 25mm longer swing arm and modified lower fairing while the 1987 ‘H’ got stronger 41mm front forks. 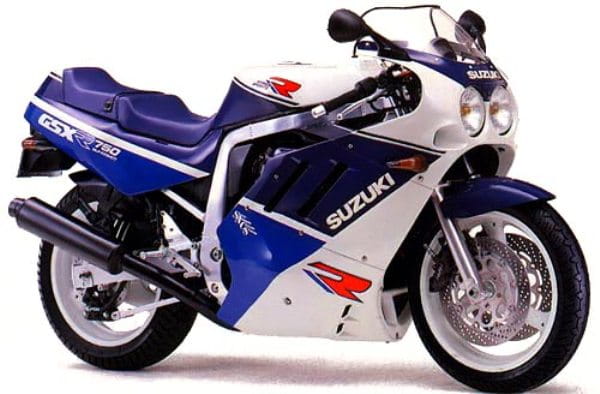 The first big revision came with a nickname derived from its new 36mm contant-velocity semi-flatslide carbs but pretty much the whole bike was new: a revised short-stroke motor with bigger valves and high-lift cams boosted bhp from 100 to 112, there was uprated suspension and new four-pot brakes, new, smaller 17-inch wheels, more compact dimensions and smoother styling. Unfortunately it was also heavier and had reduced ground clearance. This was improved on the ‘K’ in 1989, which also saw (in Japan) the 500-only, limited edition ‘R’, which reverted to the long stroke motor, had a distinctive single seat, aluminium tank and produced around 120bhp. These are heavily prized today. 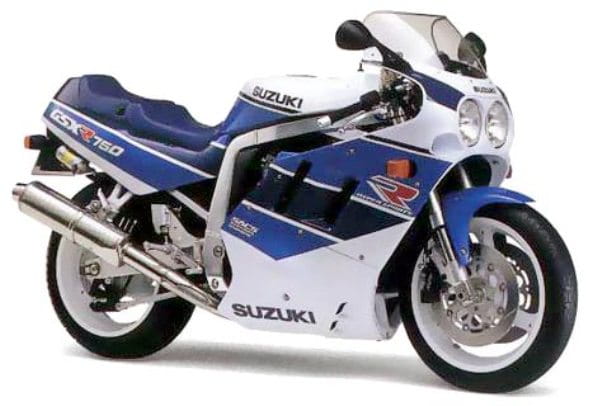 Arguably the best of the oil-cooled models is distinguished by the first use of inverted forks (41mm, fully adjustable items) on a large capacity Japanese machine. It also saw a return to the long-stroke motor along with a new 4:1 exhaust, steering damper, 38mm carbs (up 2mm on the previous ‘K’ although 2 mm smaller than the R), smaller valves, new conrods, lighter pistons, a large capacity oil pump, a larger, curved oil cooler and a wider rear rim.  Tyres were now Michelin radials as standard while power was up to 115bhp at 11,000rpm with weight was back down to 193kg. 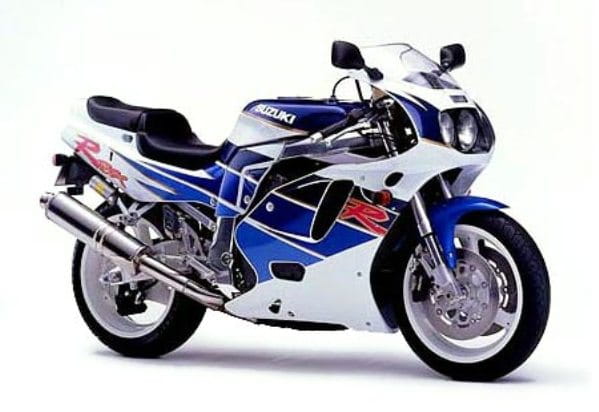 Although facelifted with the swoopier ‘M’ model in 1991, the next big change was when an all-new liquid-cooled engine (in place of oil cooling) debuted in 1992 (the ‘W’ referred to Water-cooling) resulting a more compact design and power up again to 118bhp at 11,500rpm. Otherwise, the headlamp cover became cheaper/lighter plastic rather than glass, there was a new five-sided aluminium frame with sandcast steering head section and revised braked and suspension. Unfortunately, though, rivals, such as Kawasaki with its ZXR, were already stealing a march and the double-cradle-framed GSX-R was beginning to look dated. 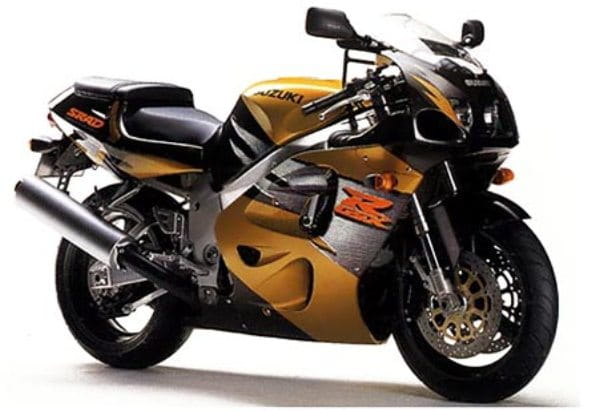 That all changed with the ‘SRAD’ in 1996, the first truly all-new GSX-R since the 1985 original using technologies derived straight from the 500cc GP racer Kevin Schwantz rode in the World Championship the year before. Out at last went the twin loop frame, in came an all-new alloy twin beam, new engine boasting SRAD (Suzuki Ram Air Direct) induction and 39mm carbs and 128bhp. Just as importantly weight was down 20kg to 179kg (the same as the 1985 original), wheelbase was shortened to 1400mm, rake was an aggressive 24º and it had the pin-sharp handling to match. 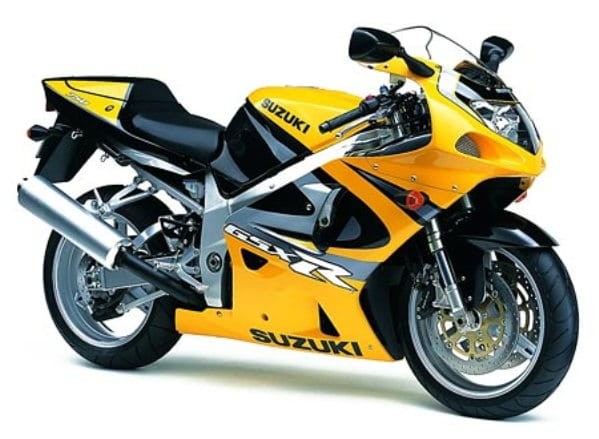 Arguably, as big a step forward happened again with the GSX-R750Y of 2000 which engine and the chassis totally redesigned with more aerodynamic bodywork, a shorter and narrower engine with redesigned fuel-injection (it had been introduced the year before) and a huge 13kg weight loss. Cylinders were now one piece with the upper crankcase for both strength and weight reduction; the engine was both 15mm and 8mm narrower; the frame was further lightened and the swing arm was lengthened by 20mm (while keeping the wheelbase at 1400mm) for better handling and traction control. 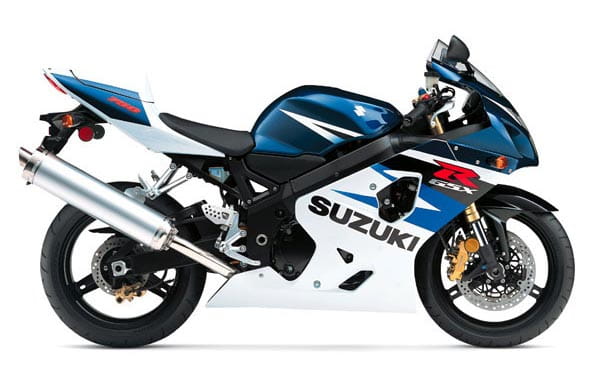 The next big development came with the K4 (the K designation had been introduced with the K1 in 2001) and saw a continuation of the theme where the 750 shared much with its 600c little brother, first introduced in 1998. With the same chassis and bodywork as the 600K4, the 750 received a new motor with lightweight pistons, increased compression, new cams etc boosting power to 130bhp. Weight, meanwhile, was down to 163kg thanks to a new frame, which was also 15mm narrower than before. 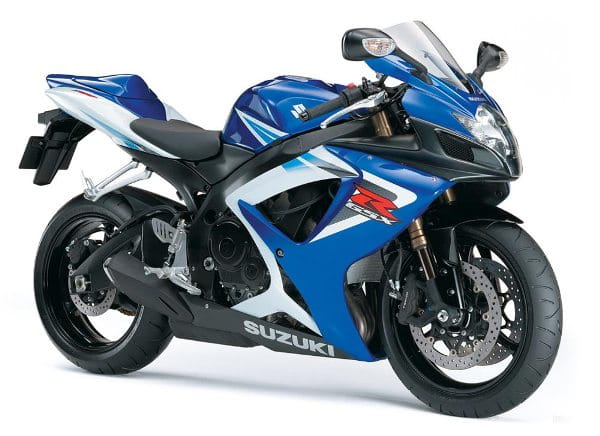 Although a major styling update was the biggest visual change with the GSX-R750 K6 (this time gaining its looks from the GSX-R1000) there were plenty of changes throughout the machine. Internal change to the motor hiked power to a previously superbike level 150bhp while the motor also now breathed through the new style of stubby, low-slung silencer while all-up weight was also kept down thanks to a re-designed frame and chassis. 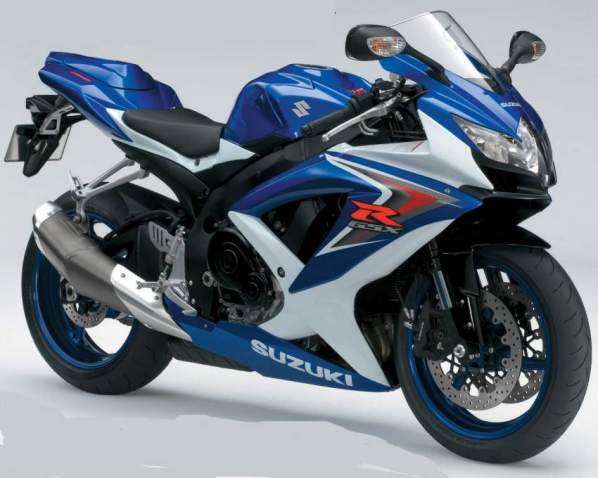 Another new ‘face’. The 2008 K8 was distinguished by the same trio of halogen horizontally-mounted lights as that year’s GSX-R600, but also received a new short stroke motor with a 15,000rpm redline and, for the first time, both a slipper clutch and three way switchable engine mapping. There was lighter rear subframe, adjustable footpegs and steering damper as standard. Meanwhile, the wheels were lighter, the radially-mounted Tokicao brake calipers bit onto bigger 320mm front discs while the fuel tank was expanded to 17litres. They were to be the last significant changes to the GSX-R for five years, due to the economic downturn. 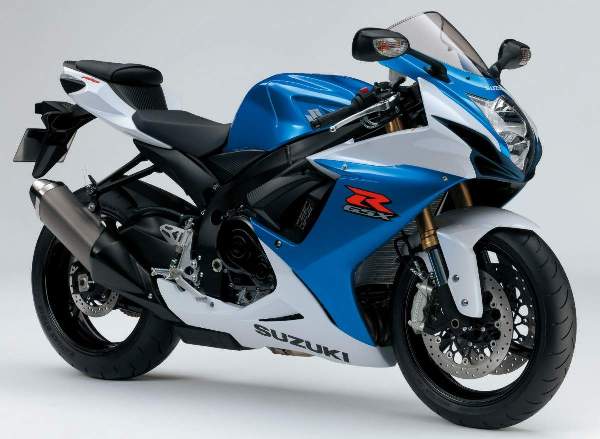 A revised, switchable power mode system (dubbed Suzuki Drive Mode Selector or S-DMS) now provided riders with two engine maps to suit the conditions while the chassis was lighter and more compact than ever to improve handling and performance. It also received better brakes – Brembo (for the first time) four-piston monoblocs along with 310mm discs at the front and a 220mm item at the rear.