10 Euro footballers with a biking connection

OK, football and motorbikes don’t usually mix well but with the Euros dominating the front pages and England captain Wayne Rooney famously once putting his name to a custom Harley we decided to have a look to see who else connects the world of biking and ‘ballers… 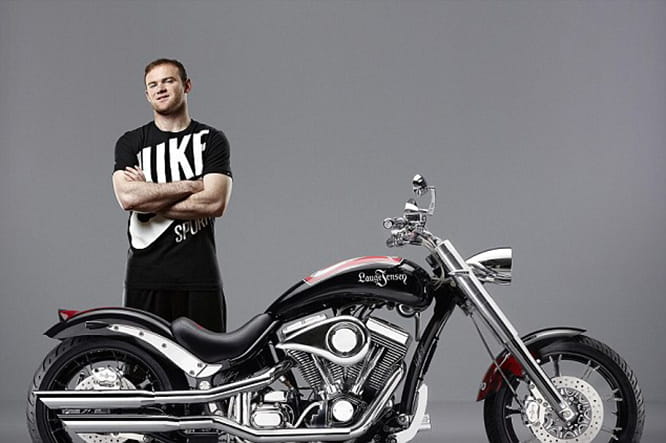 Type the name of the England captain and ‘Harley’ into Google and you get more pages about Harley Street hair transplants than you do about Hogs. But the English No. 10 does have a genuine motorcycling connection.

Back in 2012 he was persuaded by Danish customizer Lauge Jensen to become involved in a special custom bike project in aid of charity. The result featured his No. 10 Man. Utd shirt lacquered into the tank, airbrushed images of Rooney on both fenders (mudguards to me and you) and was encrusted with diamonds.

The bike sold at auction for £109,000 with the proceeds going to Danish kids charity KidsAid.

Rooney, meanwhile, hasn’t been seen near a bike since. Well, not that sort, anyway… 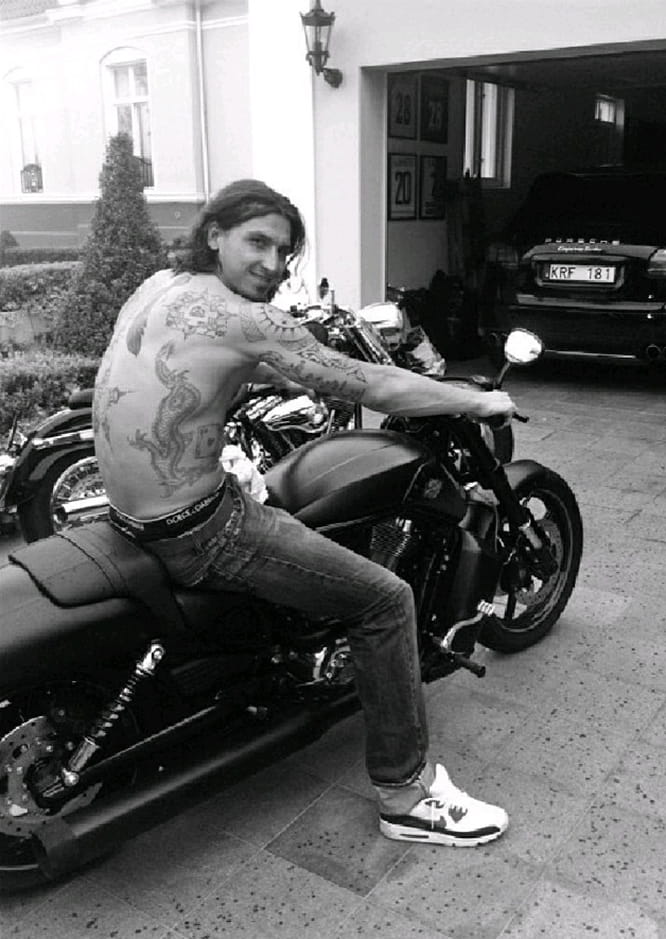 Sweden’s ‘enfant terrible’ striker, current star at Paris St-Germain who’s rumoured to be joining Manchester United later this summer and previously with no less than Inter and AC Milan, Barcelona and more is also a sometime biker.

Back in 2008, Zlatan, saw the first pictures of the then brand new Harley-Davidson VRSCF V-Rod Muscle and promptly rang up Rickard Norden of Harley-Davidson Sweden in Stockholm and ordered a special, customized all black version on the spot. “He was the first person to buy the bike in Scandinavia,” Norden said at the time. 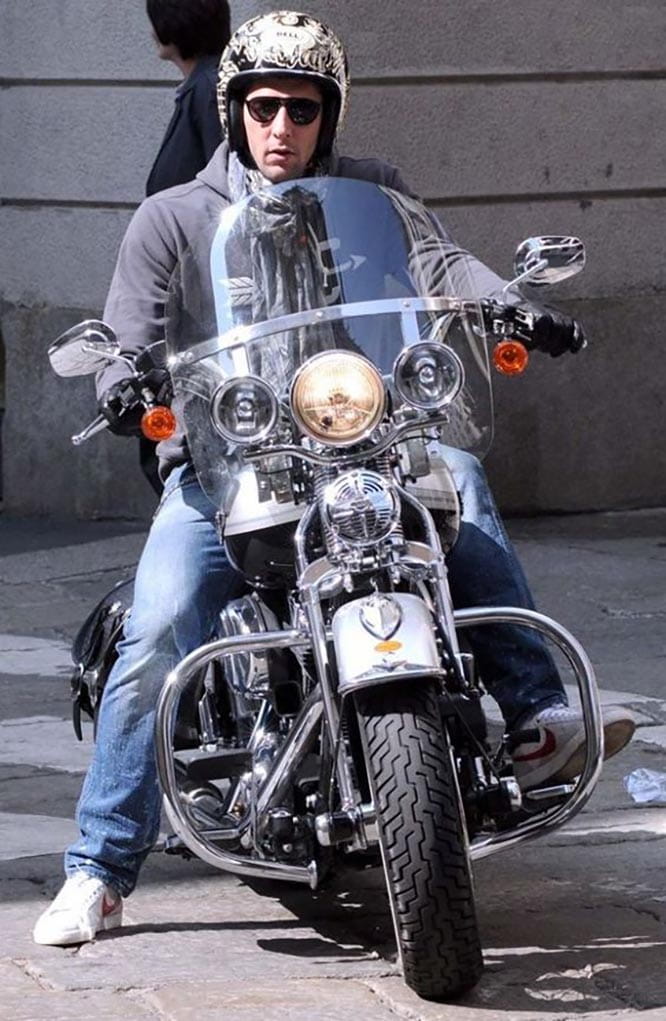 If you’ve never heard of this, now retired, Italian international, don’t worry. Just think of him as the guy French captain Zinedine Zidane infamously head-butted in the chest in the 2006 World Cup final after reportedly insulting ‘Zizou’s wife. In truth, Materazzi had something of a bad boy reputation throughout his career, which included representing Italy through two European championships in 2004 and 2008, so it’s no real surprise he was something of a Harley fan, too. 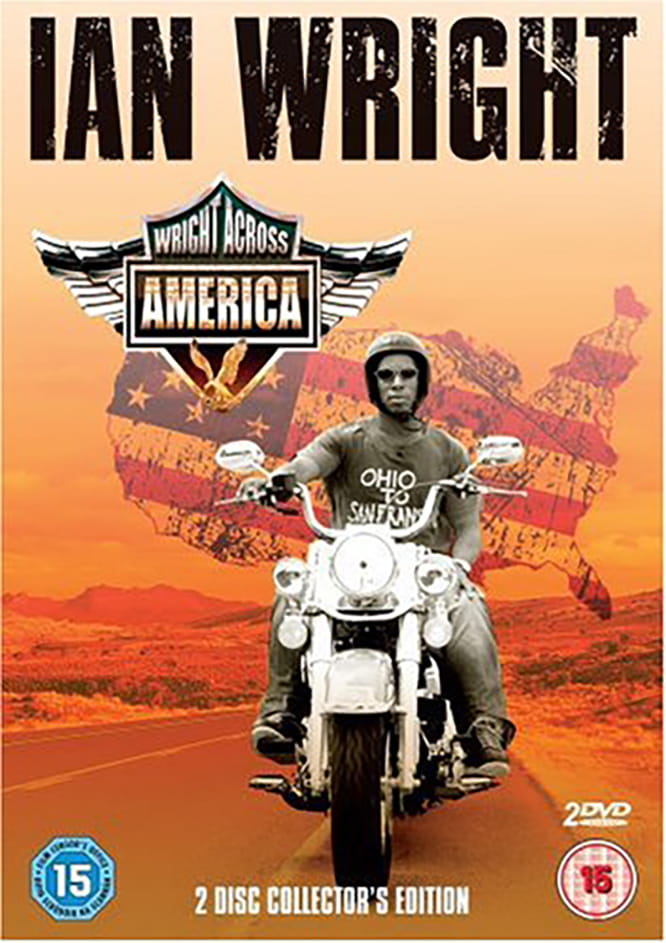 The former Arsenal and England star and current BBC football pundit who’s regularly seen giving analysis on this year’s Euros, is also a dedicated biker. Following his retirement from playing in 2000, Wright forged a successful TV career through shows such as Friday Night’s All Wright. Most pertinently, he also fulfilled a lifelong dream by riding a Harley-Davidson coast to coast across America for Men & Motors’ Wright Across America series. He still rides regularly today. 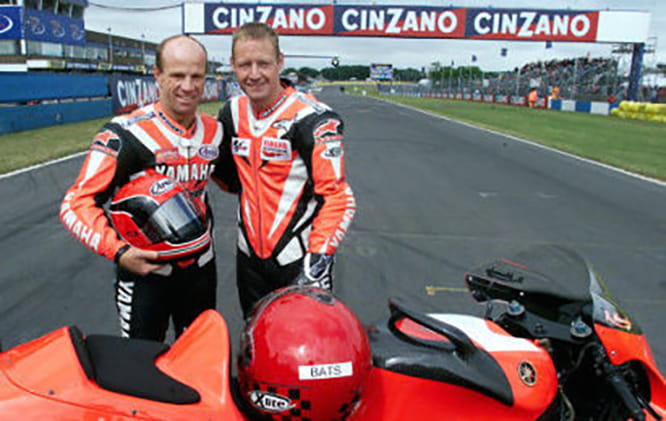 The former Leeds, Newcastle and Blackburn midfielder also played for England at the 1992 Euros and the 1998 World Cup where he was one of the players who missed their penalties against Argentina, preventing England’s further progress in the competition. Since his retirement in 2004 one of his passions has been bikes and not ‘just’ Harleys but sports bikes, becoming involved in bike sport and most publicly having a go behind Randy Mamola on the Yamaha double-seat GP bike at the British GP at Donington in 2001. 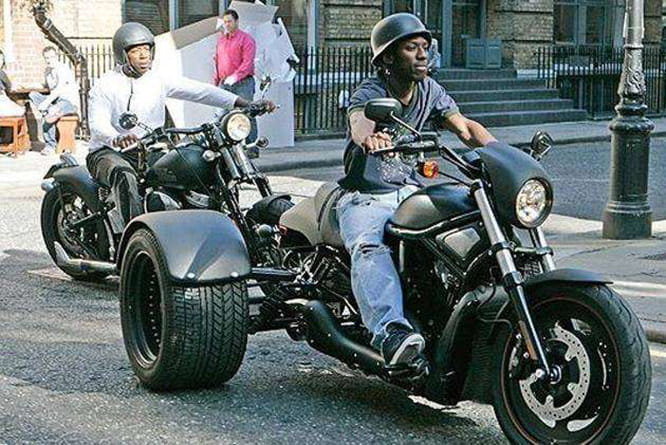 Ian Wright’s (above) love of bikes has also been passed on to his adoptive son and former England international Shaun Wright-Phillips. SWP, as he’s known, represented England during the qualification phase of the 2008 Euros but missed out on the finals when England failed to qualify. During his club career he played for Manchester City (twice), Chelsea and Queens Park Rangers before moving to the New York Red Bulls. Like his dad he’s also an avid biker, although more usually on trikes as active professional players are often barred from riding two-wheelers. 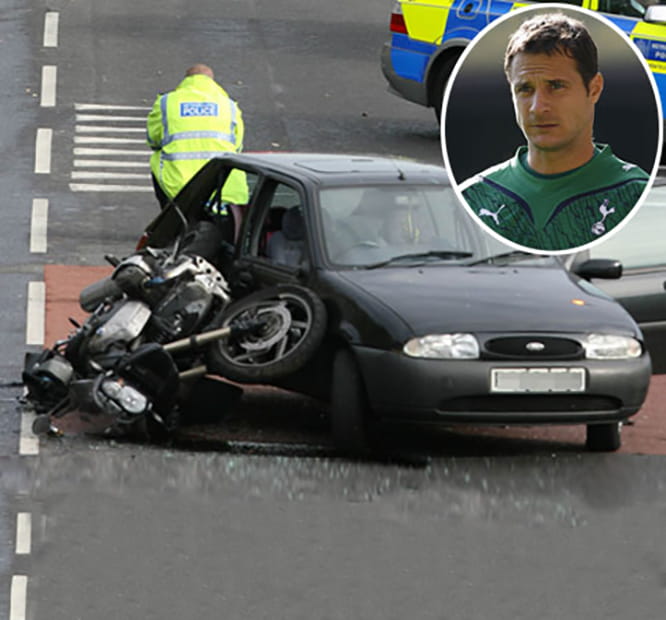 Proof that it’s not just all Harleys – or just posing about. Former Tottenham Hotspur goalkeeper Carlo Cudicini grabbed the headlines in 2009 after being involved in a crash on his BMW R1200GS in Walthamstow, which left him with a broken wrist and pelvis. Despite recovering to return to play professionally for Spurs and LA Galaxy, in 2014 he attempted to sue the other driver involved for over £8m for loss of earnings. 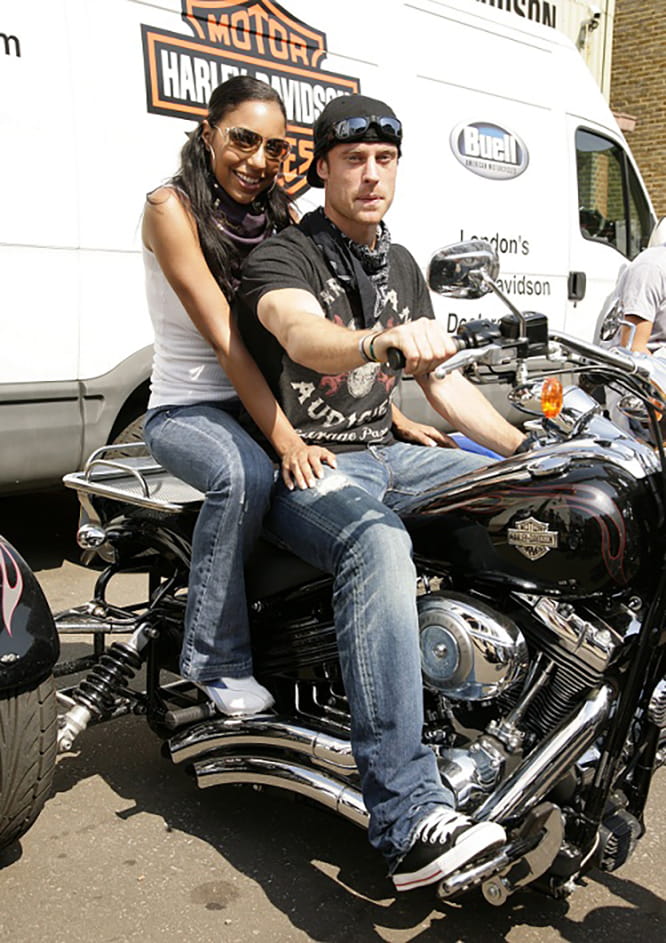 Former England defender and husband to the Saturday’s Frankie Bridge is another footballer who’s not averse to a bit of posing around on a Harley trike or similar. Most famously he took part, along with fellow footballers Shaun Wright-Phillips and Steve Sidwell, in a special charity Harley-Davidson Celebrity Bike Ride to the Ace Cafe in August 2009, all three riding trikes. 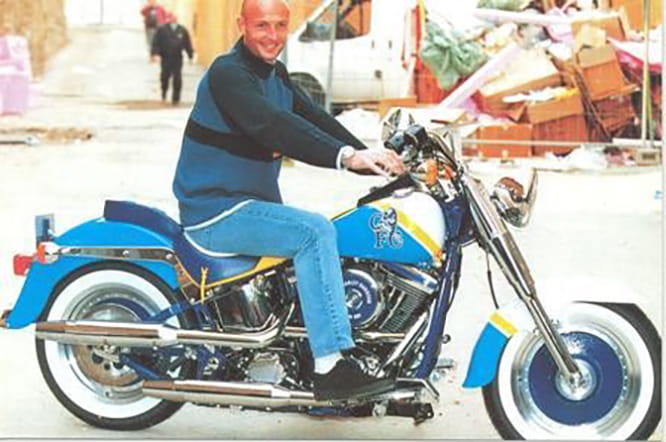 Former international defender Leboeuf, who won the Euros with France in 2000 and also played for Chelsea between 1996 and 2001, was also an enthusiastic biker before an accident in 1995 nearly wrecked his career. He told the Sun on the occasion of the unveiling of the limited edition, Chelsea-liveried ‘Ruud Boy’ built by Warrs Harley in 1998:  “It was very scary. I was riding along and this guy just didn’t stop. Fortunately I saw him in time. I came off the bike but all that happened was I broke a nail. But I stopped driving bikes after that.” 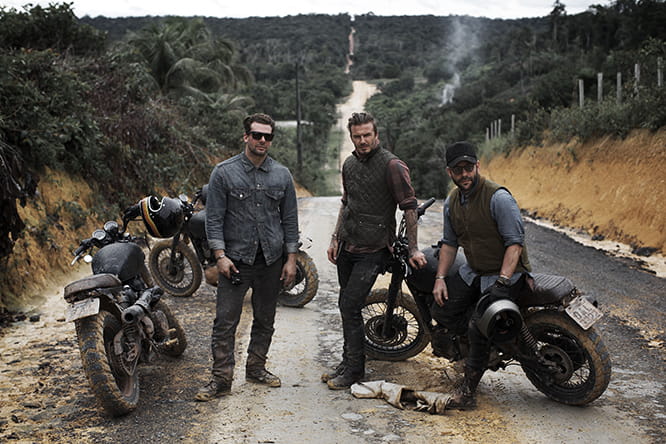 Undoubtedly the most famous biking footballer of all is former England captain Beckham who, as part of a glittering international career played at the 2000 and 2004 Euros. His interest in bikes first became public towards the end of his career at LA Galaxy where he was often seen riding in the Hollywood Hills aboard one of his custom Harleys. He also famously appeared in a 90min BBC documentary ‘Beckham into the unknown’ when he and a group of buddies rode deep into the Amazon aboard customized Triumph Bonnevilles.