What’s the best way to get to work after Coronavirus? 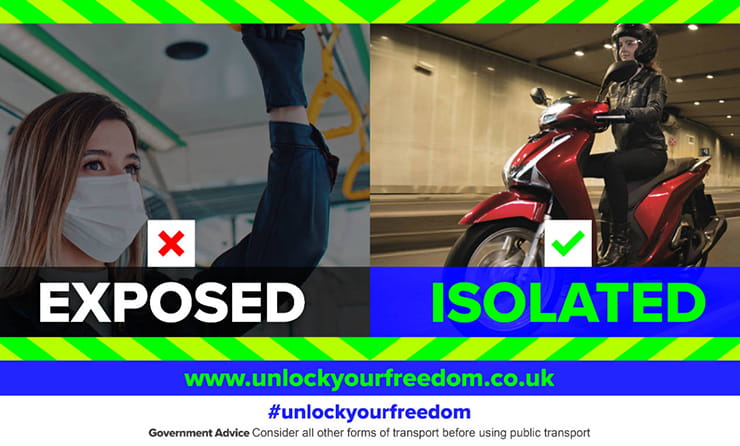 With the UK government urging people to avoid public transport whenever possible, and even then, making it mandatory to wear a face mask when you do, it’s no surprise that more and more people are looking at different ways to get to work.

Walking or riding a bicycle are great alternatives to public transport. If you live near enough to work that is. But with lockdown restrictions easing, many have been looking to powered two wheelers (PTWs) as an alternative mode of transport.

Figures released by the Motorcycle Industry Association (MCIA) show that sales of scooters were up a whopping 43% in June compared to June 2019, so if you’ve been looking at getting a powered two-wheeler then you’re not alone.

What’s the best scooter, motorcycle or moped for a new commuter?

That’s really going to depend on how far you travel. A 125cc motorcycle or scooter will get you anywhere easily, but it’s not great for longer distances on dual-carriageways. You can get larger-capacity machines – and electric variants – but you’ll need a suitable licence.

Scooters often have the advantage of a large boot space and the potential for better weather protection, though you can put luggage on a motorcycle.

Honestly, the best bet is simply to visit your local bike dealer and take a look around; once you see some machines you like, ask the dealer for some advice. Powered two wheelers are a superb form of transport, but they’re also hugely enjoyable – the passion of people in the bike shop will soon have you fired up! 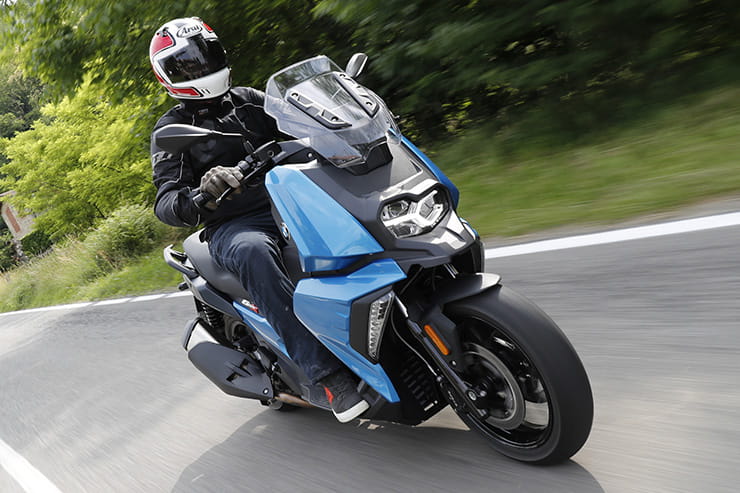 What licence do I need to start riding a scooter or moped?

If you don’t already have a motorcycle licence then many smaller scooters and mopeds can be ridden on a CBT (Compulsory Basic Training) certificate… learn how to get a CBT here. The good news is that training centres have been open since the 4th July (after shutting own for the Covid-19 lockdown) to help you get that CBT.

It’s only a one-day course and it enables you to ride with L plates while you practice for a full test; it costs between £100 and £200. Tests are already up and running in England, and by 3rd August 2020 that will be the case in Scotland and Wales too.

Can I commute cheaply by scooter?

Using a scooter, moped or motorcycle to get to work can save you a fortune in commuting costs. As a rough guide, commuting from Haywards Heath to Victoria by train will cost £5,466 per year. Buying a scooter, taking your CBT and buying all your kit, security and finance can cost less than £3,500. Add about £800 for fuel over 12 months and the scooter has paid for itself in year one.

After that, you’re saving over £4,500 every year by commuting on a scooter, and you’re doing so in the safety of your own self-isolated bubble. You can read more on the comparison of rail costs and scooter commuting here.

PC Clem Jones of the Metropolitan Police force’s Operation Venice rides his own bike – a BMW K1300S – into London if his shifts allow, and a police-spec BMW F750GS during work, so it’s fair to say he knows a bit about commuting by moped, scooter and motorcycle. I spoke to him to get an insider’s view on commuting not only in the capital, but across the UK… 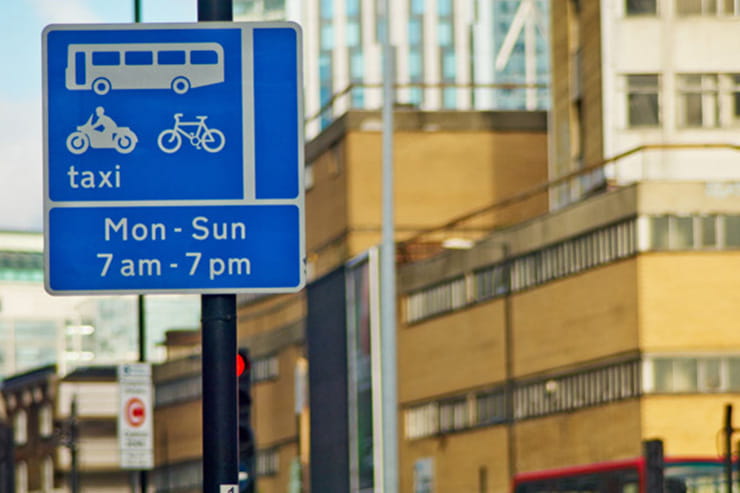 Can I ride a scooter, motorcycle or moped in a London bus lane?

“It varies between boroughs,” says Clem, “so check the signage… never assume you can”

Can I ride a scooter, motorcycle or moped in a cycle lane?

“No.” That’s a simple answer, thanks Clem!

Can I stop a scooter, motorcycle or moped at the advanced stop line (the area at a traffic light junction with a pedal cycle symbol in it)? 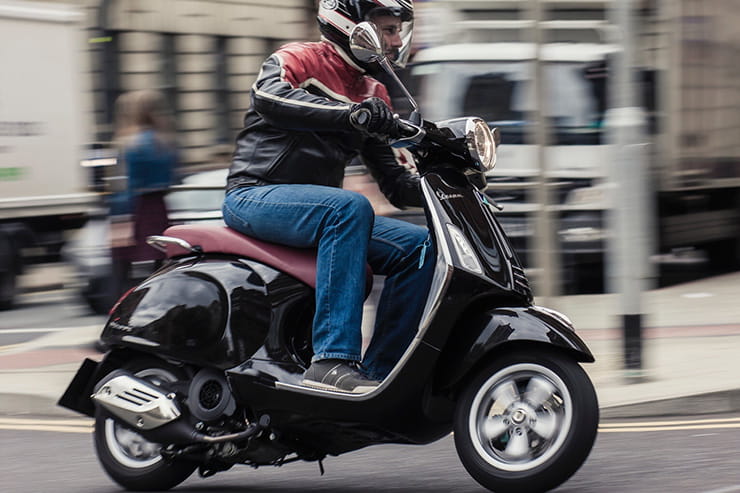 What protective clothing do I have to wear?

“A helmet is all that’s required legally,” Clem points out. “But If you’re on a powered two-wheeler then you need to wear protective kit.”

There’s a huge choice of bike kit out there and it doesn’t have to be expensive; read the in-depth reviews of helmets, waterproofs, gloves, boots and more here.

Where can I park my scooter, moped or motorcycle?

There’s good availability of motorcycle-specific parking bays across London, Clem tells us; they’re usually free but check with the local boroughs as parking restrictions can vary across them. A lot of the bays have dedicated ground anchors to secure your scooter or motorcycle (you’ll need your own chain) but Clem’s tips are to find bays that are “Well lit, have access to street furniture you can secure your bike too if there isn’t a ground anchor, and don’t cause problems for other members of the public.”

As a rough rule of thumb, all bar the Soho Q-Parks are free to motorcycles, while City of London car parks also tend to be free for bikes. 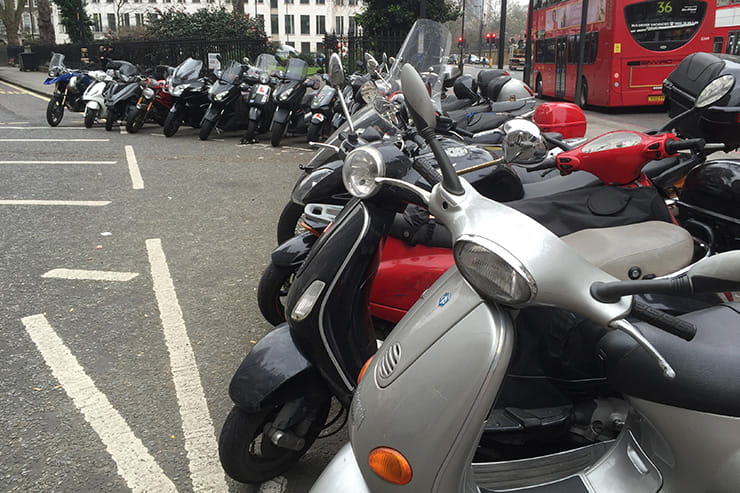 Only one of these machines is locked! That’s how you massively reduce the chances of your scooter, moped or motorcycle being stolen

If I buy a scooter, moped or motorcycle, is it likely to get stolen?

The facts are that between Nov 2018 and Oct 2019, 8,641 powered two wheelers were stolen in London; that’s a decrease of 15.3% from the previous year. It’s their portability that makes them attractive to thieves, but a very large proportion aren’t secured in any way! 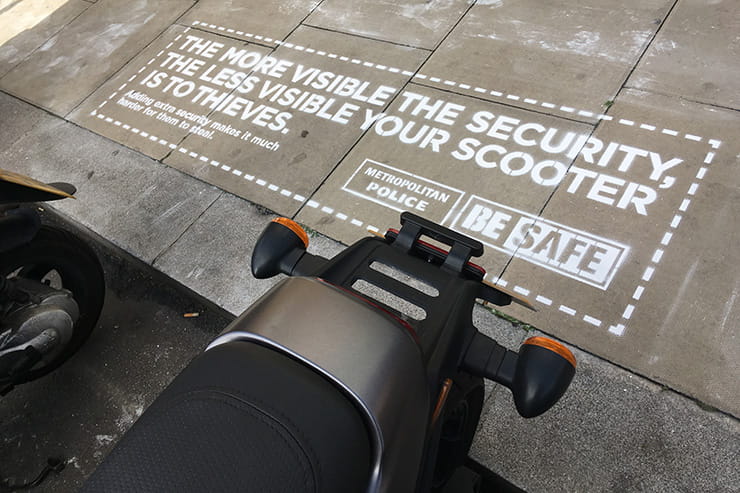 What can I do to protect my scooter, moped or motorcycle?

Clem has a simple, straightforward answer; Lock, Chain, Cover. It’s the Met’s campaign on how simple it can be to deter thieves by taking those three steps. Criminals even chain and cover the bikes they’ve stolen, to prevent them being pinched again!

We would advise against leaving your lock in the parking bay overnight just in case it gets tampered with or someone parks on your chain and you can’t use it when you arrive next day.

It’s all simple common-sense stuff really, but Bennetts’ insurance figures show that If you use security then you significantly reduce the chances of your bike being stolen. Out of 2,080 thefts reported to Bennetts between Sept 2018 and August 2019, 943 hadn’t declared any additional security when taking out their policy. But fewer than 1 in 1,000 bikes that were said to have been locked with the heaviest duty chains were stolen. Even using a basic disc lock appears to reduce the chances of theft by 300%. You can find out more here.

What’s the best lock for my scooter, moped or motorcycle?

The best lock you can buy for any scooter, moped or motorcycle is the one you use! Get the best you can afford, but also makes sure it’s something you can carry. A large, heavy chain is great for use at home, but on the go you’ll want something lighter. Check out the destruction tests of security products here.

Clem advises to look at the Secured by Design website, which is an official police initiative with links to companies whose products have all met an approved standard. You can also find a huge amount of information on the Bennetts BikeSocial security product pages, where the leading locks and trackers have all been tested to destruction. For reviews of the best motorcycle chains and locks click here, for the best U-locks, disc locks and other scooter security devices click here, and for tracker reviews click here.

Powered two wheelers are a great socially-distanced way to get to work; it’s fun and you’re isolated, and its mostly quicker than public transport but as Clem says “You only save time on your commute if you keep your bike safe”

Taking down the criminals

What effect has lockdown had on PTW crime?

Operation Venice has been enabling the Met to crack down on scooter-enabled crime, and Clem’s been involved for three years; he’s a police motorcyclist and a TPAC (Tactical Pursuit and Containment) driver, so he’s one of the officers you’ll have seen on the news chasing criminals.

But there also a huge amount of behind-the-scenes work carried out by the staff at Operation Venice; they would rather work on prevention and education, before resorting to pursuits. 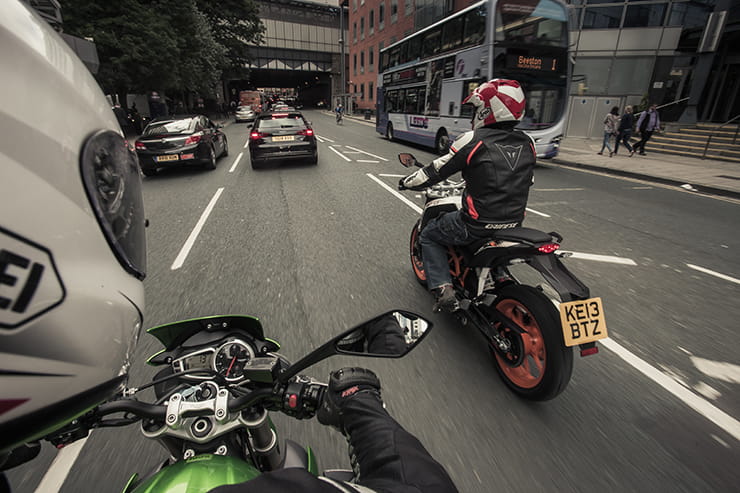