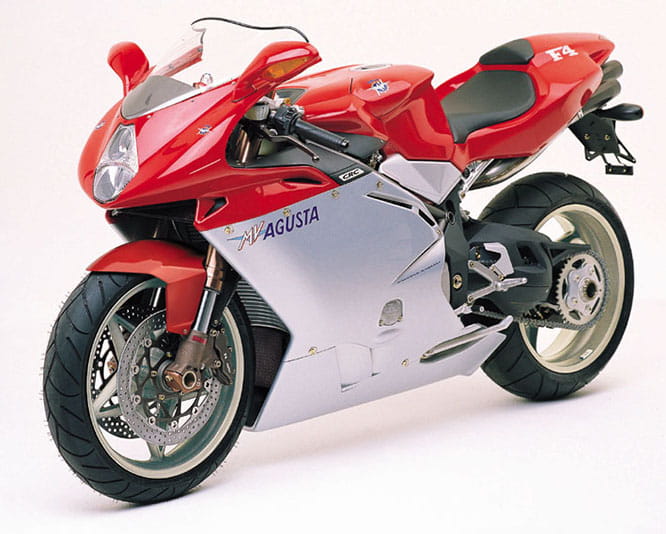 On the face of it the MV Agusta F4 750 was a glorious failure, but like so many Italian stories you simply can’t take the F4’s life on face value. This is a legendary bike that was created by one of motorcycling’s greatest ever designers and helped in its development by one of the car world’s most iconic brands.

Having left Ducati, 916 creator Massimo Tamburini was lured to MV Agusta by his friend Claudio Castiglioni, who owned the company having sold up his stake in Ducati. Castiglioni wanted a machine to rekindle interest in the legendary MV Agusta name and so Tamburini drew the F4 – a bike that was always meant to be the 916’s replacement. However, unlike Ducati whose tradition forced them to use a V-twin configuration, MV was free to choose any style of motor they liked and seeing the success of the WSB series, they built an inline four 750. Although not just any inline four 750…

With a little help from Ferrari, MV created the F4. As well as having a radial valve arrangement, the F4 came with a fuel injection system, a cassette gearbox, banshee exhaust note and styling to die for. When it appeared in 1999 the world stood still – Tamburini had done it again. Although annoyingly for MV, while spectators stood still, motorcycle development didn’t.

By the time the F4 made it to showrooms in late 1999 it was already behind the game. True it looked stunning, but its claimed 126bhp wasn’t enough to match the Japanese bikes and MV were starting to fall foul of reliability issues. Looks can only get you so far and the F4 soon developed a reputation as an underpowered, but great looking, unreliable slug. Sales weren’t brilliant and when the Japanese first upped the stakes in the supersport game in 2003 and then the litre bike world in 2004 the F4 750 was forgotten about. MV responded with the F4 1000 in 2004 and everyone forgot about the 750. Which was a shame as it’s a very special bike.

OK, the 750 engine isn’t the fastest out there, or the most reliable, but it sounds tremendous thanks to its four underseat pipes while the rest of the bike is still absolutely knockout gorgeous. MVs don’t take much work to make handle properly and you are left with one of the 2000s most iconic machines. If not its most successful. 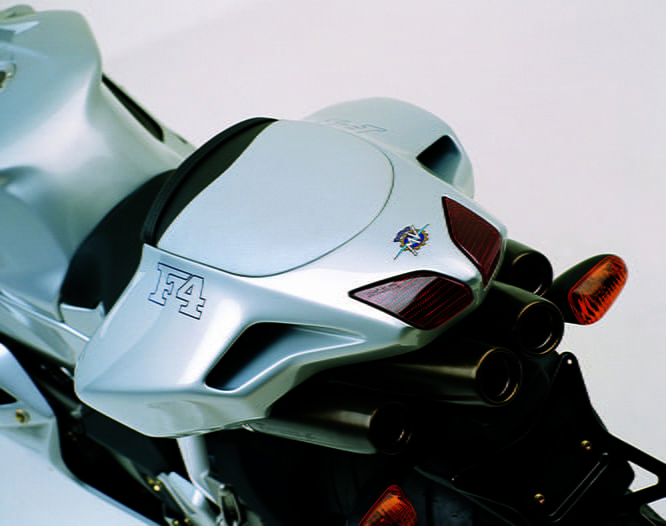 There are two schools of thought with the F4 – buy an original one as an investment or buy a later EVO3 model and ride it. If you go early then you will probably have reliability issues, go later and most of the faults will have been ironed out. On early bikes the rear eccentric hub is a major concern as the bearing wears out, which can result in serious damage to the swingarm. There are aftermarket cures for this, but always check this area for play. Electrical issues are very common (well, it is Italian) and the finish is also pretty poor. Always inspect the fairing well as there is a heat shield that protects the plastic from the exhaust and this likes to come loose, potentially meaning the fairing will melt or its paint crack due to heat. The F4 needs its valve clearances checked every 7500 miles, which is a £500 bill, and if you want the fuel injection to work properly then factor in a Power Commander and bit of dyno time that MV failed to spend! Overheating can also be a concern on the first generation of F4, but this can be sorted through an upgraded water pump supplied by MV. 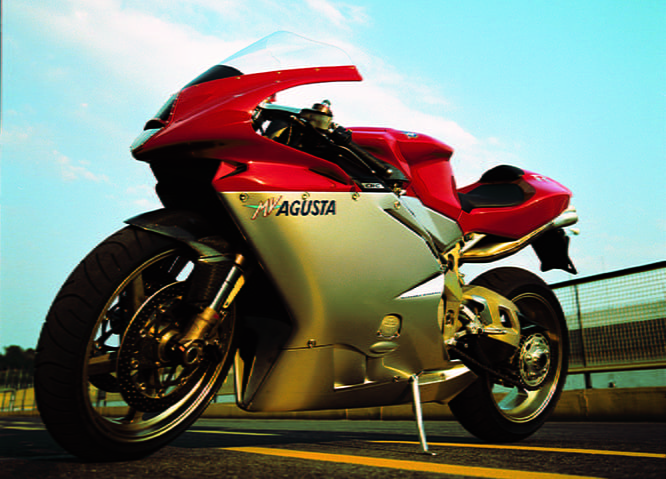 The very first F4 750 was the Series Oro, which was limited in its production to just 300 units and cost an absolute fortune. The first road bike, the F4 750 S, appeared later in 1999 but only in single seat monoposto format and it wasn’t until 2000 that the biposto arrived. In 2002 MV launched the SPR, which was a higher specification F4 with more power and better suspension, after the 2001 Senna arrived on the scene in tribute to Ayrton Senna. In 2002 the F4 was updated to become the EVO2 model before the EVO3 arrived in late 2003/early 2004. The F4 was discontinued at the end of 2004, but to clear old stock the SPR and SR were built using higher specification components. It is generally agreed these are the most reliable models. 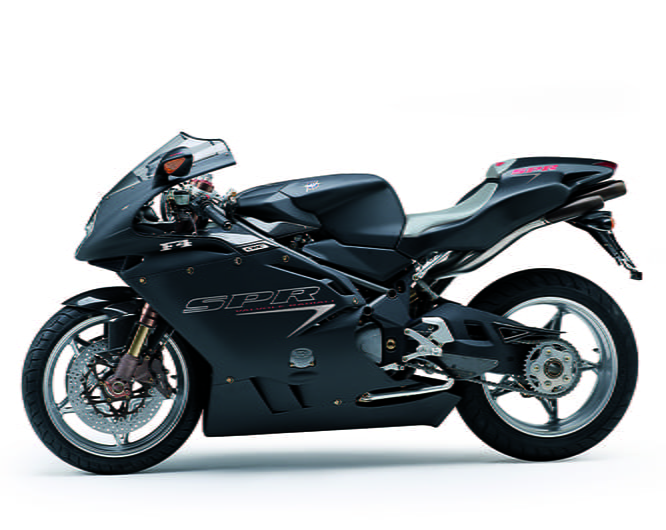 Forget trying to buy a cheap Oro, most go for way over £20,000, and even stock early 750s are becoming fairly tricky to locate. Like so many bikes, a few years ago the 750 was about as popular as a fart in a space suit, however this has all changed. Due to its perceived collector status, early F4s change hands for anything from £5,000 to £8,000 depending on condition. If you want the less popular EVO2 model you are looking at spending in the £6,000 bracket while the very popular SPR and SR EVO3 bikes are changing hands for upwards of £10,000 in a dealer. Ironically, the more powerful and arguably better F4 1000 is a cheaper bike to buy with prices for that starting at £5,500.

www.xbikes.cc - X-Bikes have set themselves up as independent MV specialists and are very knowledgeable when it comes to sorting all of the F4 models’ teething issues. If you own an F4, get it fettled by them and save yourself endless grief.

www.motoforzaitalia.co.uk - Based in Silverstone, Forza are a very passionate Italian bike dealer who often has older MVs for sale.

Get a competitive insurance quote »