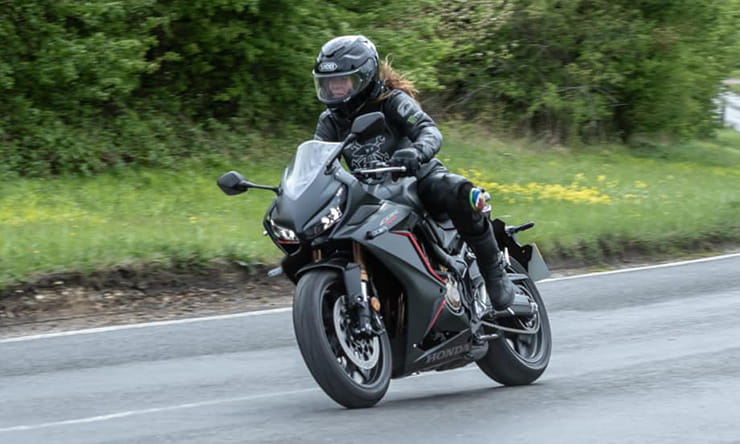 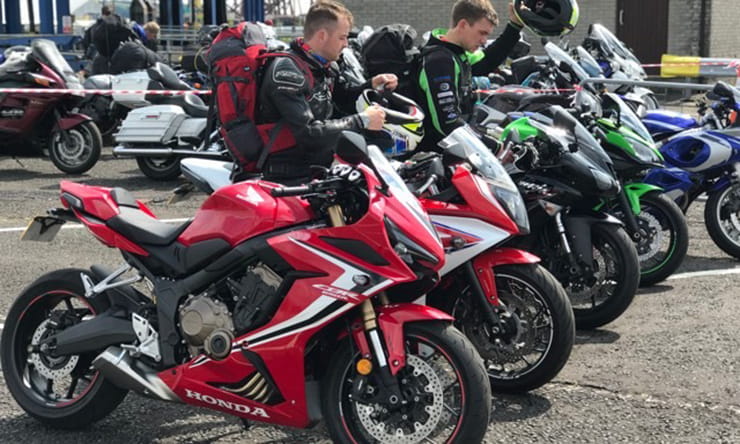 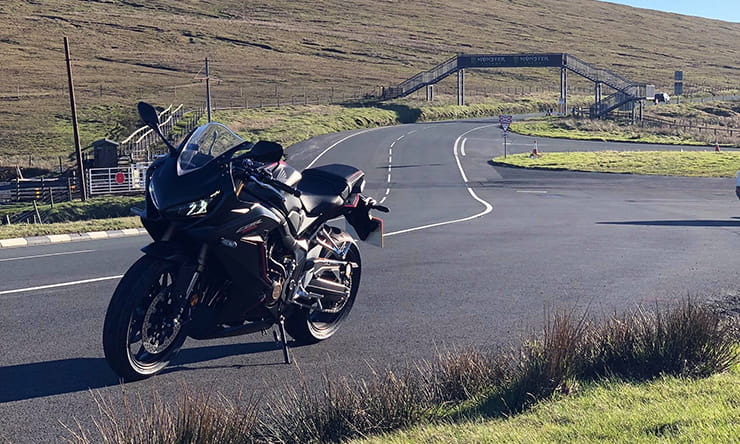 Six months on since its release, we catch up with some fellow, proud CBR650R owners. Here’s how they’re finding it, and what future modifications and rides they have planned. 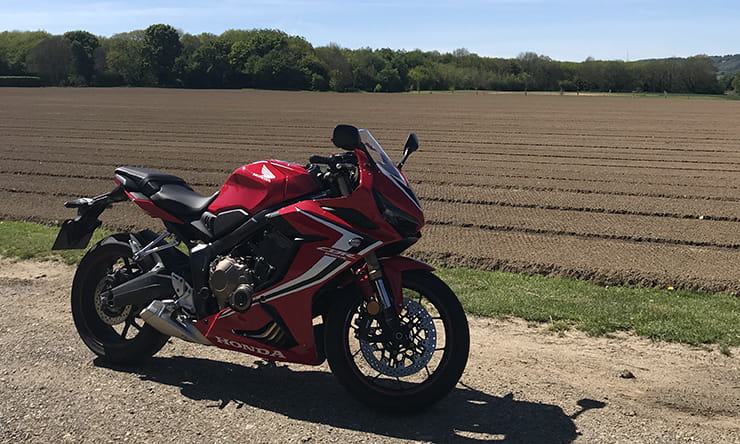 I no longer kid myself I need 180bhp. It’s fantastic and practical, no aches or pains and handles lovely.

Possibly next it will be a full Akrapovič exhaust. Oh… and a Honda tinted screen so you can see the dash a little better. Then some new rubber. 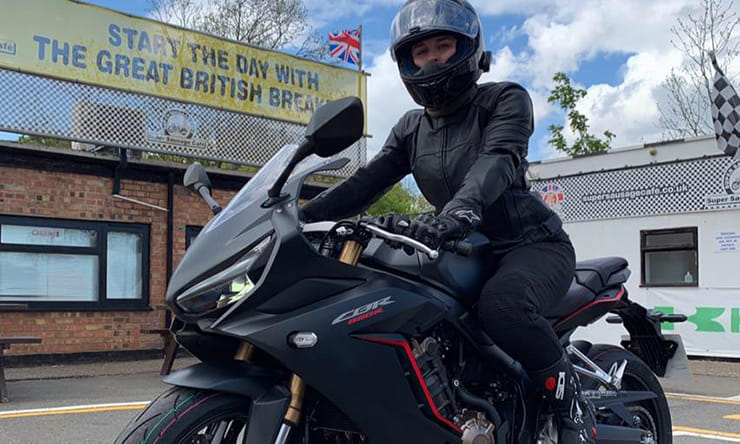 Absolutely amazing. I feel incredibly safe on it, handles really well, is amazing fun and looks fantastic. I really feel, as my riding progresses, the CBR650R has so much more to offer me.

I’m heading to Snowdonia at the end of June, and then North Coast 500 when I get the chance! 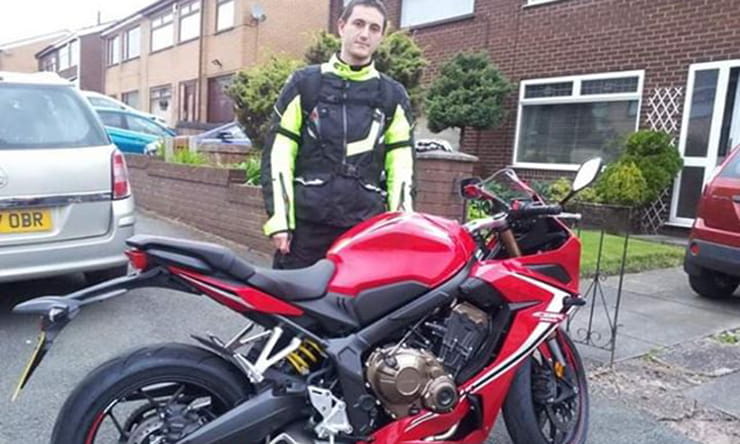 It’s a real sporty, but comfortable machine and I like how light and agile it is. It’s also easy to ride in all conditions and the slipper clutch is amazing. However, I do find myself catching the traction control button from time to time and would like the screen to be a little taller.

I’ve got a double bubble screen on order, and am looking at panniers/luggage once they’re available.

Lots of days out - Lake District/Yorkshire, Irish Atlantic way, North Coast 500, and possibly Europe in the next few years. 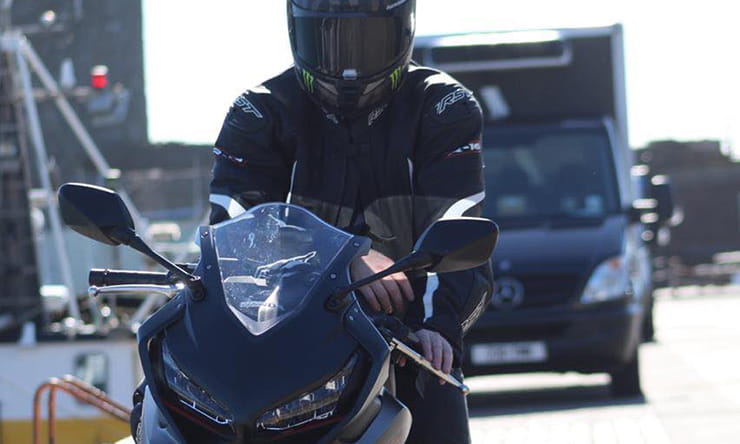 My CBR650R was the first black edition on the roads in the UK and was the first, and so far, the only one on the Isle of Man.

It’s just been through its first service and I got a few laps in over the course of TT week. I’m really starting to give her some welly now it’s broken in and it’s an absolute machine in the high revs. Much, much closer to the CBR600RR and the Kawasaki ZX6R than it would be to your regular 650 twins.

Amazing bit of kit considering it’s half the price of the Fireblade too. 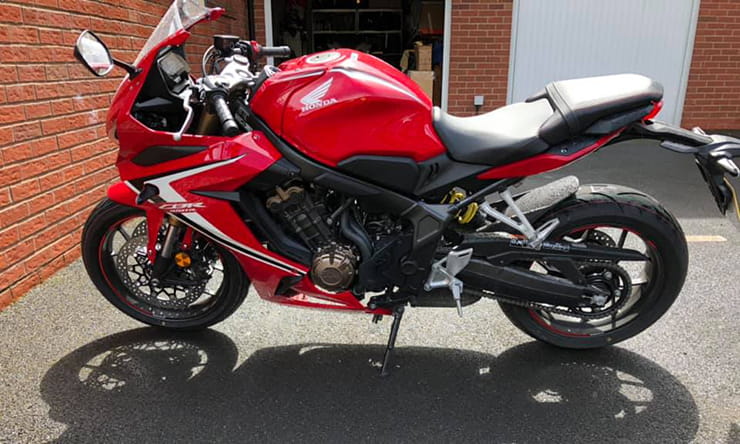 It’s a step up from the CBR500R and I’m in love with it. I feel so great riding it on the road and so safe - it’s fantastic!

I’d like to head to Scotland and do the coastal route, plus Portugal at some point. 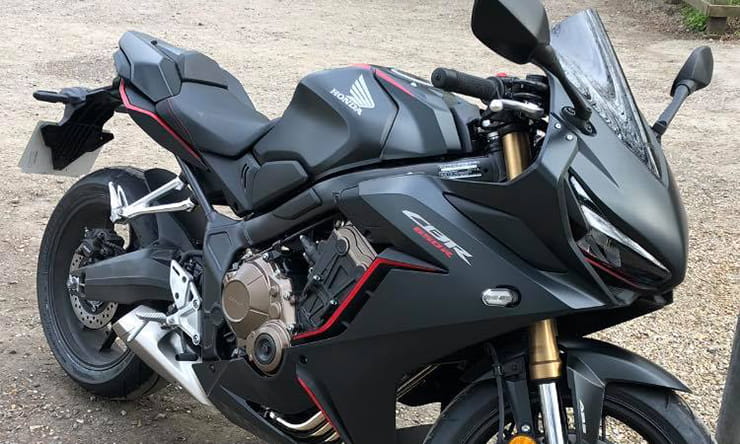 I looked at the Honda CBR650R initially as it looked so much like the Fireblade, which I think is one of the best-looking bikes on the market today.

I’ve owned two Honda CBR600RRs, which I really liked, one 2009 and one 2013 (new model). I must admit I genuinely prefer the CBR650R, I think it’s a nice, more forgiving bike for the type of riding I do, plus gone are the days where you actually need a Fireblade, R or S1000RR on the road, as you can’t really open them up without the risk of losing your licence.

One thing which I’m a little disappointed in is the fact you can’t just change the end can, you have to put a full exhaust system on, however I did know about this before I bought one so I can’t complain really.

I did ask for the dealer to put Bridgestone S21 tyres on the bike before collection as I had Dunlop’s (standard tyres) on one of my CBR600RR and I just couldn’t get on with them.

Any trips planned on the CBR650R?

Planning to go to some BSB rounds this year on the bike so that should be good as it’s very comfortable both on the road, and the riding position. 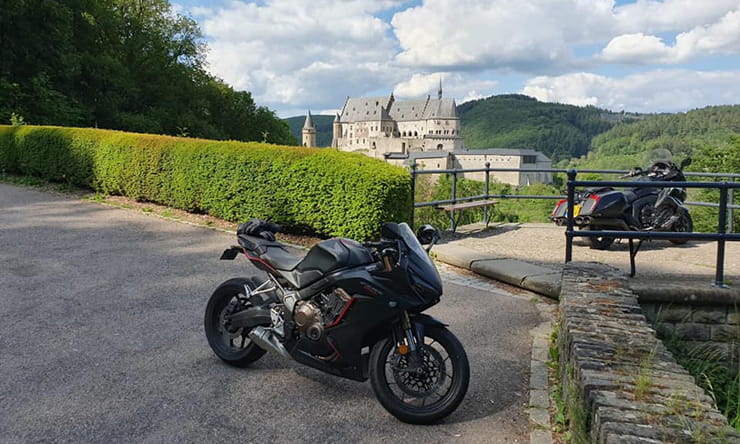 Previous bike/bikes: Where do we start…

Any trips planned on the CBR650R?

I’ve just ridden to Germany and Holland on the bike.