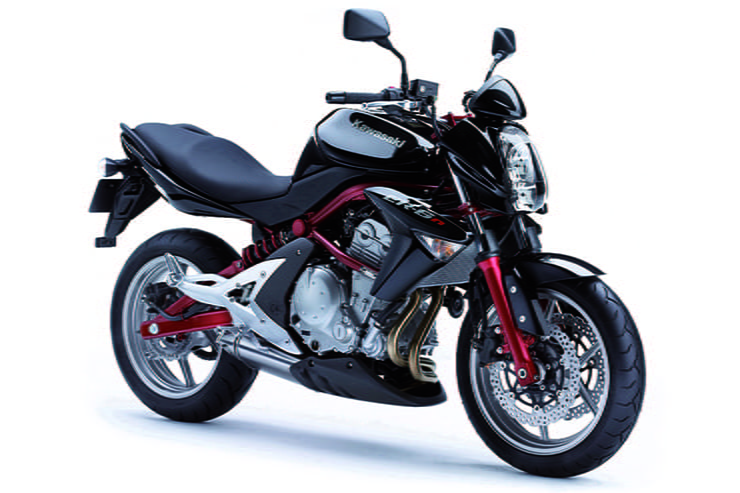 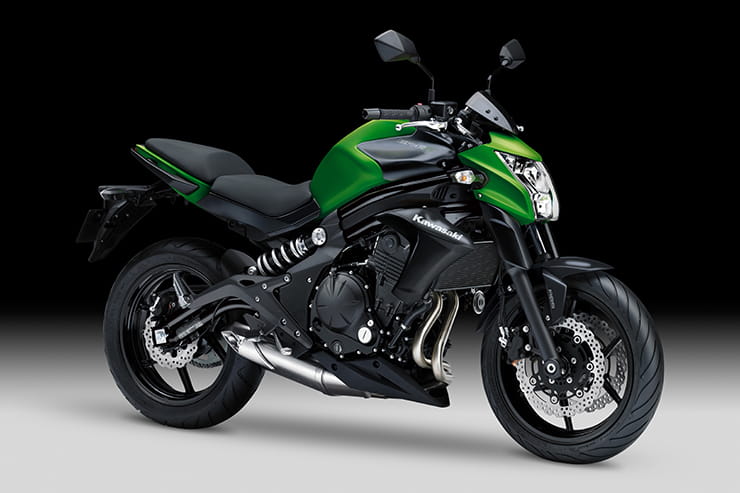 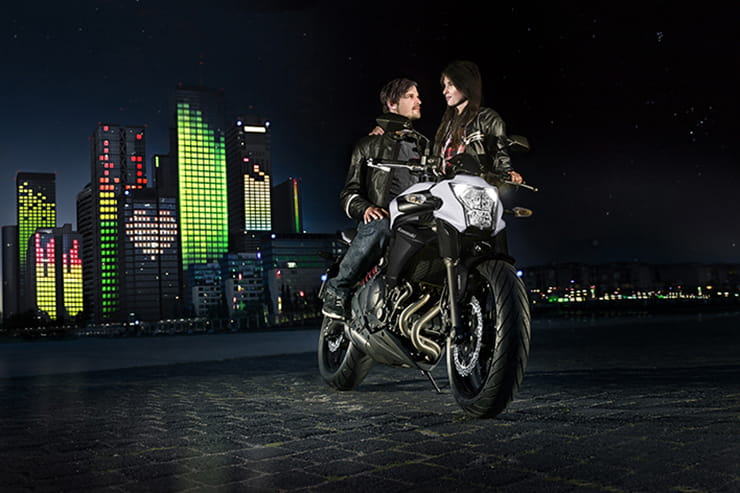 The Kawasaki ER-6n has to take the credit for setting the current trend for middleweight parallel twins such as the Yamaha MT-07, KTM 790 Duke and Honda CB500s. By thinking outside the box and offering a lightweight budget middleweight that sat below the traditional inline fours in terms of its price bracket, in 2006 Kawasaki opened the doors to a whole new type of rider and as a result the ER-6n was huge success. And deservedly so.

A big part of the ER’s charm is its looks. Ok, the initial colour choice of a pink frame was a touch suspect, but over the years the ER has matured into a quirky, yet oddly visually appealing, bike with neat touches such as its side-mounted shock, under-slung exhaust pipe and petal brake discs. If you look at the ER’s replacement, the Z650, not a great deal splits them in terms of styling (or mechanics…). And once drawn in by its looks, owners soon uncover the ER’s real ace card – its motor.

While not as spirited to accelerate as the MT-07’s parallel twin, Kawasaki’s take on this motor format is a solid thumper of a performer that feels meaty and is pleasingly strong in the mid-range. For commuters or newer riders it ticks all of the right boxes with a smooth throttle pick-up, light clutch and slick gearbox, but once out on the open road it is also pleasingly rapid and happy to rev. It does, don’t forget, form the basis of the hugely successful middleweight TT bikes so has bags of potential! And the same can be said of its chassis.

A tubular steel frame with fairly budget suspension may not promise much on paper, but thanks to its light weight the ER is remarkably agile and is a genuine hoot to ride. A few quid thrown in the direction of its bouncy bits transforms the ride for minimal outlay and you are left with a bike that, much like Suzuki’s SV650, punches well above its perceived weight limit. However the real draw of the ER-6n is its price tag as for under £3,000 you can easily pick up a great example of this middleweight, making it tremendous value for money. If you are new to two wheels and want a solid, reliable and incredibly user-friendly bike, the ER-6n is a great choice. 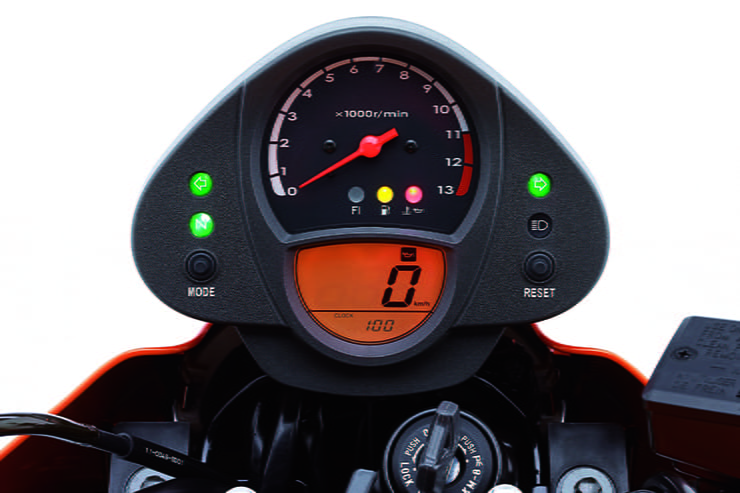 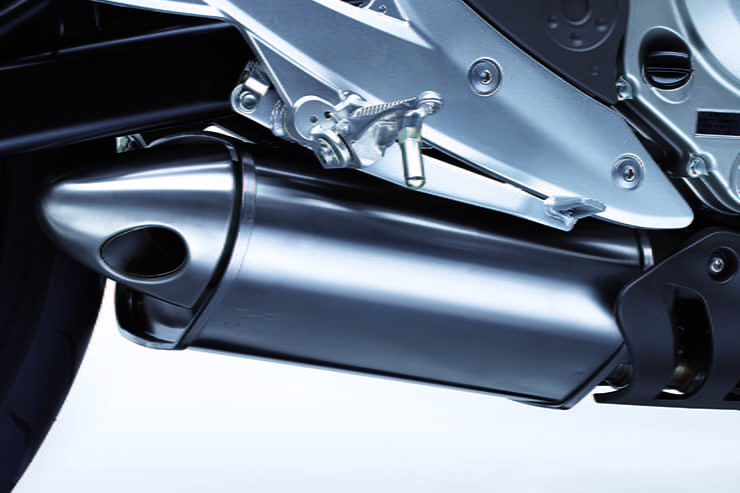 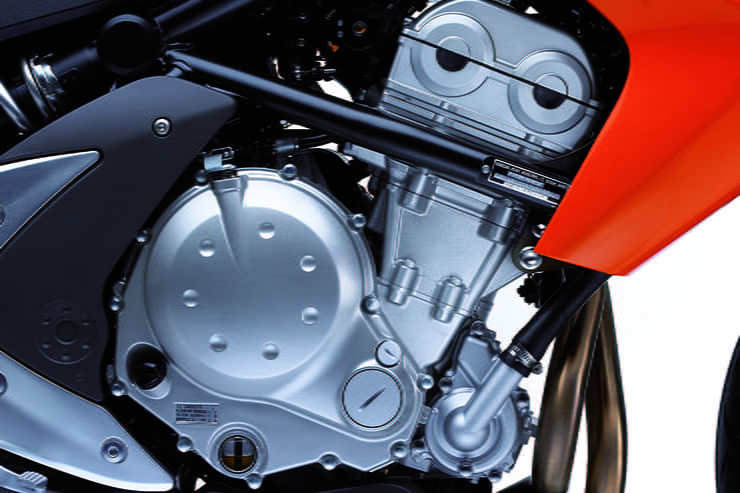 The ER-6n is built on a budget and that means they do have a fair catalogue of faults and fixes, something that is pretty easy to discover online as despite the ER lacking dedicated forums, there is no shortage of vocal owners out there…

If you are buying an early model ER, your major worry is the frame’s weld fracturing around the right-hand engine mounting bracket. Just type ‘ER-6n frame fracture’ into google and you will see a series of news stories from 2007 when it was all kicking off. At the time Kawasaki tried to place the blame on poorly fitted crash bungs (some of which were their own aftermarket items!), but it is actually due to the bracket being under too much pressure and twisting when the engine mounting bolt is torqued up. On a used ER, this weakness means that any low speed spill increases the chances of the weld cracking, so always check this area very closely and be especially wary of a bike with bungs fitted. Some owners also report the weld failing where the sidestand mount meets the frame, so also check this area.

Still on the subject of cracking, the exhaust is also a weak point and tends to crack where the downpipes meet the collector box. Again, it isn’t a hard subject to find on the internet and while there are no fixes as such (aside from welding it back together) a replacement aftermarket unit is relatively cheap with prices starting at £100, which is the benefit of having just two cylinders! If in doubt, change the system, however watch out for seized exhaust studs as these are a bit of a nightmare and often strip their threads when removed due to their exposed location. You can fit a thread insert, but there is always the potential of damaging the head while you do this so it is best left to an expert.

In terms of its suspension the ER-6n is decidedly budget and while the only worry on its forks are blown seals (not necessarily a bad thing as you can get them re-sprung and the oil upgraded for roughly £150 while they are being replaced) there are reports of the shock’s top mount developing some play due to wear. On any bike check the shock still has some damping (an aftermarket item will set you back roughly £300 for a budget replacement) but also ensure the forks aren’t bent or twisted in the yokes due to an impact. While you are at the front end, give the two-piston sliding calipers a check for corrosion on their sliders, causing the caliper to stick. A rebuild kit is only £40 a side, so it’s not a massive drama and there are loads of ‘how to’ guides on the internet to help you fix it yourself to save costs.

Finally there is the dreaded misfire. A fair few owners report older ER-6n models can start to cut out and misfire with the wiring loom the main culprit. According to owners the wiring around the headstock can rub, leading to it becoming exposed and failing, but faulty sidestand switches and throttle position sensors have also caused issues. If the bike surges or feels woolly, the chances are that the previous owner has never replaced the fuel filter (located in the tank) and it is clogged up with rust. A replacement is only £20 and isn’t too hard to fit. There are also a couple of reports of ignition barrels failing, so just check the key turns nice and smoothly.

Aside from the above, major engine issues are very rare (valve clearances need checking every 16,000 miles but are seldom off) and so it is all down to corrosion, consumable parts and general level of finish. 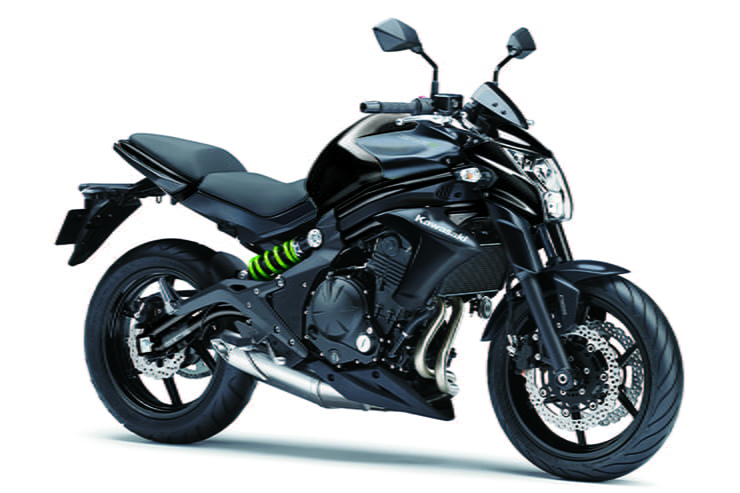 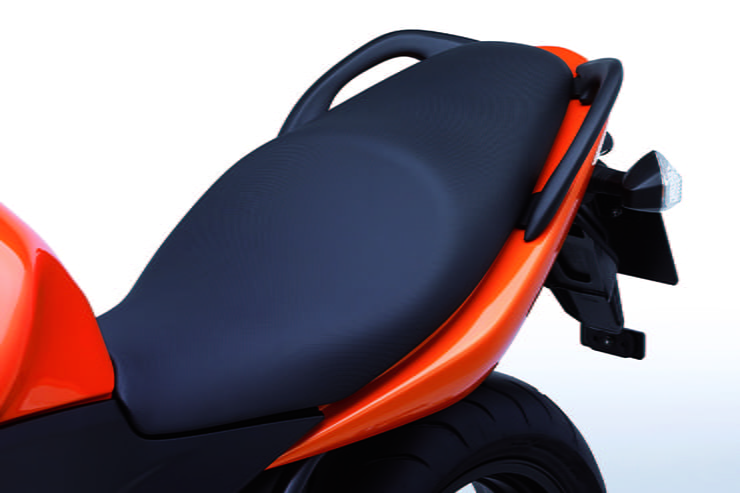 Over its ten year lifespan the ER-6n was only updated two times, however only one update was truly significant, the other was more a tweak to iron out a few early niggles.

In 2009 the ER-6n received a series of very small updates to its styling and chassis, but you would struggle to spot these when riding the two generations back to back. The far more significant change happened in 2012 when the bike received an entirely new frame and longer stroke suspension alongside revisions to its motor (new air ducts and filter and a tweaked exhaust system) and fuel map that added a small amount of power and torque. The easiest way to identify this generation is to look at its updated dash, which has an LCD speedo where the older models have an analogue one that is fairly illegible! The updated bike also features a split rider/pillion seat where the old model has a single unit and its riding position is roomier through 20mm wider bars, a taller seat height and 50mm narrower subframe. 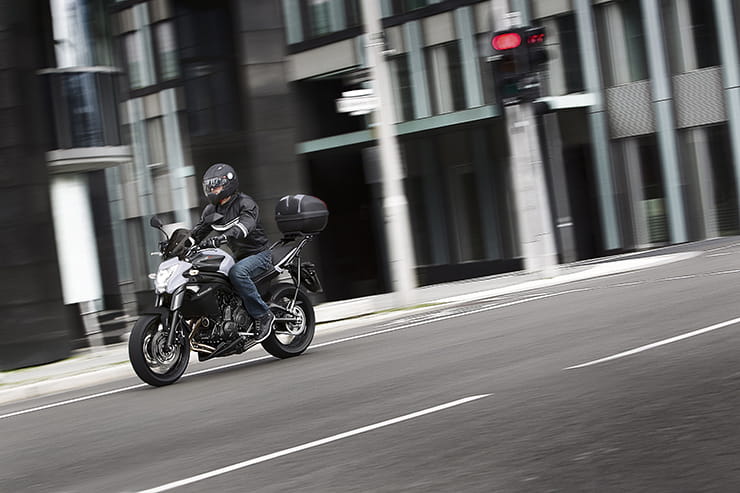 It isn’t hard to find a used ER-6n as this middleweight sold in big numbers for Kawasaki, however there is a big difference between finding a good one and a bit of a dog. Prices start at just under £2,000 for an early bike in private sales, however it will have over 20,000 miles on its clocks and will probably be fairly tatty. Up your budget to between £2,000 and £2,500 and you will get a tidy example from a dealer. In general mileage dictates price more than age on the ER-6n, so if you don’t mind a few miles on its clocks (again, over 20,000) then you can pick up an updated 2009-2011 bike for close to £2,500 with even a few high-mileage 2012 machines slipping into this bracket. Save up £3,500 and you can get an absolute beauty of a later model (roughly 2014 bike) with a very late 2016 model costing in the region of £4,000 with £4,500 the realistic top limit for a used ER-6n. 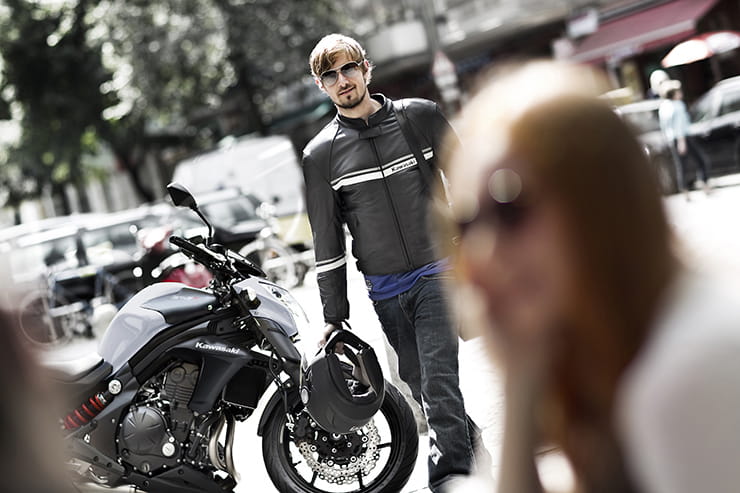 The ER-6n is a commuter’s choice, however oddly there aren’t that many dedicated forums, which is a surprise considering just how popular it is in terms of sales. There are sections on dedicated Kawasaki forums such as www.kawasakiforums.com or www.kawasaki-ridersclub.co.uk and there is a German-based ER-6n specific forum at www.er-6n-forum.de but that’s it in terms of forums. Maybe it is a sign of the bike’s younger ownership, but if you want to meet fellow ER-6n owners you need to head onto Facebook as there are far more Facebook pages set up to this middleweight than traditional internet chat forums.