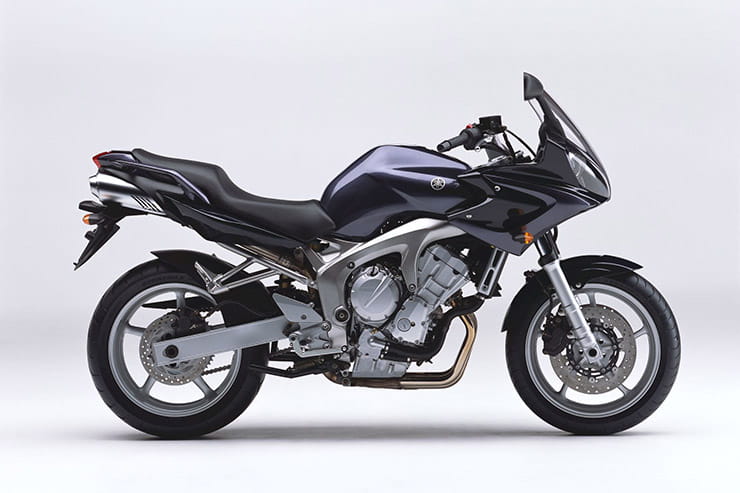 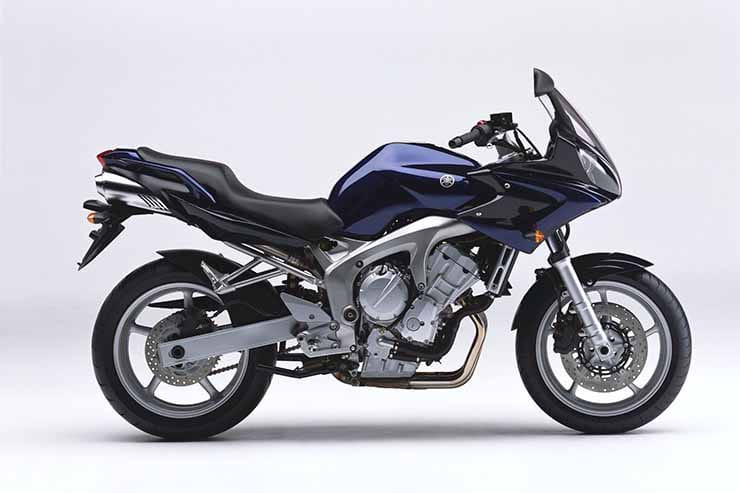 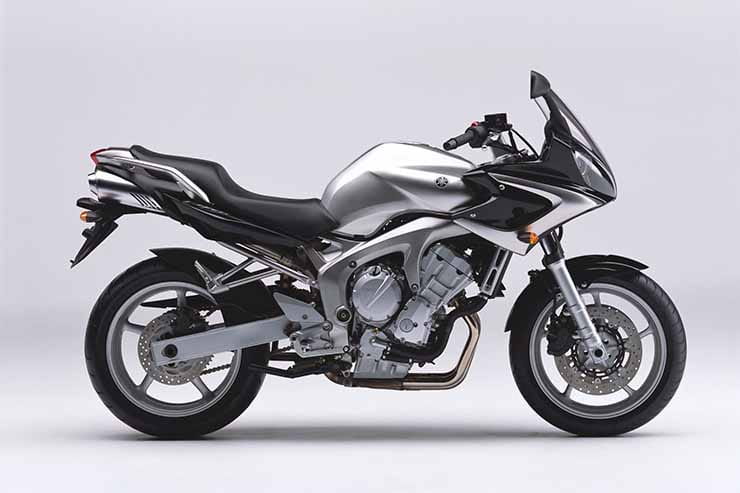 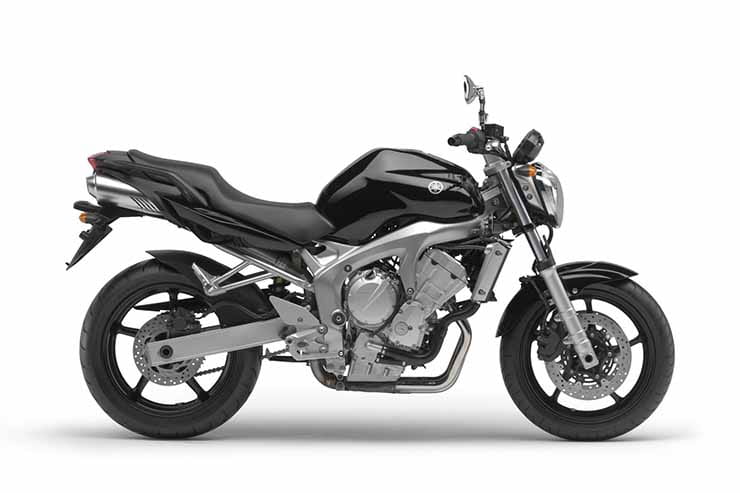 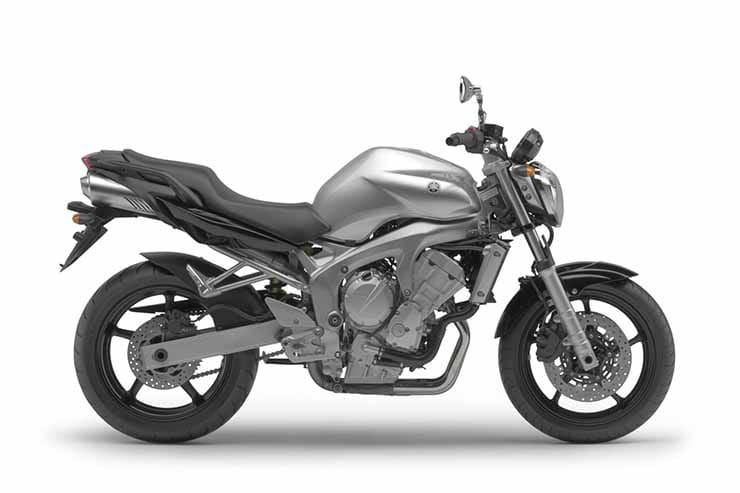 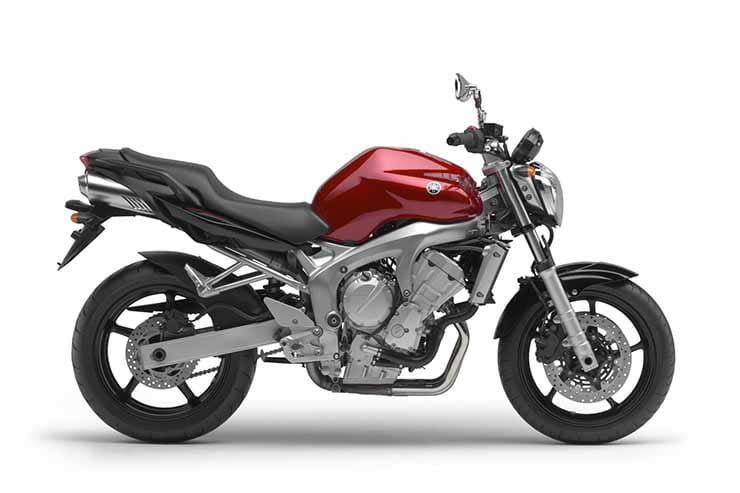 Replacing Yamaha’s much-loved FZS600 Fazer, the FZ6 models swapped the aging Thundercat-based motor for an all-new engine that owed its heritage to the firm’s YZF-R6 supersport bike. To go with this new motor, Yamaha also armed the FZ6 models with an all-new cast aluminium chassis, uprated suspension and a fresh look. Available in faired Fazer guise as well as naked FZ6, this generation had a rocky start to their life due to the R6 motor’s slightly rev-happy nature, making the FZ6 bikes feel more aggressive and lacking the relaxed charm of the outgoing Fazer. In time, however, they have matured into excellent, and very cheap to run, practical middleweights.

The used market is absolutely swamped with FZ6 models, meaning it is very easy to locate one and therefore competition is high and prices fairly low – which is good news for buyers! The naked FZ6 is slightly less common than the Fazer but neither machine is rare. Prices for a tatty FZ6 start at just under £2000 in a private sale or £2500 in a dealer with the Fazer version roughly similar. You can get high-mile hounds for less, but these are best avoided. If you want the updated S2 version you need to look at spending closer to £3000 for a tidy one with the top end of the market for a late model reaching £3500 - £3800. As the market is swamped with FZ6 models you can afford to take your time, shop around and be quite picky.

There was a lot of grumbling when the FZ6 models were launched about their engine’s lack of mid-range but much of this was due to rose-tinted glasses and if you ride the FZS and FZ6 back-to-back the new model is actually quite strong in its mid-range. The problem is the engine feels a bit revvy and vibey, which gives the impression it is lacking drive where the FZS is far smoother and lower-revving. With 98bhp and 49ftlb on offer the FZ6 makes more than Yamaha claimed the FZS made (95bhp and 45.8ftlb), but where the older bike made its peak figures at 11,000rpm and 9500rpm respectively, the FZ6 does it at 12,000rpm and 10,000rpm, hence the impression it is working harder when you ride it.

Here we do have a few legitimate gripes about the FZ6 models as their gearboxes are a bit clunky and the clutch’s action is grabby and not very pleasant at all. It is an issue Yamaha never really got to grips with throughout the model’s lifespan yet, ironically, on the updated XJ6 Diversion models, which feature the same R6-based engine, they sorted it out. This weak point aside, the inline four is a very strong motor and as it is de-tuned when compared to the R6 is also very reliable. Occasionally you get gearbox de-tension springs go, older machines may suffer from Throttle Position Sensor (TPS) failures and you always need to be aware the motor needs a valve-clearance check at 24,000 miles which is a big bill but generally you are very safe in terms of the motor’s reliability. Watch out for badly corroded or leaky radiators, which are expensive to replace. 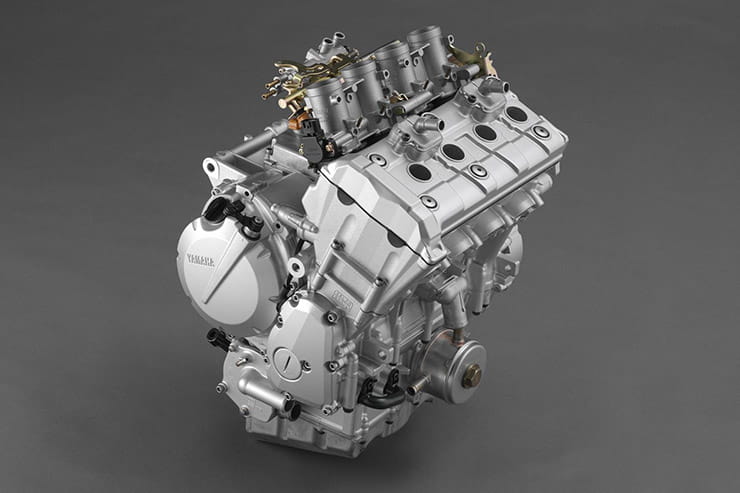 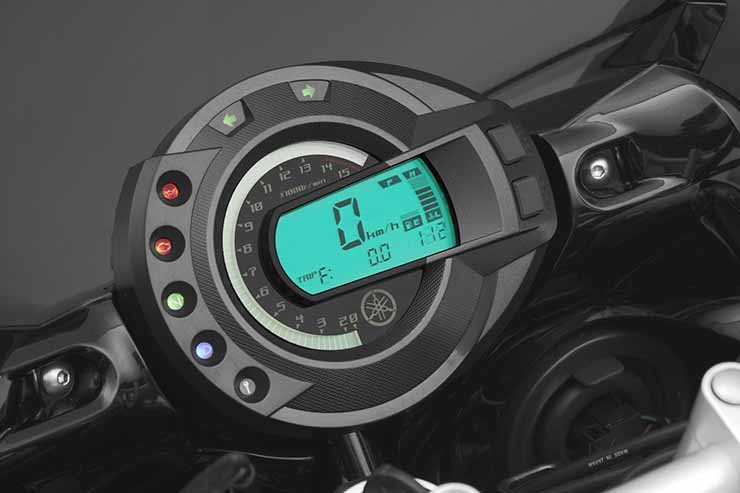 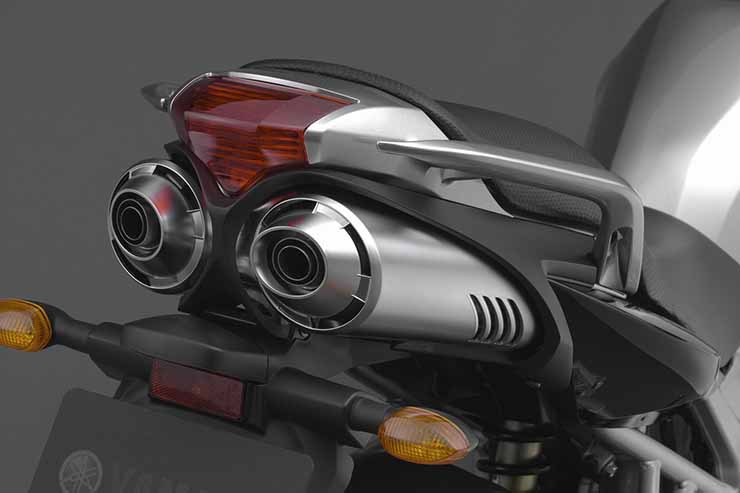 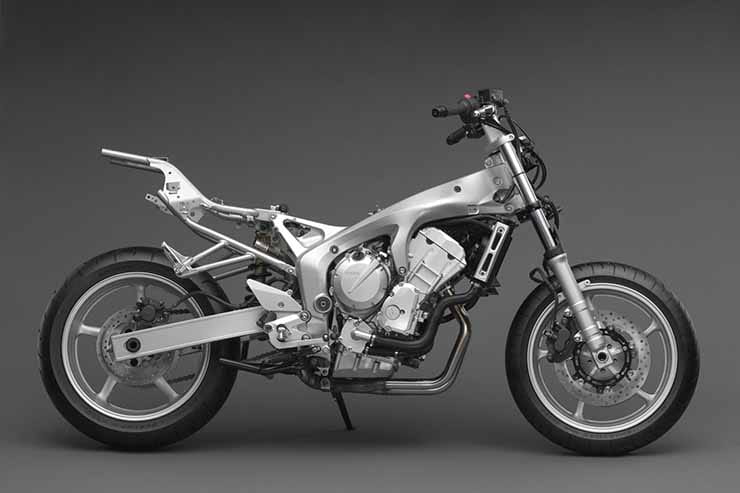 Pleasingly frugal with mpg figures ranging from the mid-40s to low 50s, the FZ6 models can touch 200 miles from a tank, which is excellent for a middleweight commuter. The Fazer is slightly more fuel-efficient due to its aerodynamic fairing than the naked FZ6.

In all the fuss about the R6-engine, most testers forgot to mention that the FZ6 generation of models are very good handling bikes indeed and lightyears ahead of the wobbly old FZS600. Not quite as sporty as the likes of the Hornet, the FZ6 and Fazer are more than happy to be chucked at a few bends and they aren’t uncommon on trackdays either. There is bags of ground clearance and despite lacking adjustment the suspension is fairly decent, helped by the fact it is set quite stiffly as standard. In town, the FZ6 models’ low seat height makes them easy to manoeuvre and they are blessed with a very good turning circle, something Yamaha deliberately engineered into the bike. On used bikes that are approaching the 20,000-mile mark always check the state of the shock as they aren’t rebuildable and that means when they lose their damping you are looking at buying a replacement unit with budget aftermarket ones likely to set you back in the region of £300. Or you can take a punt on a used OE unit on eBay, which is a gamble.

When the FZ6 models were launched, there was much gnashing of teeth about the fact they were given budget two-piston sliding brake calipers were the FZS600 had R1 ‘blue spot’ four-piston ones. This ‘down grade’ was rectified in the 2007 S2 update when both models of FZ6 gained four-piston ‘silver spot’ units and the option of ABS. The four-piston calipers are very robust but the sliding ones can stick on their sliders due to corrosion, which is a quick and fairly cheap fix that a competent DIY home mechanic can easily achieve. Don’t tell anyone, but the sliding calipers deliver more than enough braking performance, they just don’t look very cool… 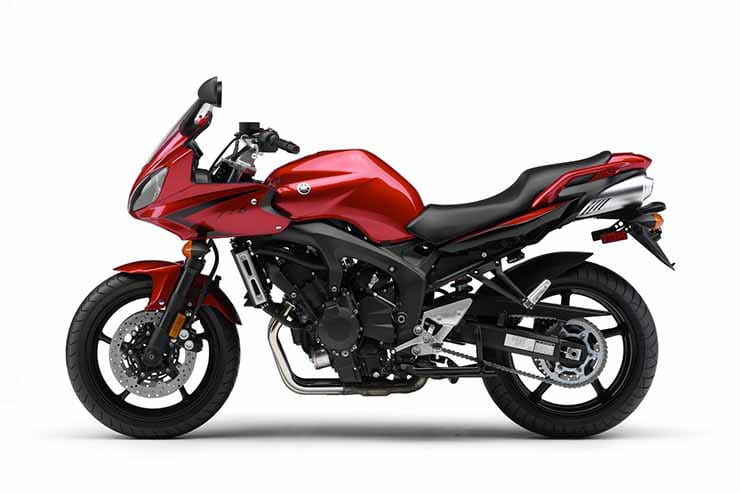 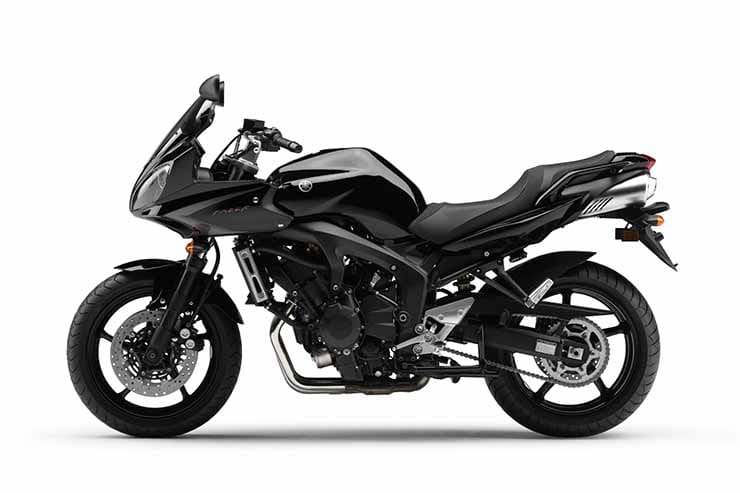 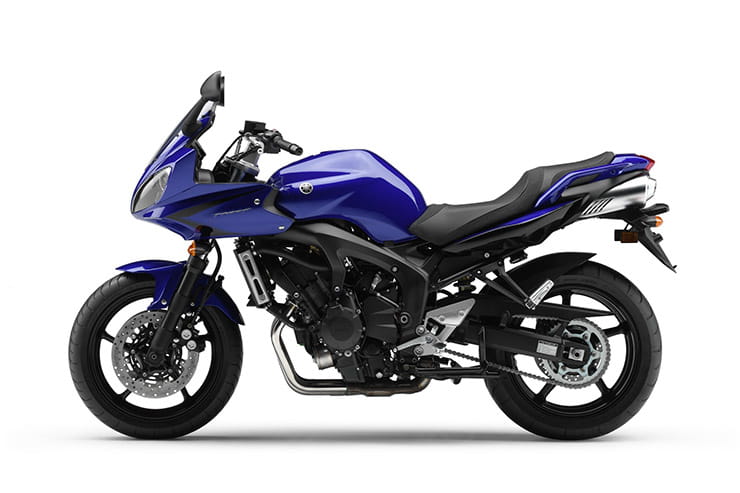 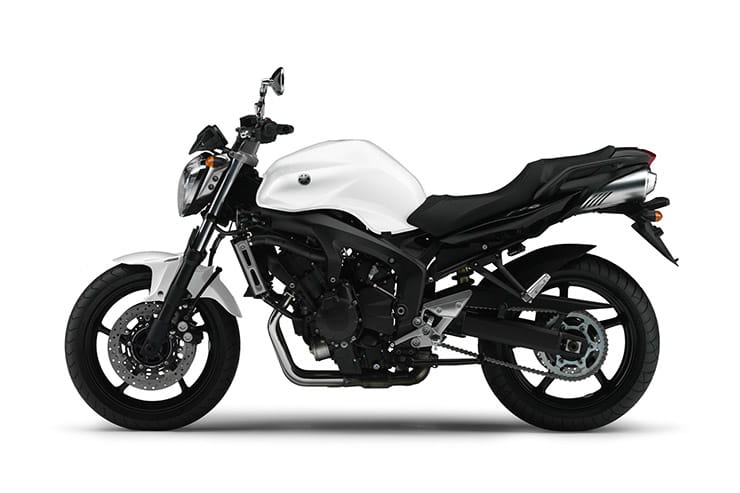 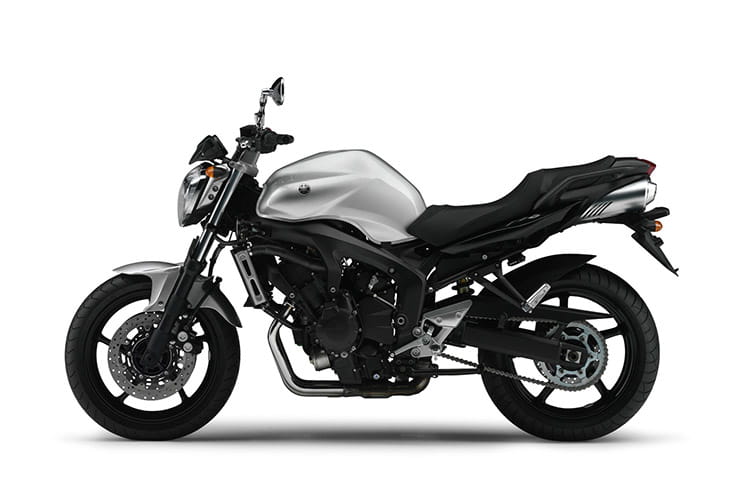 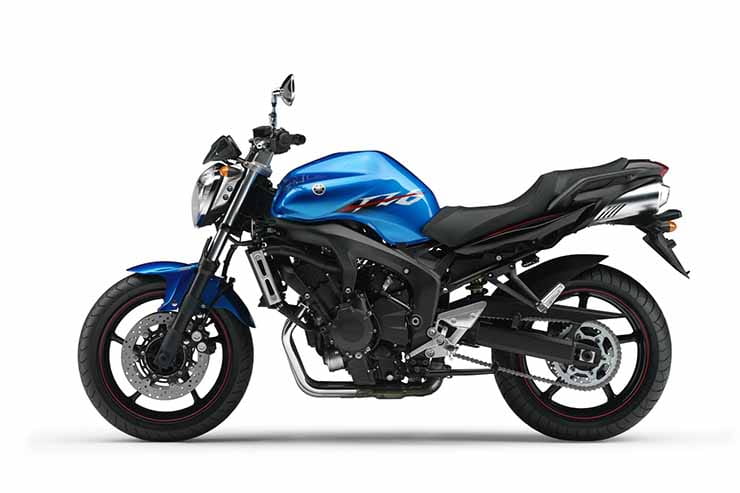 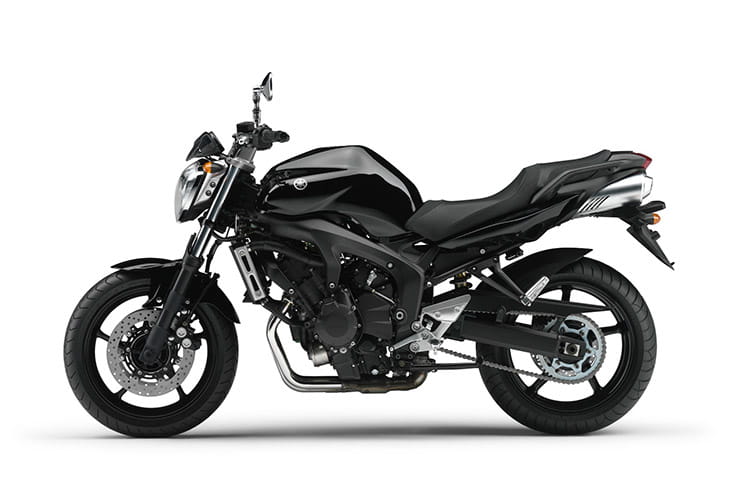 Obviously, the Fazer is a better tourer than the FZ6 thanks to its half-fairing (you can buy aftermarket fly screens for the FZ6) and many riders do take theirs on long trips. The seat is firm but not that bad, riding position comfortable and the fairing actually quite good. As a lightweight tourer, a set of throw-over panniers (careful of the underseat exhaust!) and a top box / tank bag and you are away. As the Fazer is perfectly happy to sit at 70mph it is more than up to the job of covering big miles.

The only rider aid is ABS, which was an option on post-2007 models. A fairly decent system, it is probably worth having if you are given the option. When it comes to accessories there are loads to choose from with most aftermarket firms catering for the FZ6. A belly pan helps protect the exhaust from rusting too badly, a grille keeps the radiator safe, heated grips are a blessing in winter, top boxes and luggage racks are popular and taller screens are also good additions. Just watch out for heavily modified FZ6 models as some owners fit Renthal or other replacement bars and you need to ensure the throttle cables or brake lines haven’t been compromised. When buying used, always check the dash for any signs of missing LCD sections as they are known to pack in and that’s a big bill to replace while the immobiliser system requires the red ‘master’ key to replicate black keys, so check this is included in the sale.

The FZ6 and FZ6 Fazer are solid middleweights that although unpopular at the time are very good value in the used market, solidly built and practical. Maybe not the sexiest of bikes, they deliver on no-frills commuting and are more than up for a bit of weekend amusement when the sun is out and the tarmac is warm. 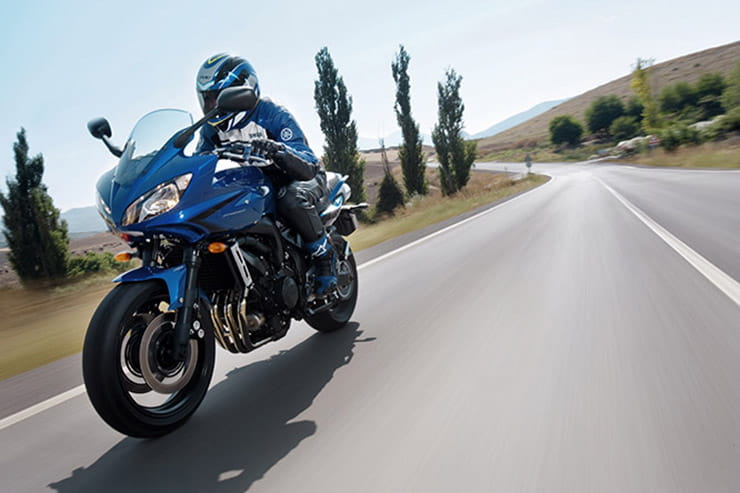 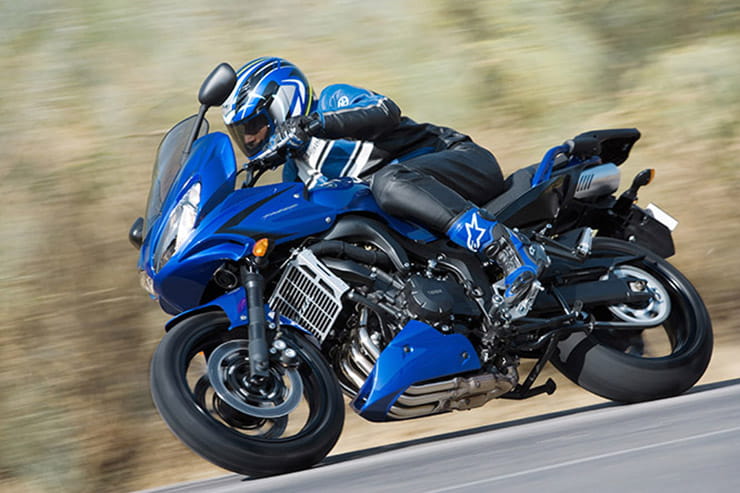