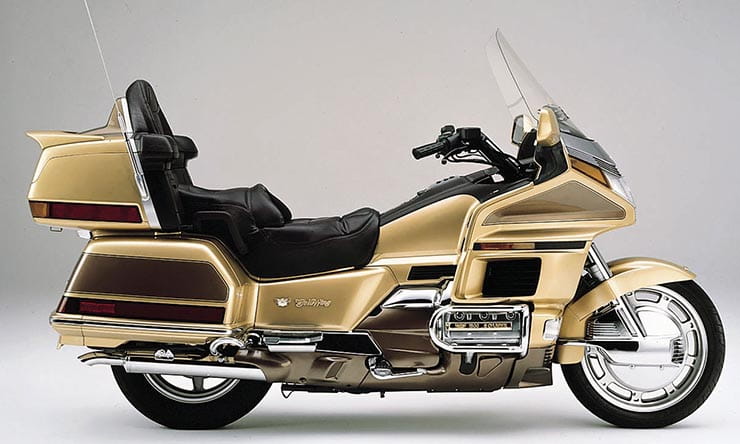 The Honda Gold Wing is a bike that polarises opinions. Some riders look at it and instantly dismiss it as having all the size of a car, but with none of the practicalities of a bike. Others, however, see it as the ultimate in luxury two-wheeled transport and a machine that is all-day comfortable for both a rider and pillion. If that description ticks your box, then the GL1500 is the perfect entry point in the world of Gold Wing ownership…

Buying a Gold Wing isn’t just about buying a motorcycle. It is far more. Much like when Harley owners sign up to HOG, buying a Gold Wing often leads to membership of the Gold Wing Owner’s Club (GWOC) and that will open the door to a world of two-wheeled adventures. From WingDings to European touring, the GWOC is incredibly active and offers you something to do and somewhere to go on your bike every weekend whatever the weather. For many Wing owners, the club is the real reason why they own the bike. But owning a Wing can be an expensive process.

There is no denying Wings are pricey, but they are built to last and that’s why the GL1500 is a great used buy. With prices starting at £4000 you can dip a toe in the water of Wing ownership and see if it’s for you. If not, don’t worry, you will be able to sell the bike on for minimal loss. Probably none at all. If, however, you do enjoy the club then the GL1500 with its flat-six motor is a simply fantastic cross-continental tourer that will never let you down.

The GL1500’s flat six soaks up miles and as long as it has been serviced regularly, there is nothing to fear mechanically if a used bike has covered over 50,000 miles. Even a 100,000 mile bike is still a pretty safe bet. Think of it as a car motor and you aren’t too far shy of the mark. The GL1500 needs its carbs nicely balanced or it will run very poorly and the air filter should be cleaned or changed regularly. Watch out for the swingarm, which can rust around the weld, and also the exhaust collector box which can also rust through. As the brakes are hidden behind covers, owners often fail to spot worn pads and this can lead to disc damage and binding calipers are also a common complaint. Always check all the electrical items work, especially the air-ride suspension, and be very wary of nasty aftermarket items wired into the loom as this can cause issues. Crash damage is very common as Wings are big old bikes, so expect a few scuffs on the engine bars. In general, buying a Wing is pretty safe as most are very well looked after and serviced regularly. If you go through the Gold Wing owners club you should be pointed in the direction of a nice example, as they are a very friendly bunch and know most of the Wings and their owners on the UK’s roads.

The GL1500 did receive a few updates during its life, but in all honestly, they don’t make a huge difference to the riding experience. In 1990 Honda updated the brakes to drilled discs, but this wasn’t much to write home about. A major change happened in 1995 with the bike gaining a lower seat height and narrower frame, so if you are shorter in the leg search one of these models out, and in 1998 the engine’s heads were altered very slightly and a new exhaust fitted. Other than these updates, it was basically just colours for its 12-year lifespan.

With a new GL1800 Wing costing a staggering £24,999, it comes as no surprise to find out that the used market is also very strong. An early generation GL1500 will set you back in the region of £4000 for a very high mileage (over 70,000 miles is common) example with a lower mileage (nearer to 30,000) bike costing closer to £5000. A later generation can be had for under £7000, but as prices of the GL1800, which is a better and more powerful machine, start at £8000 this is about as high as a GL1500 will ever go. As they are the middle Wing, they aren’t considered collectable like the original GL1200 generation, which is good news for buyers. 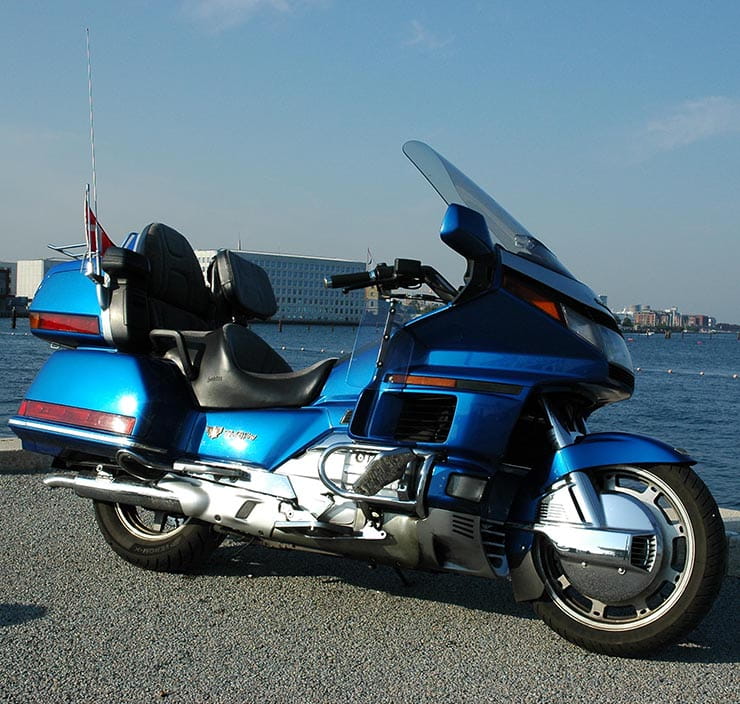