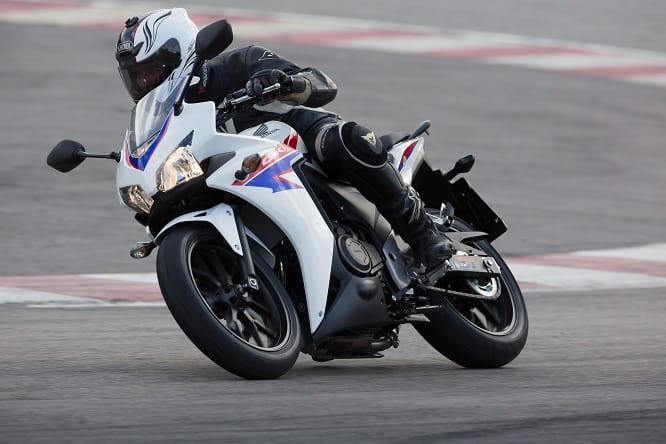 Because it’s a purpose built, A2-licence and learner-friendly sportster with a reassuring and quality Honda badge and an affordable price.

Honda has built the CBR500R specifically to comply with the recently introduced Europe-wide A2 licence classification. Introduced in 2013, the new law restricts 19-24-year-olds to machines with a maximum of 47bhp.

Honda’s response was a new family of 500cc twins which produce just that – 47bhp. There’s the roadster CB500F, adventure style CB500X and this sportster, the CBR500R. All share the same, brand-new, liquid-cooled, DOHC, 8v parallel twin and tubular steel diamond frame; the main differences being bodywork, riding positions and suspension travel. Assembly in Thailand (another Honda first), meanwhile, helps keep the price down.

So, yes, the CBR’s a fairly soft, basic, novice-friendly machine – but that’s what’s needed in this category. It’s a doddle to get aboard and get on with and is flexible, light, intuitive and completely unthreatening – but that doesn’t mean it’s boring, either. Wring the little Honda’s neck and there’s plenty of go and enough predictable handling to have fun with and give a taster of bigger sports bikes to come. As such, the little CBR manages to blend its dual roles of being novice-friendly and yet offer some sports fun, brilliantly. It’s only been out a little over a year, so the jury’s still out on its durability and reliability while there has been a slight question mark over its servicing costs due to over-cautious short service intervals. Overall, though, there are few better bikes in the class, and if you don’t like the style, there’s the adventure ‘X’ or roadster ‘F’ to go for instead!

Although it’s only been available since spring 2014 there are plenty of low mileage, used examples of the CBR on offer simply due to the very nature of the A2 restriction – no owner is likely to keep their bike for more than a couple of years. Although no significant mechanical issues have come to light during that time it is worth having a good look around the machine for the classic ‘learner bike issues’. In other words: as it’s a novice bike there’s a high chance it’s been dropped (so check levers, controls, exhaust, mirrors, bodywork etc for scuffs and damage, some of which can be particularly expensive to repair). While it’s also important to look for both signs of misuse (for example damaged wheel rims or wheels running out of true) and neglected routine maintenance, such as a non-lubricated chain, wrongly-inflated tyres, worn pads or discs or poorly adjusted controls. These kinds of issue are more common than not on ‘leaner’ bikes and many of them can affect condition and thus value. There are plenty more fish in the sea after all.

No changes as yet, although some owners will have fitted their machines with desireable extras such as a Honda pillion seat cover, taller screen or quality silencer such as an Akrapovic  Three colours are available: plain red, black or classic Honda ‘Tricolore’ of red/white/blue. 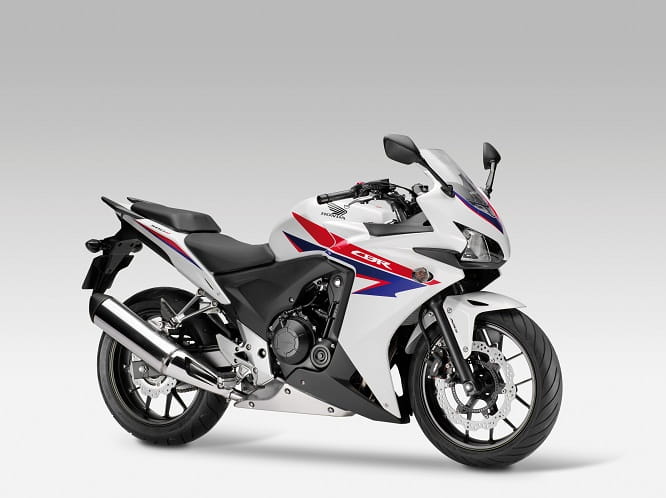 Although new price is currently around £5500, you can pick up a good, low mileage example that’s barely over a year old for only £3500. We’ve also seen virtually as-new, ultra low mileage examples with just a few hundred miles under its wheels and loaded with accessories for around £4500 so there are plenty of bargains to be had.

Own one already? Tell us about its good and bad bits.  or !