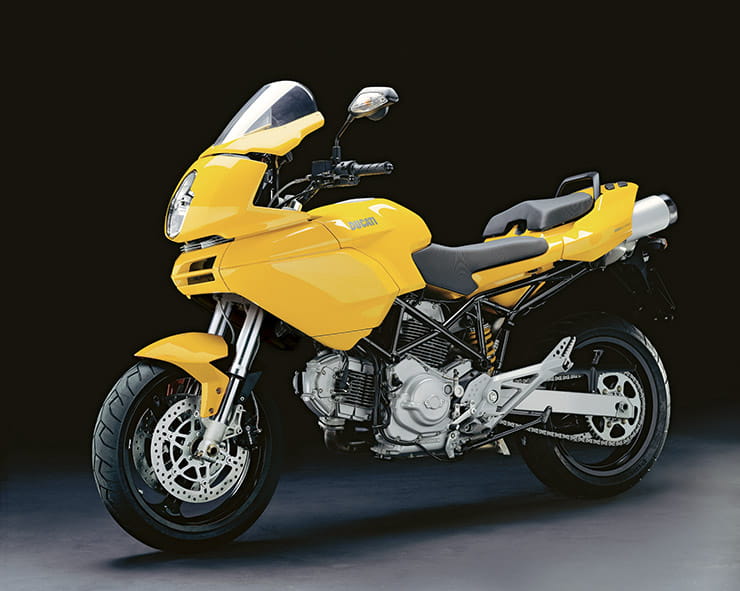 The often forgotten about Multistrada 620 is an absolutely brilliant bike for those looking for a practical do-it-all that has a bit of Italian charm without too many of the associated hassles. Buy a good one and you will wonder why on earth this excellent machine never sold well in the first place. It didn’t and that’s part of the reason why it is such a bargain in the used world.

Launched in 2005, the Multi 620 mimicked the look of its bigger brother but used a dual sided swingarm and the smaller Monster 620 engine to save costs. Which was the first issue. A price tag of £5,500 was still pretty salty for a bike that many viewed as a new rider’s tool. And this, added to a tall 830mm seat height and the slightly Marmite styling meant that dealers were left with stocks of Multi 620s for sale and no one looking at buying them. Having failed to hit the mark, and with Ducati cutting back its model range, the Multi 620 fell from grace in 2007 and has generally been overlooked ever since. Which is an error.

If you are after a light, practical and above all, fun machine to blast around on, the Multistrada 620 is a tempting buy. Due to the narrow nature of a V-twin, the 830mm seat height isn’t that apparent and with its APTC clutch and upright riding position, the Multistrada is a great town bike. The little 620 engine makes a claimed 61bhp, which is enough to allow you to have a solo weekend away on it, and with panniers fitted and even a top box this is a good bike for gentle touring. As with any Ducati there are a few downside to ownership, namely running costs and build quality, but overall the Multistrada 620 is more than worth a second look. Get one for in the £2,500 price bracket and you will be one very happy Ducatisti. 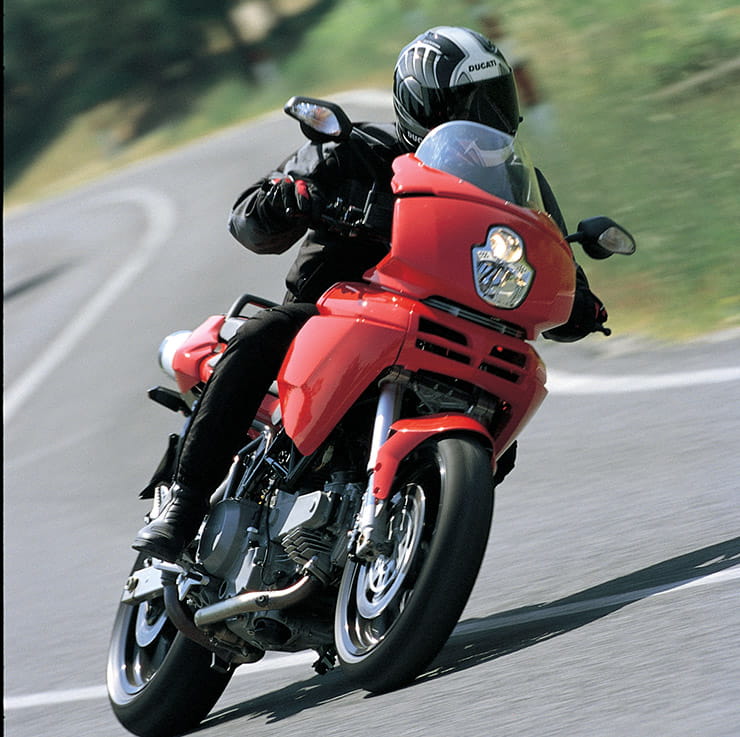 The Multistrada 620, like the smaller capacity Monster models, suffers from owner neglect and poor build quality. Very few are serviced at their required intervals as despite the air-cooled engine making it cheaper than you may expect, newer riders tend to be less mechanically sympathetic than owners of the more premium Ducati models. Any service history is a major bonus, but the best idea is to assume it hasn’t been looked after and change the belts and oil straight away. On the build quality front, it is the usual annoyances. The electrics are poor with the side stand cutout switch, starter solenoid and reg/rec weak points and the finish on the engine is also fairly suspect. When comparing used models, always pick one with extras such as panniers already fitted as while aftermarket firms will still make bits, you can no longer buy official Ducati kit.

The Multistrada 620 was a relatively short lived model as it was only in production for four years, however that didn’t stop Ducati making a few versions. The standard Multistrada 620 was joined in the range by the Dark in 2005 (pictured below), which brought mean and moodier black paint and dropped the price tag by a few quid. Towards the end of the model’s life, when sales were at rock bottom, a few dealers also started to add touring kits to their bikes in an attempt to boost sales. 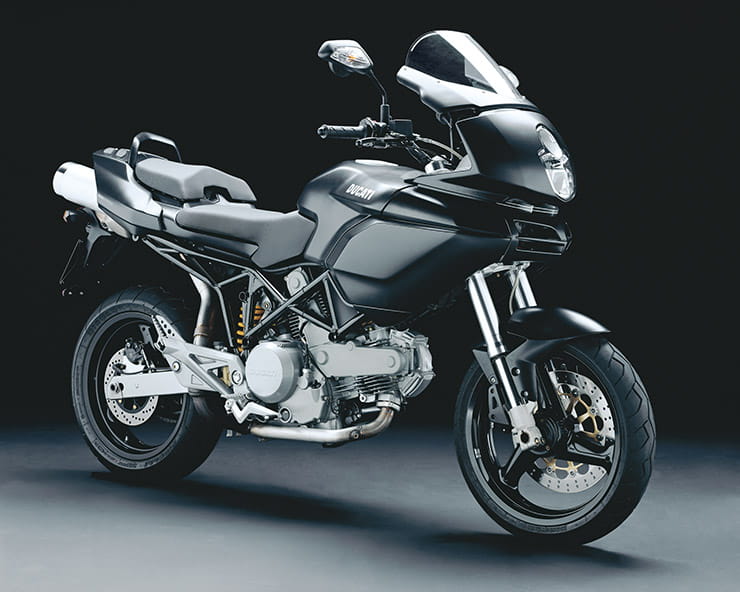 Due to its unpopularity, used Multistrada 620 models are pretty rare, however that doesn’t mean they are pricey. Quite the opposite in fact. You can pick up an early Multi 620 in a private sale for around £2,000 if it doesn’t have a great service history. A dealer will try and up this to closer to £2,500 for a nice quality machine and a real minter will be in the £3,000 region. While this may sound pricey for a bike that is over a decade old, it’s not actually that bad for a low capacity Ducati model. There are also deals to be had, so haggle hard as this isn’t an easy sale for a dealer.

http://www.ducati.ms – This Ducati dedicated forum has sub-sections on all Bologna bikes, including the baby Multistrada.