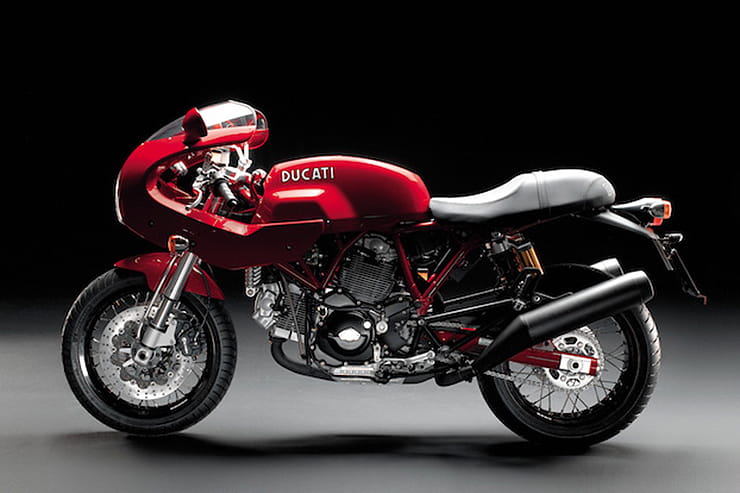 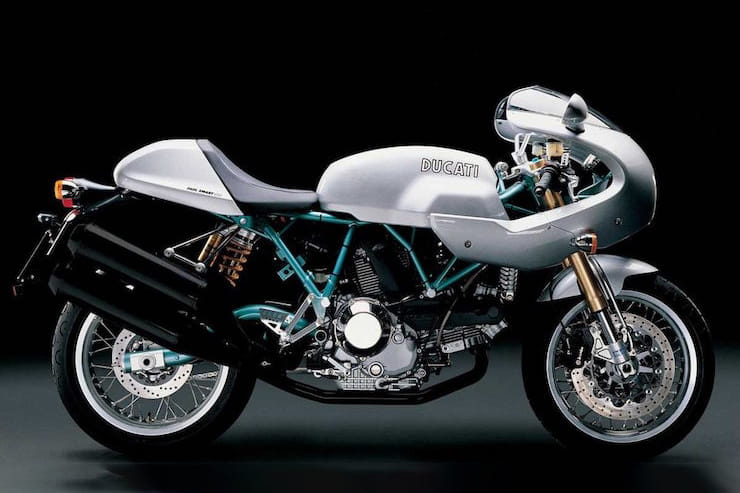 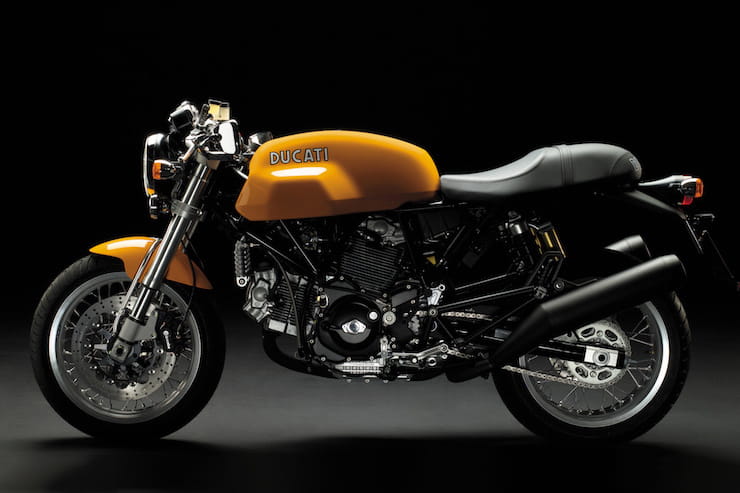 Ducati’s Sport Classic family of modern retros is one of the great ‘what ifs’ of modern motorcycling. Launched ‘before their time’, before the whole retro fashion had begun to take off, and blighted by a couple of annoying design faults, they were a commercial failure killed off by Ducati after just five years. But with great styling and design touches, proven modern 90bhp performance and exclusivity more modern retros can’t match they’re now an in-demand, appreciating used buy. The days of a £5K bargain used Sport Classic may be long gone, but it remains a quality, handsome, useful and classy used buy.

The Sport Classics were inspired by Ducati’s Pierre Terblanche designed, limited edition 2002 Mike Hailwood replica MH900e, of which only 2000 were made. That bike’s popularity led Ducati to unveil a whole new range of prototype machines under the ‘SportClassic’ banner at the Tokyo Show of 2003 and the reaction there was positive enough to encourage Ducati to push the production button, years before the retro fashion had actually taken off.

A less extreme, more comfortable, two seat version, the GT1000 (after the 1971 GT750), was launched the following year and, although not as stylish – it required a shorter tank and different twin shock rear end to support a passenger, in turn requiring a less stylish exhaust – and with a more basic spec (for example chrome wire wheels instead of the earlier bikes’ alloy rims) practical), it was also more practical and, at £6999, more affordable.

Further Biposto twin seat versions followed but it was too late and none, in this era before ‘retro bikes’ took off, were a success – the original single seaters in particular being considered to extreme and uncomfortable. For a few years a 1000 Sport could be a used bargain, with prices falling below £4K. With the surge in the popularity of retros, however, especially since the debut of BMW’s R nineT in 2013, used prices have skyrocketed. Today, the cheapest GT1000 is £8K+, a Sport or 1000S well into five figures and the most collectable of all, the Paul Smart, 15 grand and counting… 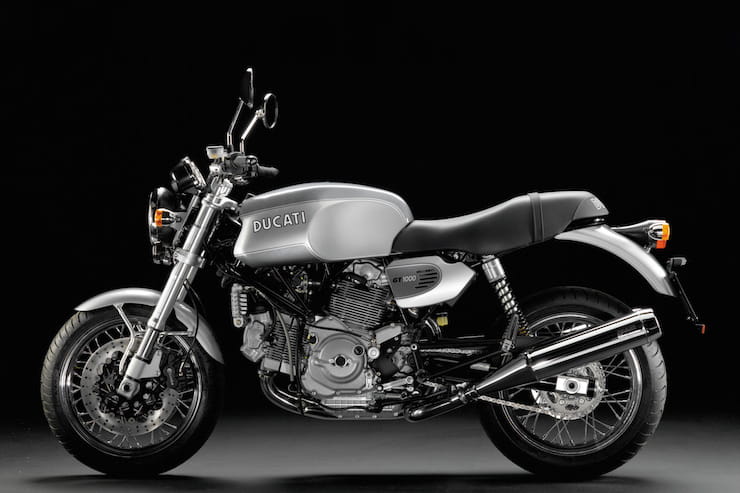 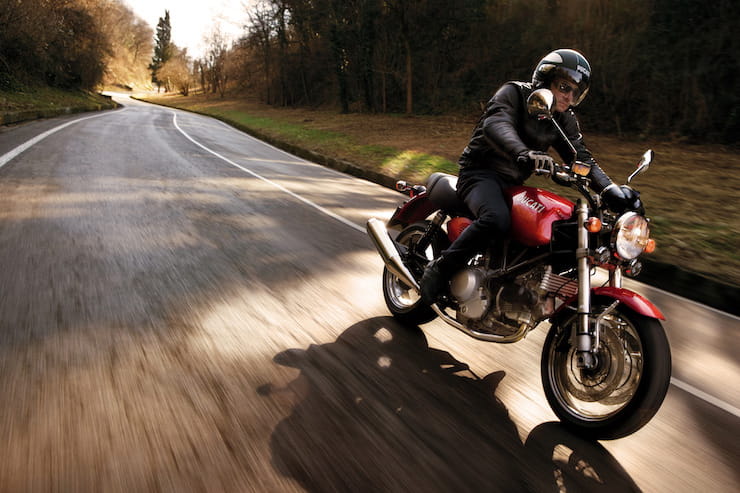 Despite all the brouhaha about the SportClassics their heart, the engine, was actually utterly conventional, being the proven, 992cc 1000DS unit which then also powered not only the Multistrada 1000DS bust also the 1000SS and Monster 1000. Fortunately, however, it was not only proven and available, being an air-cooled V-twin producing 92bhp, which is more than sufficient for a retro (even today’s latest Triumph Thruxton barely produces any more). That, combines with its decent 67lb-ft peak torque makes all the SportClassics both easy and flexible off the throttle yet with enough ‘top end’ to entertain, and all with an indistinguishable, classic Ducati, V-twin rumble.

Although representing a previous generation of air-cooled, pre-electronics Ducatis, the SportClassic family’s 1000DS air-cooled, Desmo V-twin is a proven, classic Ducati powerplant that was used across a huge variety of machines in the early Noughties ranging from the 1000SS sports to the Monster 1000 naked and even the semi-adventure original Multistrada. As such, although no high tech, hugely potent motor, it’s decent, worthy and proven. That said, this earlier generation Ducati motor doesn’t benefit from more modern machines’ extended service intervals and will require expensive cam belt changes every two years or 12,000 miles. The gearchange is a little ragged, too (we called it character at the time), as is the low-rpm delivery, but all this also somehow fits with the SportClassic retro style. The original monopostos have a stylish, stacked twin exhaust with some even upgrading further to a Termignoni option. Later Bipostos had a single exhaust down each side due to the different rear suspension, which were also revised in 2008 to meet Euro3. 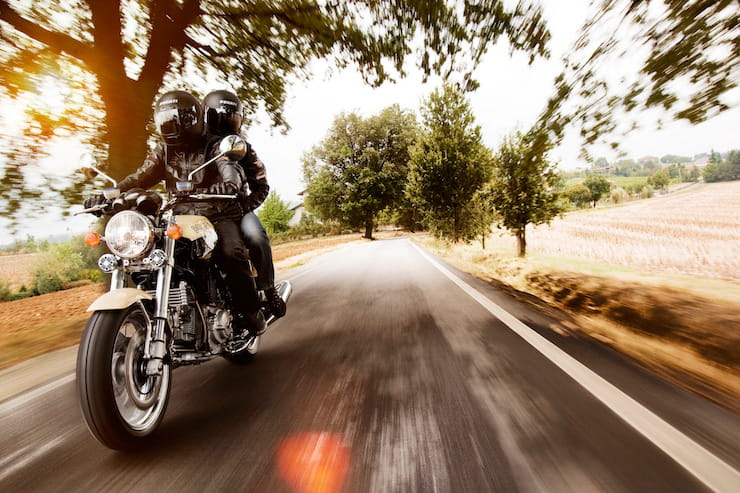 Nothing much to right home about here. The fuel-injected 1000DS powerplant has neither an excessive thirst for fuel, mostly due to it being a comparatively low-revving twin, nor is it, being a fairly old, air-cooled design, notably frugal. Expect mid-to-high 40 mpg figures in typical use, extending to 50 if ridden particularly gently or falling to low 40s if scratched hard as the 1000 Sport, in particular, demands.

In broad, general tems, all SportClassics handle far, far better – and more entertainingly – than you might expect compared to most modern ‘retros. Being Ducatis and conceived from the outset to be enthusiast machines, the first two models in particular, the Paul Smart LE and the 1000 Sport, thanks to their slim, narrow, lightweight chassis, decent suspension (even more so on the Ohlins-equipped LE), sharp steering geometry, sporty riding positions with low, clip-on bars and fat tyres, were both an absolute joy to hustle around a set of twisting roads. On the downside, that extreme riding position, especially on the unfaired Sport, was uncomfortable and the trendy Pirelli Phantom tyres couldn’t match the latest sports rubber but on the whole these were retro roadsters that were designed with enthusiastic sports riders in mind. 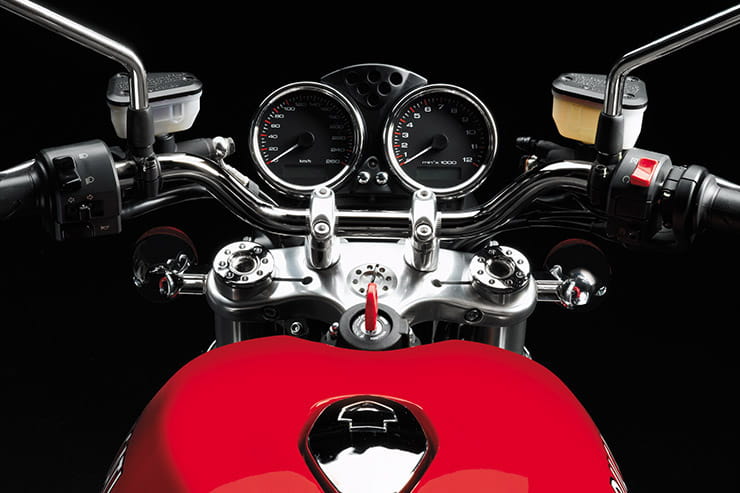 While some more modern retros are conspicuously built down to a price with the sometimes-marginal cycle parts to match, this was never true of the SportsClassics. They are Ducatis after all. The base models – the 1000 Sport and GT1000 – all had decent Marzocchi suspension and sporty tyre widths and also had the decent Brembo brakes to match. Up front, big, 320mm semi-floating discs are grasped by pukka four-piston Brembo calipers, and although these are the earlier, pre-radial type, they suit the SportClassics perfectly and offer plenty of braking power and feel.

With hindsight, this was one of the weak spots of the original SportClassics – at least of the first two. The Paul Smart LE and 1000 Sport both suffered from overly extreme riding positions, specifically the low clip-on bars that proved excruciating over any kind of distance. 1000 Sport riders fared the worst due to the bike also being unfaired. Many owners quickly adapted their machines by fitting higher bars from the ST3, something Ducati themselves adopted on production models from 2007. That year also another of the original bikes’ failings – the single seat – addressed by introducing the 1000 Sport Biposto and 1000 S (which was basically a lower spec, twin seat version of the faired LE), both using modified versions of the GT’s twin shock rear end. In terms of touring comfort both were a great improvement although both are still, really, solo sports machines. Best of the bunch over distance is the more upright, twin seat GT1000 which, although less stylish and sporty than its stable mates, is a decent al-rounder, with the addition of a plexi screen and panniers makes an OK two-up tourer and yet retains enough quality touches and SportClassic style and character to allure.

Originating in 2005, the SportClassic family predates the era of electronic rider aids, which essentially took off with the introduction of the first ride-by-wire Yamaha R6 in 2007. On the plus side, however, Ducati were also ahead of their time when it came seeing the accessories potential of retro bikes. When launched, not only could you buy performance Termignoni silencers and a variety of cosmetic bolt-ons, Ducati even did a dedicated range of retro inspired clothing including leather jackets, gloves and more. Used examples with both factory extras and the original items are prized. 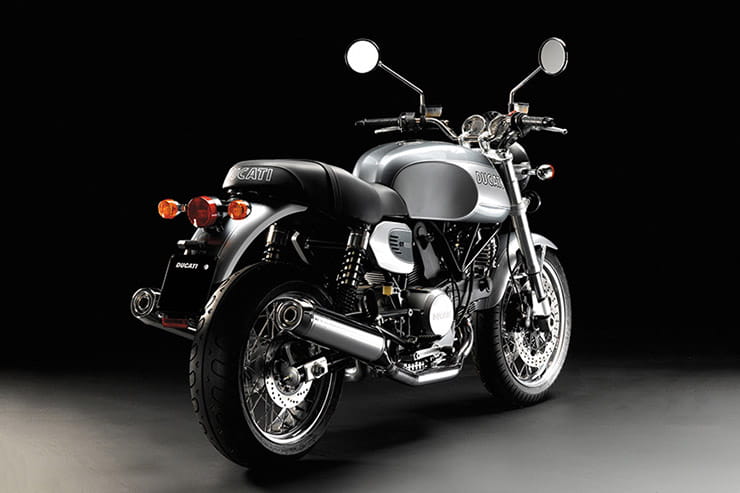 It’s been said many times before but Ducati’s SportClassics were retro bikes before their time – as is reflected in their appreciating used values today. Their style, still-competitive performance, exquisite quality and detailing and exclusivity really stand out in a modern retro market dominated by fairly average Triumphs, R nineTs and even Ducati’s own, slightly basic, Scramblers. That said, they’re not perfect, either: the ergonomics of the original 1000 Sport and Paul Smart LE are fairly extreme (although most will have now been modded); those first versions only had single seats; the style of the GT was a little drab and by the time succeeding models (the Biposto and 1000 S) had rectified these faults, the moment had gone. As a used buy today, however, their appeal is stronger than ever – as unfortunately now if reflected by their prices, particularly as there simply aren’t ay rough or cheap examples. Was a time you could get a SportClassic for £4K now it’ll cost you double that, and more…

Three things we love about the SportClassics…