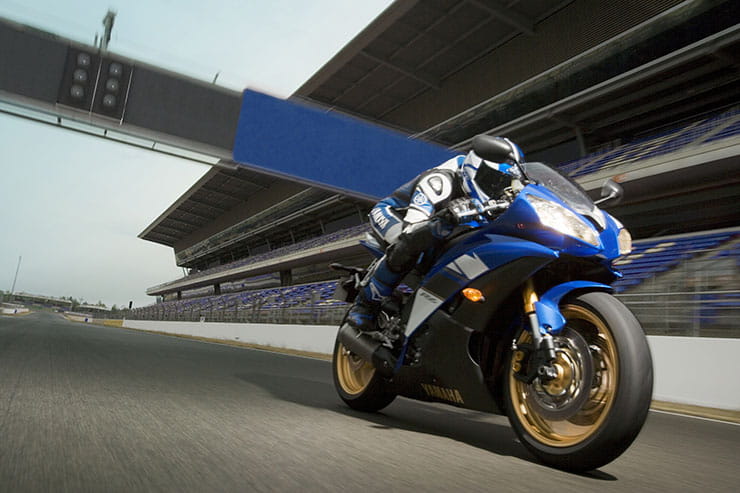 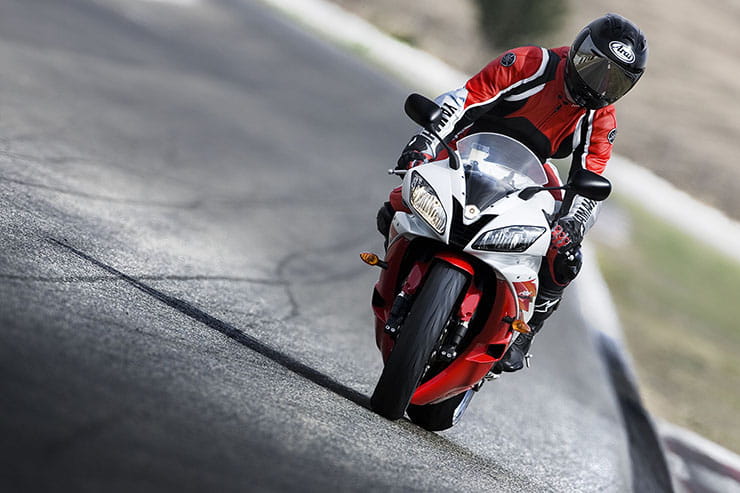 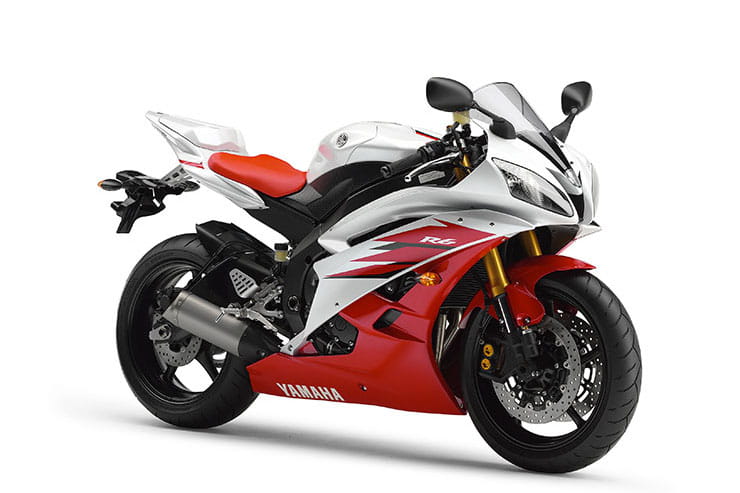 If you are a trackday fan or just a lover of full-on race-style bikes, the 2006-onwards Yamaha YZF-R6 will most certainly rock your world. When it comes to offering a no-compromise riding experience, the R6 ticks every single box. Remember, this is a bike that despite being thirteen years old, thanks to a new fairing and some updated forks and electronics still dominates in World Supersport racing.

Launched in 2006, this generation of R6 effectively tipped the supersport class over the brink as it was incredibly focused on track success. The days of the good old Honda CBR600F’s all-round ability and value price tag were long gone as Yamaha had not only aimed their new supersport bike at trackday fans, they had thrown the technological kitchen sink at it to boot!

The first mass-produced road bike to feature a ride-by-wire throttle, the R6 also comes with high and low speed damping on its suspension, a slipper clutch, radial brakes and a ludicrous (and very optimistic by Yamaha) claimed 17,500rpm rev limit. This is technology that even litre bikes of the era lacked. But it came at a cost – and not just financially.

Given a hot, dry racetrack the R6 is quite simply amazing and will demolish bends, brake deeper than you ever thought possible and leave you feeling like a WSS racer. It is an outstanding track bike, but one whose focus on the chequered flag does leave it somewhat frustrating on the road. If you aren’t in the mood to rev the motor there is precious little mid-range to allow you to take it easy on the gearbox and the R6’s physical size makes it more than a little cramped for all but the smallest of jockeys. But there again, just look at it, is that really a surprise? Enjoy it for what it is – a total missile of a bike!

While the R6’s uncompromising nature won’t endear it to everyone, those who reckon a supersport bike should be a rev-happy banshee of a beast with razor-sharp handling and track refugee looks will absolutely love the YZF-R6. Those, however, who ride on midrange and don’t want a cramped riding position will hate it. You have been warned… 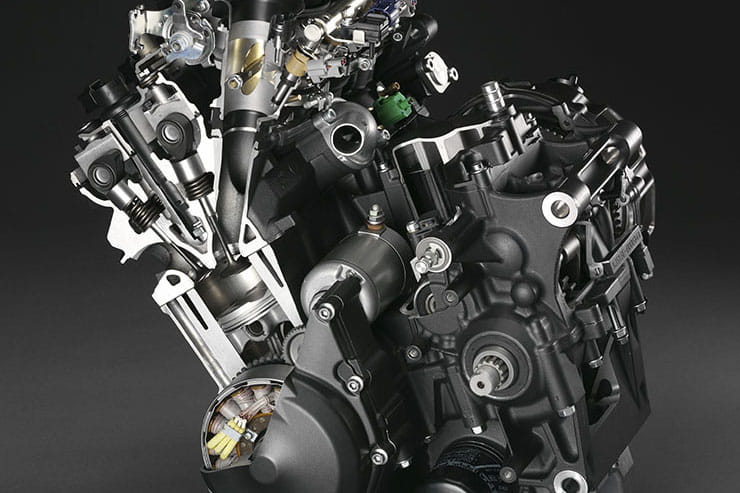 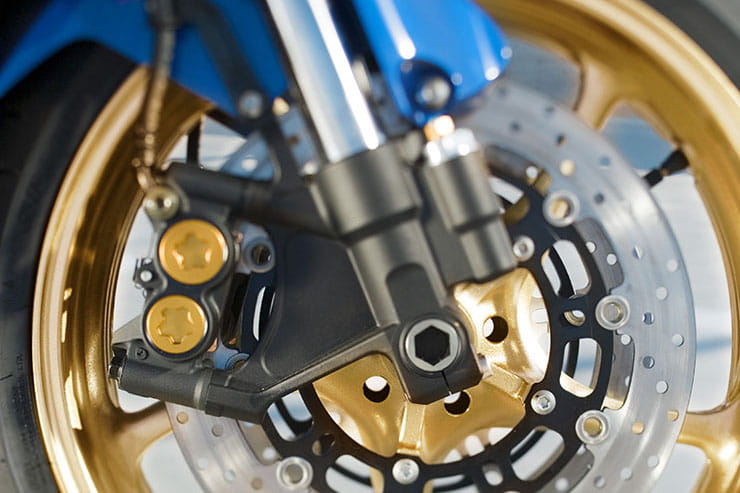 It is hard to believe that this generation R6 is thirteen years old now, but that is the reality and as such that means there are quite a few used bikes out there. And while Yamaha’s build quality is generally very high, a few bike may have issues that you need to keep an eye out for…

The first thing when it comes to any race-rep is to ensure that it isn’t an ex-trackday bike or even a bike used by a trackday company as an instructor’s bike. With the R6 this is actually not as uncommon as you would hope. Inspect the fairings to see if they are suspiciously pristine when compared to things like the grips that will show wear and look for marks on the wheel rims that indicate the tyres have been changed regularly. Assume a tyre change every 4,000-miles, so if there is lots of evidence of weights being put on and removed on a relatively low-mileage machine, alarm bells should start to ring. And naturally, look for crash damage and any variation in panel colours that may indicate they have been swapped/replaced as well as leaking suspension and worn bearings.

The R6’s motor is solid, however track use can see it burn oil and if not kept on top of this can lead to damage. Always check the engine is cold before the owner starts it up and listen for any rumbles and watch for signs of smoke. The R6’s cam chain tensioner was a bit weak on the first generation (Yamaha updated its design), so also listen for that telltale rattle. The R6’s motor needs valve clearances checked at a lovely long 24,000-miles, however as this is a big bill, ensure it has been done if the bike is showing near this mark. If all is well, take it for a test ride and watch out for any signs of electrical warning lights or fault codes on the dash. On a bike as loaded with tech as the R6, these can be a costly nightmare to resolve and throttle position sensors and the like can wear with age.

Finally, and again this is a common one, be wary of poorly fitted aftermarket extras such as loud cans, stubby levers, rear sets, alarms or tail tidies. Ensure they will pass an MOT and if it has a loud can fitted, ask for the OE unit and check it has been set-up. And be wary of aftermarket quickshifters/blippers as these can cause excessive wear to the gearbox. 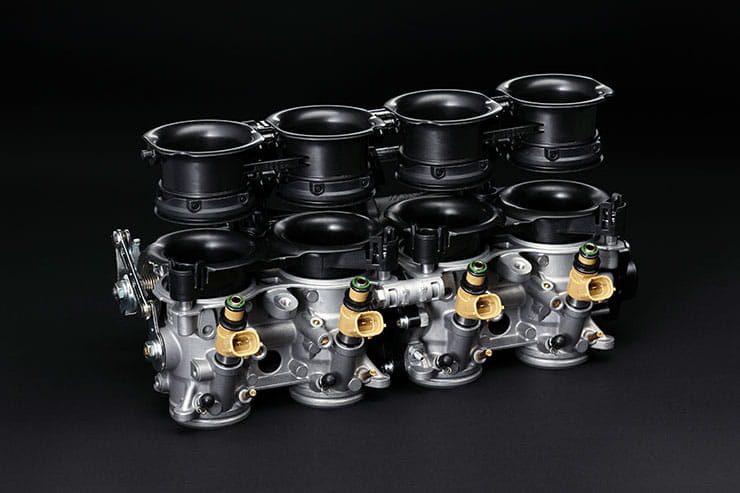 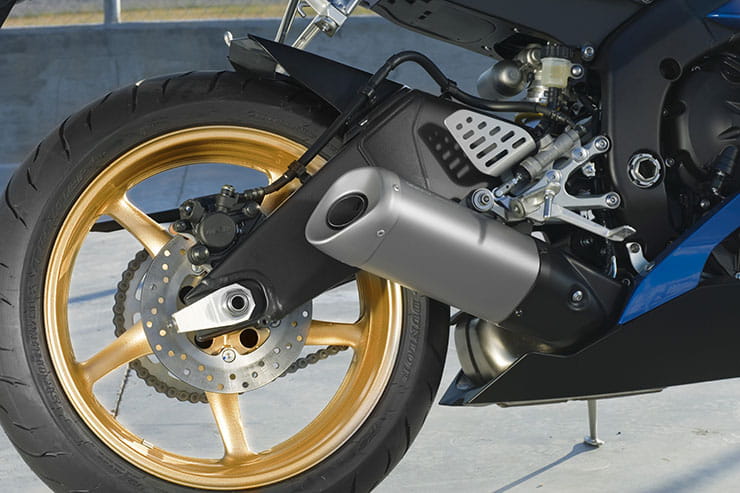 The 2006 YZF-R6 was an all-new bike, however Yamaha didn’t wait long until updating it and in 2008 it received a few small changes mainly aimed at increasing its somewhat lacking midrange while also upping its track performance. The frame was beefed up around its headstock while the frame itself actually reduced in stiffness and the swingarm’s bracing increased. Although pretty unnoticeable, the riding position was also altered slightly with the bars repositioned 5mm lower (as if they weren’t low enough already) and the suspension tweaked. Internally the motor was pretty much the same as before aside from a few revisions to oil ways and the cam chain tensioner, however Yamaha also added variable length intake trumpets, a revised ECU and an altered fuel-injection system. Overall, more tweaks than a major revision and the larger exhaust end can is most obvious modification. The 2008 bike remained unchanged until it was replaced by the 2017 R6, which gained a new R1-style look, an advanced electronics package that includes traction control and ABS and new suspension. Although the motor was pretty much left unchanged, claimed power and torque dropped slightly as it was stifled to make it Euro4-compliant. 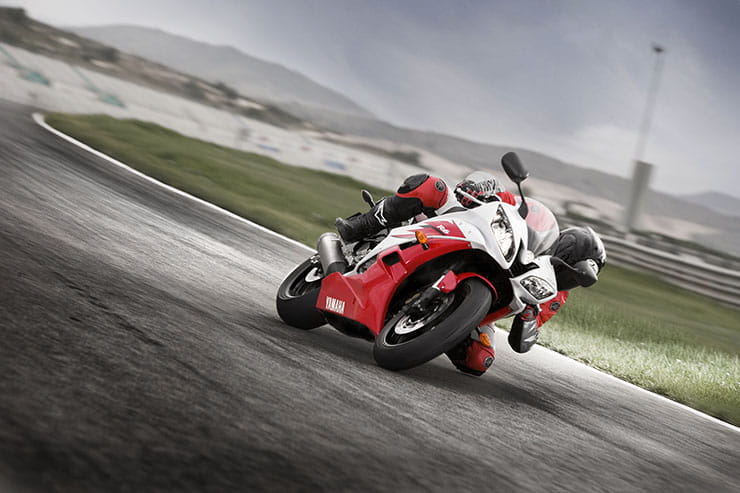 Despite the fact the new supersport market is pretty much dead in the water, the used side of things is very buoyant and the R6 is a hugely popular model, which means prices are fairly high. You can find a first generation new look R6 for just over £3,300 in a private sale with dealers asking closer to £4,000 while top-end figures for this model are generally under £4,500 for a low-mileage example. The updated bike, which ran from 2008 until 2016, has a nice spread of value with early or tatty bikes costing from £3,700 and later machines commanding a premium of close to £8,000. While this sounds a lot, you have to remember a brand new 2018 YZF-R6 is £11,799, so it’s not that bad as it is effectively only a fairing and a few electronics away from the latest and greatest. 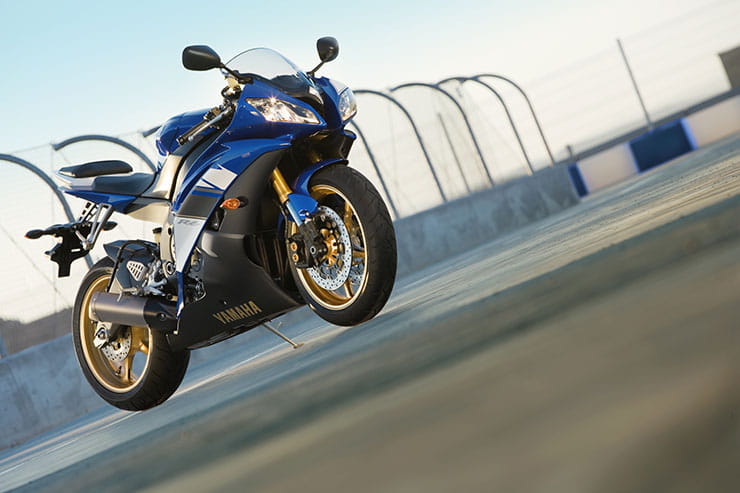 The R6 is one of those bikes that attracts a huge cult following and as such there are quite a few forums and Facebook pages dedicate to it. The R6 Forum, located at www.r6-forum.com, is very active and full of information and passionate owners. There is also the R6 Owners Club at www.r6owners.com and www.R6messagenet.com. If you want to keep abreast of the R6’s race success, follow the GMT94 WSS team directly at https://www.gmt94.com/en/homepage-2/