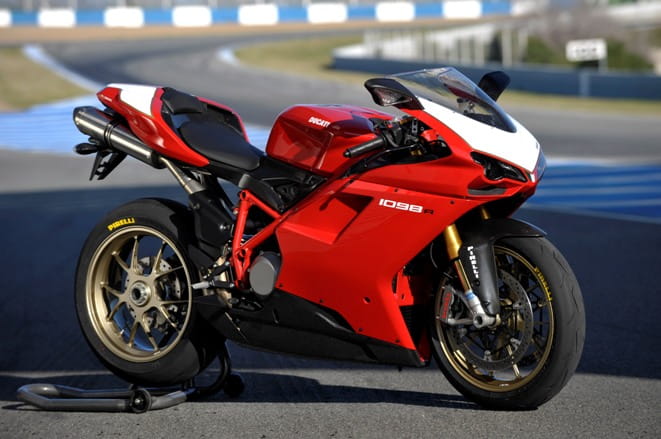 The Ducati 1098R heralded the advance of technology that is now thought of as commonplace – traction control. This was the world’s first production bike (no, the Honda Pan European’s system simply doesn’t count!) that came with a properly advanced form of the technology that allows you to unleash 180bhp without firing yourself onto the radar of air traffic control. In 2008 the future arrived and it came kicking and screaming from Bologna.

But the 1098R is so much more than just a bike with clever electronics, in many ways it is the last of the ‘proper’ Ducati homologation specials. That is to say it bears absolutely no resemblance to the road bike it is meant to be based on! Capacity, engine, chassis, just about every component on the 1098R when compared to the 1098 road bike was altered as Ducati needed to get back into winning ways. 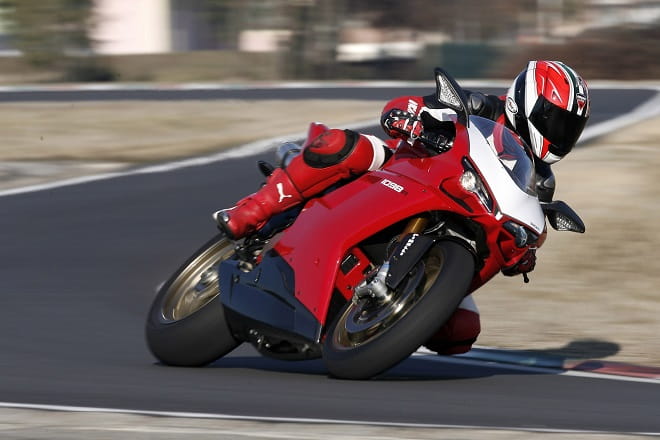 Having dominated the WSB series throughout the 1990s, in 2003 the organisers eventually wised up and allowed 1000cc inline fours to compete. For a while the Ducati 999 held its own, but after both Suzuki and Honda won titles Ducati cried ‘unfair’ and the rules were changed in 2008 to allow 1200cc V-twins. Conveniently, Ducati had released the 1098 a year earlier and that engine still had a bit of meat left on its cylinders…

The 1098R was released in late 2007 to allow Ducati to homologate it for race use. Unlike the 1098, which actually has a 1099cc capacity, the 1098R is 1198cc thanks to a bigger bore and stroke. And the changes don’t stop there. Due to diminishing grids, the WSB organisers were trying to cut down on the cost of racing by making the bikes far closer to their road starting points. For the Japanese manufacturers this didn’t make much difference, however thanks to their status as a small manufacturer, Ducati simply decided to give the 1098R everything it needed in a no-expense spared splurge of technology to ensure WSB success. While this may be viewed as cheating, it could also be seen as making the best of your situation. Whatever your take, and it worked as Troy Bayliss won the 2008 crown, the fact of the matter is that the 1098R was developed as essentially a racer with lights.

Inside the sand-cast cases of the 1198cc engine the con rods and larger valves are titanium, the crank lightened, a slipper clutch fitted, rocker arms hardened, cam covers made of magnesium, the heads sand-cast, the pistons lightened, the list goes on and on. And that’s just the engine! As well as altered diameter frame tubes, the 1098R gained a magnesium front subframe, aluminium rear subframe, alloy Marchesini wheels, Ohlins suspension, carbon bodywork and Brembo monobloc calipers. Not to mention traction control. 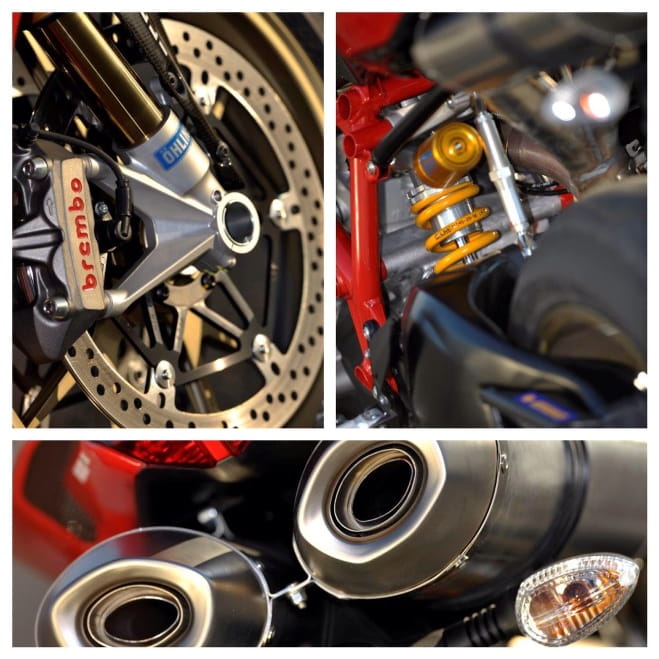 Claimed to be lifted from Ducati Corse’s MotoGP and WSB department’s draws, the eight-stage system was a world first. Using wheel speed sensors, DTC (Ducati Traction Control) determined if the rear was sliding and backed off the ignition advance and spark to reduce power if it thought this was the case. In 2008 it was revolutionary stuff and a hint at the future. Despite obviously still very much in development (it required the use of a race exhaust system as the DTC caused unburnt fuel to get into the exhaust, potentially destroying the road bike’s catalytic converters) this was a turning point in motorcycle development and is another reason why the 1098R is such a special bike. But do you really need a justification to buy a Ducati homologation special?

At the moment a 1098R (after 2010 it was called the 1198R despite being identical) costs between £12,000 and £18,000 depending on condition. While that is certainly a hell of an investment, it is also a truly unique bike that is mind-blowing to ride and stunning to look at. You may be tempted to go for a limited edition Troy Bayliss 1098R replica, but to be honest a Ducati homologation special should really be red with a tricolore, not white with an Aussie flag on it. Strewth!

Owner John Hackett is THE go to man in the UK for anything Ducati related.

A UK-based Ducati forum full of people who are very passionate about Bologna’s V-twins.

Do you own one or ridden one? Tell us about it?