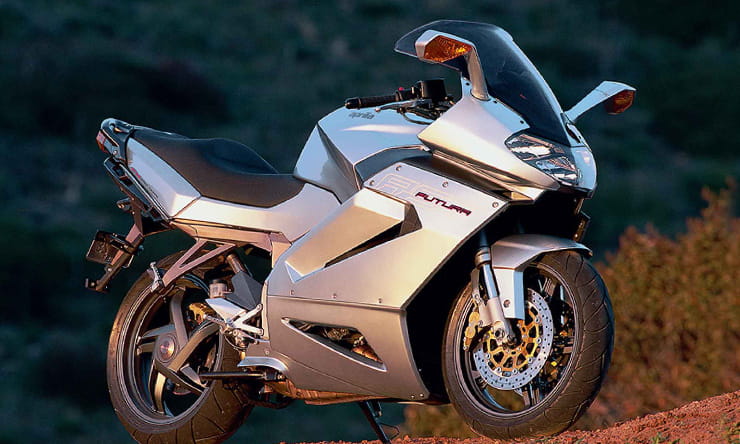 Underestimated ‘Italian VFR’ was let down by oddball styling, iffy back-up and Aprilia’s over-ambition, but today is worthy and a potential future classic

To understand the Futura you have to understand Aprilia in the late ‘90s and early Noughties. Spurred on by charismatic leader Ivano Beggio, at the turn of the Millennium the upstart Italian marque, previously known mostly for sporting lightweights, was on a bold expansion plan into the litre-bike category. First came the impressive RSV1000 Mille superbike but others, all powered by derivatives of the same Rotax V-twin, followed soon after: the SL1000 Falco sports-tourer, the ETV1000 Caponord adventure bike and its flagship, the luxurious RST1000 Futura.

With hindsight, it was all too much, too soon. Though good bikes, niggly flaws hurt sales, Aprilia had overstretched themselves and an ill-advised takeover of Moto Guzzi proved a leap too far. In 2004, with debts reported at €190million, the firm was taken over by Piaggio and the Futura and more were quickly canned.

Which is a shame because the Futura is actually really rather good. Styling is about as bold as you can get without compromising practicality. Build quality is genuinely up there as the ‘Italian Honda’ that Aprilia long aspired to be. Performance (from the detuned Vee) and handling right up there (despite slightly soft suspension) with its closest rivals of the day (Honda’s then VFR800 and Triumph’s Sprint RS) and it’s impressively equipped, too. Yes, back in the day, buying an Aprilia was, as history proves, a leap of faith too far when the alternative was a completely reassuring Honda at a slightly lower price. Today, however, if you can find a good one (and there aren’t that many) it’s a classy, interesting alternative that’s only likely to appreciate as a modern classic.

Despite the speed of Aprilia’s ambitions and the amount the relatively small firm then had its plate, very few corners were cut with the RST1000 Futura. Like the RSV1000 Mille that preceded it, spec and build quality is top notch (although like many motorcycling things Italian the Futura needs a touch more cossetting than most if ridden year-round). That said, there have been no major reliability issues reported or recalls for that matter (although its short production lifespan certainly helped with the latter), while the big Aprilia has proved pretty durable as well.

A slight cosmetic update in 2003 came in the form of a new two-tone paintjob and a slightly revised seat, while colour-coded panniers were no longer offered. There was also a slightly revised ECU map. It was deleted from the Aprilia line-up the following year. 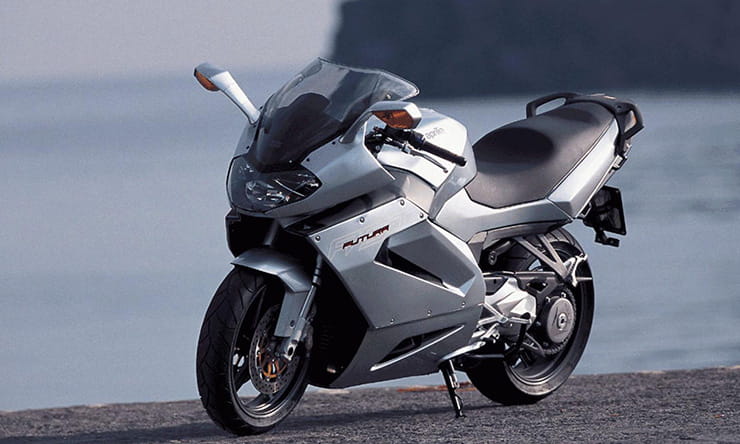 Well-used examples are now well under £2000, although they don’t come up very often. We’ve recently seen an excellent, pannier-equipped 40K-miler for only just over £2000 so it’s never going to bust the bank. One London dealer even has a 0-mile example at around £5K.