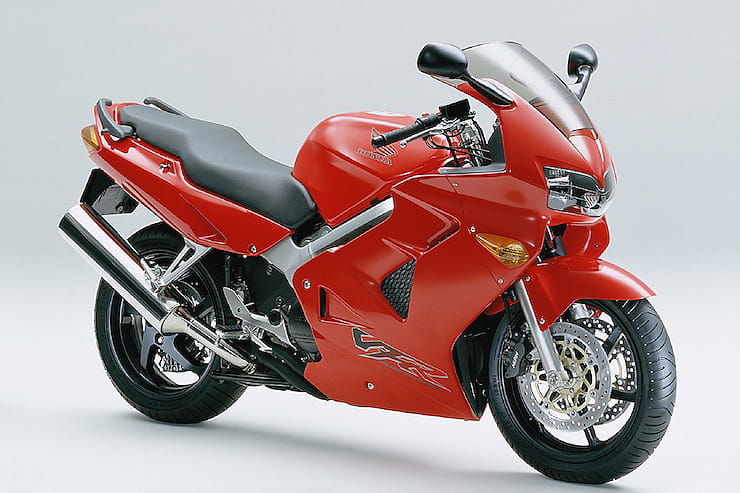 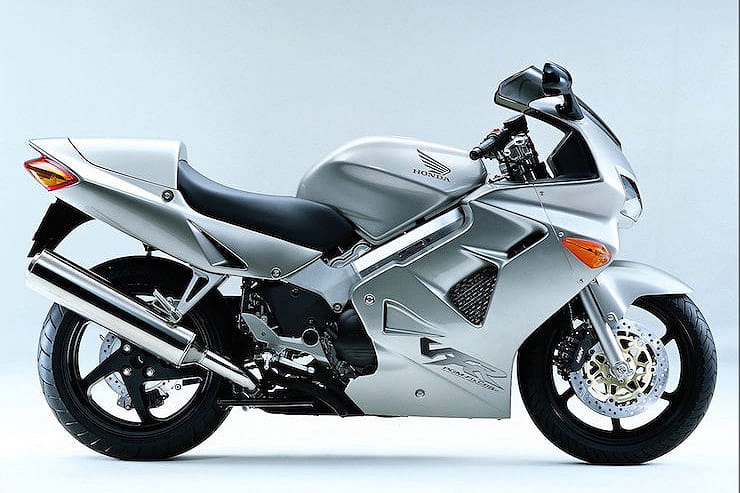 Honda’s VFR750/800 family of V4 sports-tourers are rightly considered motorcycle royalty for their peerless blend of refinement and real-world versatility and still make decent road bikes today. But with seven different models since the original’s launch in 1987 some, inevitably, are better than others. The preceding VFR750F, for example, as the last three-quarter litre version and last with carburettors, is still considered by many as also the last ‘true’ VFR. But after Honda updated the VFR again in 2002 with the hugely controversial V-TEC model, the VFR800Fi also started to be viewed as the last of the ‘pure’ VFRs and certainly less technologically awkward than the V-TEC bike. With very little to go wrong the VFR800Fi became the go-to bike when it came to a solid daily commuter with the potential for weekend fun. Today, with typical Honda quality and bulletproof mechanicals, it remains an in-demand used buy but is now more affordable than ever.

The VFR has never been cheap as demonstrated by its original new price approaching £9,000 when a FireBlade was only a few hundred more. What’s more, their quality, durability and popularity have kept their used values high, too. Over 20 years on from its launch, however, time is taking its toll and higher mileage, poorly maintained examples with perhaps iffy cosmetics, can now be found for as little as £1,500 while even good ones with under 20K on the clocks rarely cost more than £3K. The rarest and priciest of all is the limited edition ‘50th Anniversary’ model, with special red and silver livery, which usually commands £3,000-£3,500. 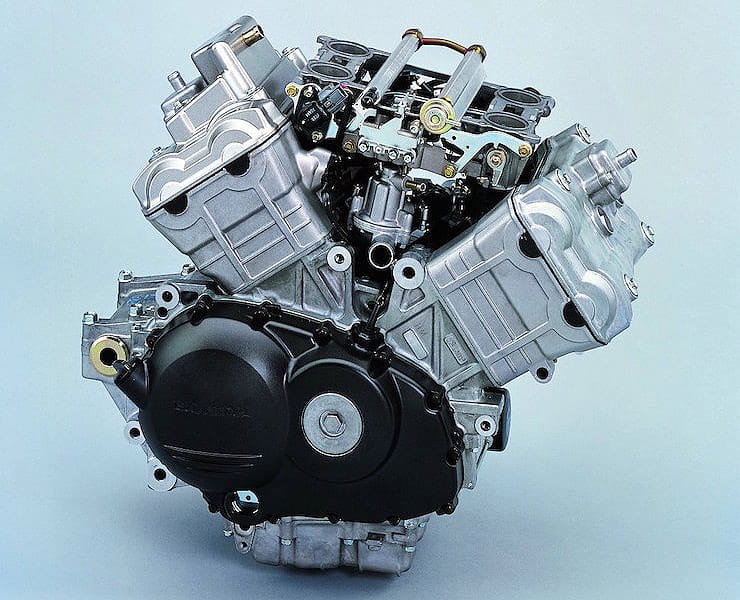 Enlarged and with a longer stroke the 1998 VFR800Fi produced 110bhp and 59lb.ft, meaning it’s both decently more powerful than the old 750 (which put out 100bhp) and gruntier, too – both reasons why, on paper at least, the 800 is better than the old 750. That said, the 800 was also heavier than the 750, which blunted that improvement slightly. Best of all though is the V4’s supremely flexible and easy delivery, curdly character and proven reliability which, aside from a few niggly issues, ensures problem-free motorcycling well in excess of 75,000 miles.

The liquid-cooled V4 was outwardly identical to the preceding 750 but Honda increased the stroke to appease owners who wanted a bit more grunt and then stuck on a fuel-injection system derived from the RC45’s unit. Another change was the move from a single radiator positioned in front of the engine on the 750 to twin side-mounted ones, which was one of the contributors to the 800’s 9kg higher weight. The slick, six-speed gearbox was unchanged, however, is effortless to use and problem free. The steel exhaust and silencer, however, as with the previous 750, can be prone to rot and most will now have been changed, ideally for a quality stainless steel system. 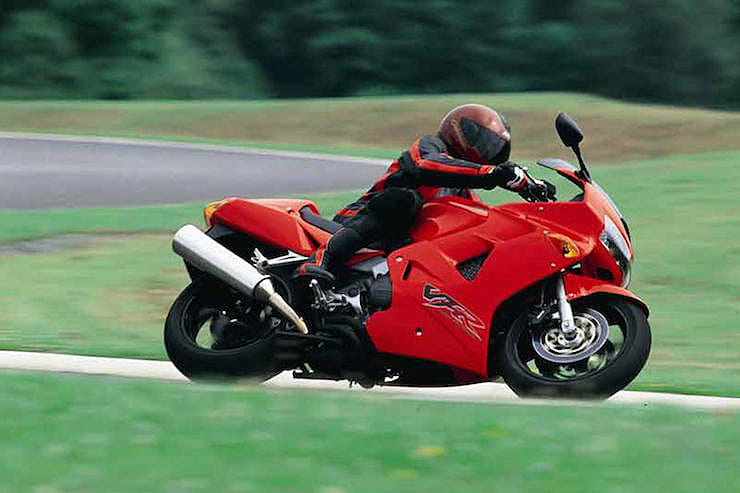 With around 40mpg from typical use, easily dropping into the 30s with more vigorous riding, Honda’s V4, particularly in this later, larger fuel-injected form, has never been among the most economical sports-tourers. But then, most of its originally well-heeled owners were quite happy to pay that price in return for the VFR’s class and its V4’s grunty flexibility. On th3 whole, though, it’s not that bad and the 800’s 21-litre tank is also big enough to return a reasonable 140-odd miles between fill-ups.

Another area significantly updated from the previous 750 – and not to everyone’s satisfaction. To go with the updated V4 the new VFR00Fi also gained a brand new aluminium frame with the swingarm pivots mounted to the back of the engine. This was all very clever technology, and certainly a move forward when it came to the VFR brand, but not everyone was happy. Alongside this, weight was also increased and its steering was slightly slower and less nimble. That’s not to say it’s a bad-handling bike – far from it. This VFR was as plush, refined and reassuring as ever, but it was a little bulkier and less lithe than the old 750 and its looks were also less supermodel and more controversial. 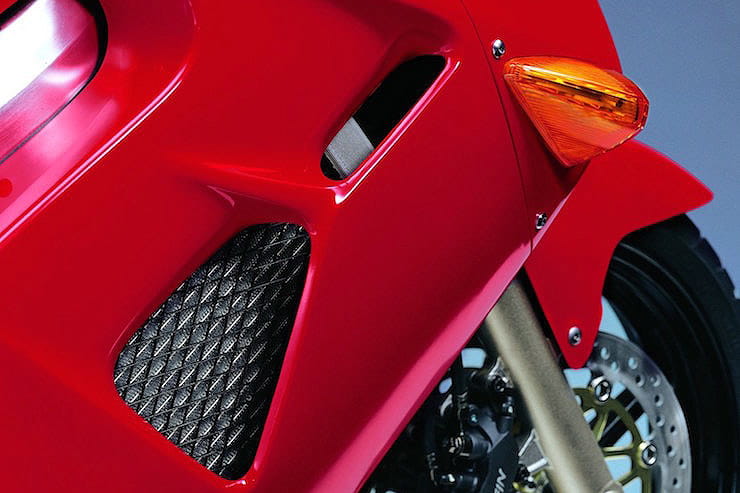 The move to the 800 also signalled a significant update to its brakes. Honda introduced its new, ‘linked’ CBS brakes complete with new, three-piston calipers. At the front, the two outer pistons were operated by the front lever with the centre piston by the rear pedal and vice-versa at the rear. Thereby both front and rear systems were linked, which was a safety boon in slippery conditions but it also meant you couldn’t use either independently as was the norm. Needless to say, although safe and effective (and, in most conditions impossible to tell apart from a standard set-up) it wasn’t universally welcomed.

One of the VFR’s ace cards – as it had been through all of its incarnations up to this point (the succeeding V-TEC version wasn’t as well liked, partly because its fashion victim underseat exhausts cooked riders’ backsides). The VFR800Fi is textbook sports-touer – comfortable enough and with a decent enough fairing for pretty much all day riding and yet sufficiently sporty and inclined to make the rider feel engaged and excited down twisty roads. Honda are the masters of ergonomics and the VFR is one of its best examples. That said, if touring is your thing, a taller screen and luggage, perhaps with a passenger backrest on the top box, might be on your wish list – accessory upgrades that many used examples appear to have.

With no modern electronic rider aids nor the current complicated colour TFT displays and fiddly switchgear, the VFR800Fi may seem a little basic by modern standards but in its day was considered lavish and luxurious. The twin dial dash has, along with a newly-added LCD panel, everything you actually need, including a fuel gauge, clock and ambient temperature gauge. Headlight and mirrors are excellent; there’s a mainstand, removable pillion cowling and fold-out grab handles and quality is generally excellent. If you want more weather protection, comfort or luggage you’ll need aftermarket accessories but there’s plenty available and many used examples already come so equipped. 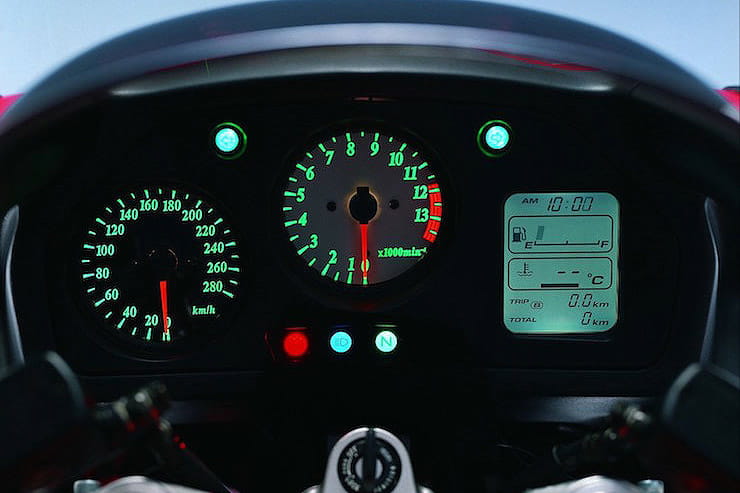 Purists may argue about which is best, the preceding 750 or the first 800, but there’s no denying that the VFR800Fi is one of those bikes that if you find a good one, or just one that has been cared for properly, you can ride it every day of the year and never see its value decrease. Its reputation as a solid workhorse ensures that there will always be a demand for it in the used market and mileage makes very little difference to the bike’s value. In fact, it’s so good that when Honda redesigned and reintroduced the VFR800F in 2014 the bike they based it on was the Fi rather than the later V-TEC version. That said, it’s not perfect. The CBS brakes, styling and weight gain were seen by some as retrograde steps, it suffers from Honda’s usual 1990s reg/rec failures; the battery can boil and the exhaust rots. But it also has a hugely passionate following (try VFRDiscussion and Honda Owners Club (UK)), spares, accessories and decent examples are all relatively easy to find and, for under £3K, you can have a classic, versatile, quality all-rounder that’s just as relevant today as it’s always been.

Three things we love about the VFR800…