World Superbikes Round 9 review and Round 10 schedule

It seems like ages ago since the last round of World Superbikes, but after a long summer break the series is back this weekend at the Portuguese coastal track of Portimão.

If, like me, you've lost track of what has happened so far, then let's look back at the last round at Laguna Seca, US. 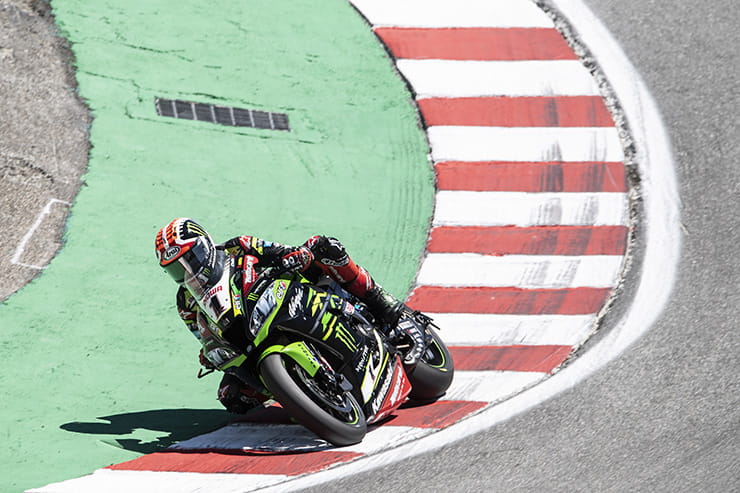 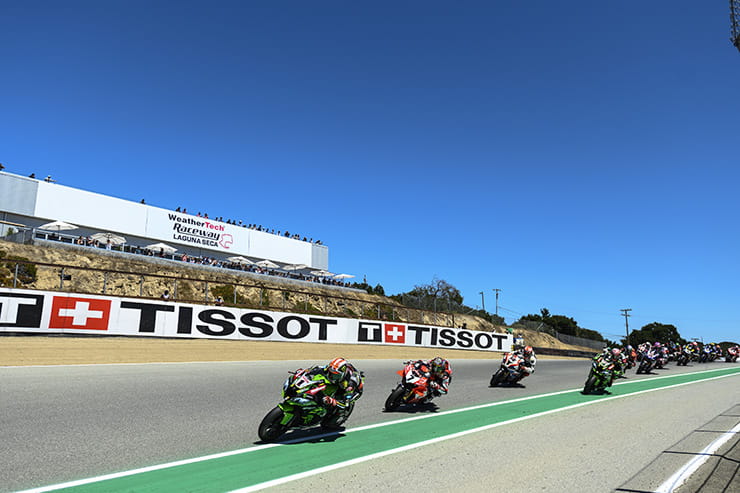 Alvaro Bautista's early dominance of the series seems a distant memory as Kawasaki's Jonathan Rea targeted his fifth consecutive win, after a brace of doubles at Italy and Donington.

Race one looked to be a chance for Bautista to bolster his season, starting from the front row, alongside teammate Chas Davies and main rival Rea, but his day was quickly ruined after a lap five spill. Bautista was able to remount but re-joined the race in dead last position and was unable to improve from there, finishing the race one lap behind.

At the front of the field, Rea and Davies looked to be untroubled by a charging Toprak Razgatlioglu (Kawasaki) and a rejuvenated Tom Sykes (BMW) and soon settled into a parade like rhythm. At the chequered flag, it was Rea from Davies by nearly six seconds, followed by Razgatlioglu a further six seconds back and Sykes a further two seconds behind.

The ten-lap Superpole race kicked off Sunday's action and promised to be action packed, with all riders giving it all over the shortened format. Unfortunately, Bautista's race was further shortened, after crashing at turn 2 on the opening lap. Despite a Red Flag stoppage, Bautista was unable to restart and his race was run. Rea and Davies picked up where they left off from Race One, taking first and second at the end of the shortened race, but this time joined by Sykes in third and Razgatlioglu in fourth.

In the final race of the weekend, the misery continued for Bautista who pitted on lap two, and was to take no further part in the race. Chaz Davies's superior lap time from the Superpole race had given him the grid advantage over Rea and it was an advantage that he made the most of, bringing his Ducati home in first place over three seconds ahead of Rea in second and Razgatlioglu in third. Alex Lowes took a well deserved fourth place ahead of Sykes's BMW.

In a drive to make the series a little more affordable, the World Supersport and Supersport 300 do not include the US Round. They pick up the action back in Europe for the Portuguese Round. 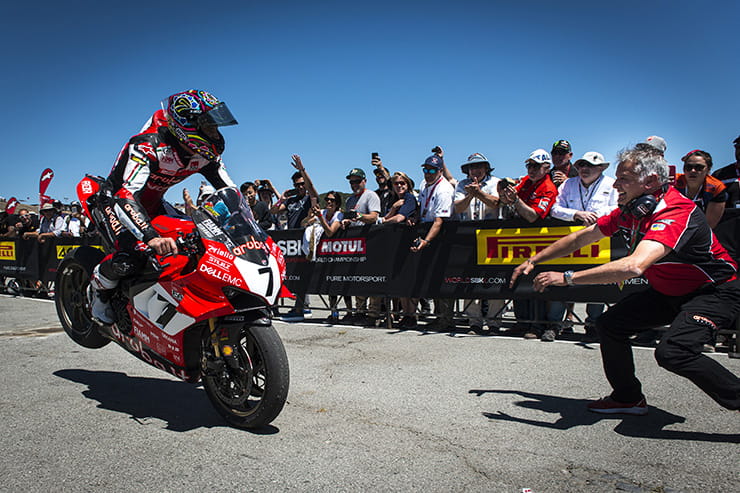 Here's how the Championship tables stand after Round 9: 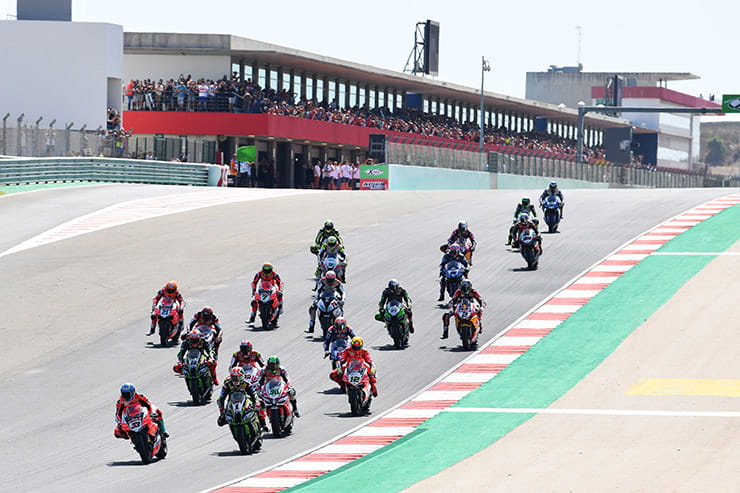 The season continues this weekend at the Algarve International Circuit, Portimão, Portugal for the Acerbis Portuguese Round.

TV coverage is split between Eurosport 2 for live action, and Eurosport 1 and ITV4 for highlights, as follows: