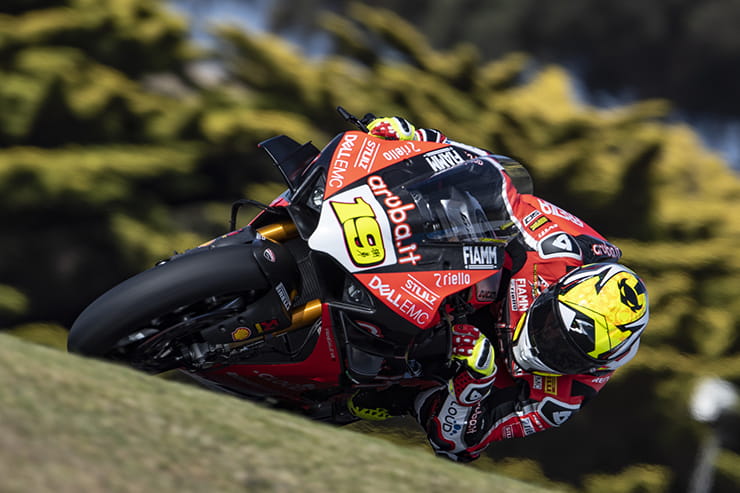 Round 1 of the 2019 World Superbike season kicks off this weekend (23-24 February) at Phillip Island Australia, with Spain’s Alvaro Bautista topping the time sheets in testing on his new Panigale V4 R.

Bautista’s fastest lap time of 1’30.303 is nearly half a second quicker than reigning champion Jonathan Rea, who sits fourth on the time sheets, behind his team-mate and reigning Bennetts BSB champ Leon Haslam.

With a +11-hour time difference and a new three-race format, it can be tricky knowing what's on and when. So we've done the leg work for you and listed when you can watch all the live action on TV.

Highlights programmes are also shown, just in case you don't fancy staying/getting up quite so early.