World Superbikes Round 3 Roundup and Round 4 TV Schedule

It's back-to-back World Superbike races, with this weekend being the second of the European rounds. The Championship moves to the 'Cathedral of Speed' - Assen in the Netherlands. Just in case you've been living under a rock and missed all the rounds so far - here's what's happened: 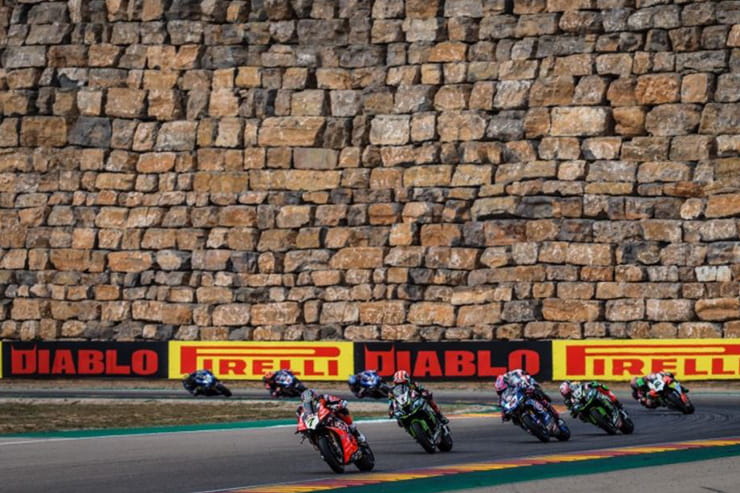 Luckily for us, the viewers, there was some great racing and epic battles for the remaining two podium places and Aragon saw some of the closest racing so far with Kawasaki's Jonathan Rea, Yamaha's Alex Lowes, Ducati's Chaz Davies and even BMW's Tom Sykes all holding second place at some point during race one. At the chequered flag, it was Rea and Davies that took the spoils, closely followed by Lowes and Sykes.

The superpole race saw Rea take second once again, but Lowes finish one place better in third just one tenth of a second ahead of Davies in fourth.

In the final race of the round, Davies's improved form continued with another third position behind Rea and just under half a second ahead of Kawasaki's Leon Haslam.

The 600cc SuperSport class keeps providing thrills and super-close racing with four riders leading the field and more overtakes per lap than you can count. At the line, Austrian Randy Krummenacher (Yamaha) snatched a last lap lead and took the win just nine-hundredths of a second ahead of Italian Raffaele De Rosa on the MV Agusta, who in turn was just six-hundredths ahead of Italian Federico Caricasulo (Yamaha).  We said it was close!

In the opening round of the Supersport300 class (a confusing title as most bikes are 370cc or  400cc and even one or two at 500cc), the reigning championship Ana Carrasco had a disappointing showing, failing to finish the race, after a lap six tumble at turn 13. The racing was close and frantic with five riders taking turns to lead the eleven-lap race. 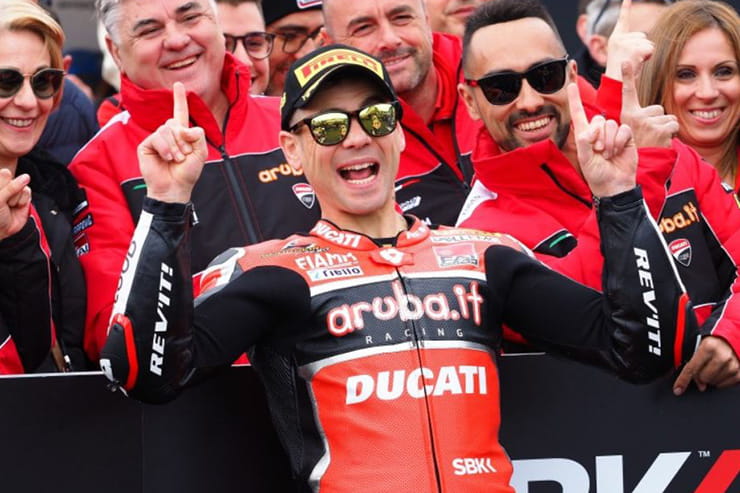 Here's how the championship tables stand: 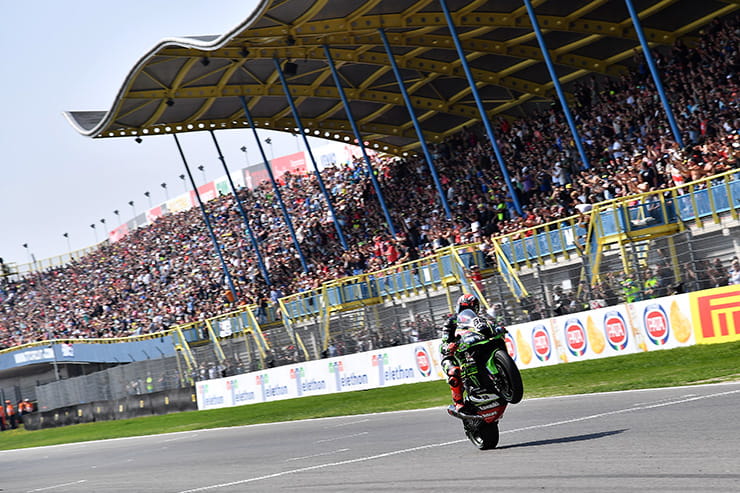 The season continues this weekend at the Motul Dutch Round at the TT Assen Circuit, Netherlands.

TV coverage is split between Eurosport 2 for live action, and ITV4 for highlights, as follows: