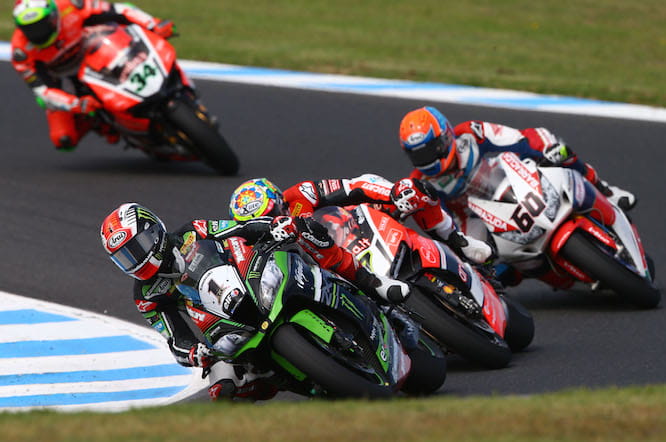 The 2016 World Superbike championship kicked off in earnest two weeks ago in Phillip Island with a dominant double from World Champion Jonathan Rea, but the #1 didn't have it easy with representatives from Ducati, Honda and Yamaha pushing him all the way.

Phillip Island is known as a leveller, almost any bike can perform well on the fast, flowing circuit. The Chang International Circuit in Buriram, however, is not. It's a much more typical track, lots of stop-start sections with less focus on carrying corner speed and more on grunt and acceleration out of the turns.

This is for sure to separate the men from the boys. It did last year, as Rea was untouchable across the weekend while Chaz Davies, who went on to finish second in the title chase, struggled to finish in the top ten on the Ducati.

After crashing out of Race 2 in Australia, Davies will be hoping his team have solved the issues that plagued them in Thailand last year as he can't lose any more crucial points.

Having been on the podium last year, Alex Lowes will be looking to make a statement this time out on his new YZF-R1 and after a strong opening round, his team-mate Sylvain Guintoli won't be far away either.

Catch it all on TV at the times below, with Eurosport's programmes starting at 06:15 on Saturday and 07:00 Sunday.