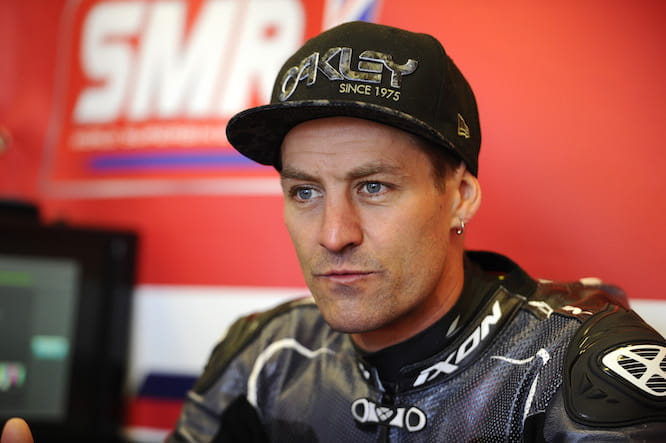 World Superbike newbie Josh Brookes made his debut aboard the Milwaukee BMW S1000RR at Jerez this week and left the two-day test with positive vibes for the season ahead.

The Guisborough-based team only finished building Brookes’ S1000RR hours before leaving for southern Spain but both Brookes and team-mate Karel Abraham were impressed with the bike as an overall package.

Brookes spent the two days familiarising himself with the bike in search of a strong base-set up to work from across the season.

“We’re still a little way from finding a base setting for the bike,” said Brookes. “What we’ve got now is close to that but we’re still outside that box. It could just be the fact that we don’t have enough information. The more laps we do the more material we gather. At the moment we’re going through a lot of changes, not making massive improvements but late this afternoon we started making some good inroads, especially with engine braking.”

There is a lot of change for Brookes in 2016. He hasn’t ridden a BMW before and for the last seven years he’s been racing in the British Superbike championship. World Superbike rules permit a higher level of tuning than the British series, where bikes also have no electronic rider aids such as traction control. 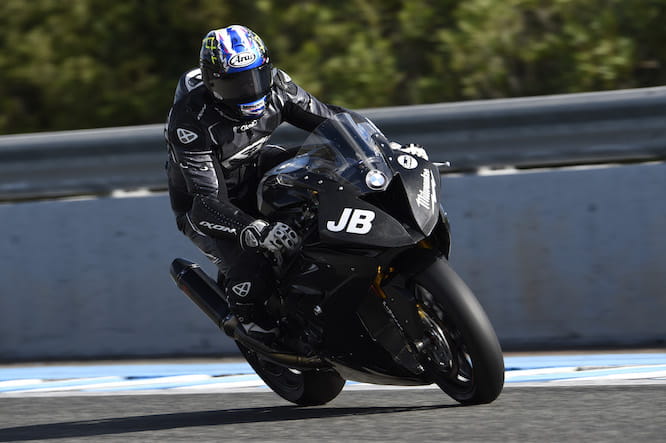 “The whole bike, particularly the electronics, is very foreign to me at the moment. Traction control is simple, but I don’t understand exactly how the traction control works, how it is being introduced to the power and how it affects the bike.

“Even more so with the engine braking, the system they are using is not something I’ve ever dealt with before and don’t fully understand it. It’s only the second day so I’ve got to give myself a bit of time.

“We’d been changing a lot of things: springs, damping and ride height positions – some really key stuff, but not really finding that sensation of improvement. It was getting better, as in feeling more confident but the lap times weren’t improving. Once we started making the changes with the engine braking all of a sudden I was going five tenths quicker, four tenths quicker and started finding time really quickly.”

Despite not searching for a competitive lap time, Brookes made a promising start setting the tenth fastest time of the test, in the company of most major teams.

“Sure, we were top ten or whatever but it’s kind of hard to measure how well we’ve done because as a rider you always want to do really well but you have to be realistic. It’s the second day, it’s a big task, it’s a team that’s gone from Yamaha to BMW, a lot has changed.

“Considering everything, we’ve had a really successful two days. I leave satisfied with what we’ve achieved but not overwhelmed having done an amazing lap time. I think it would be ambitious to have expected to leave here with an impressive lap time.” 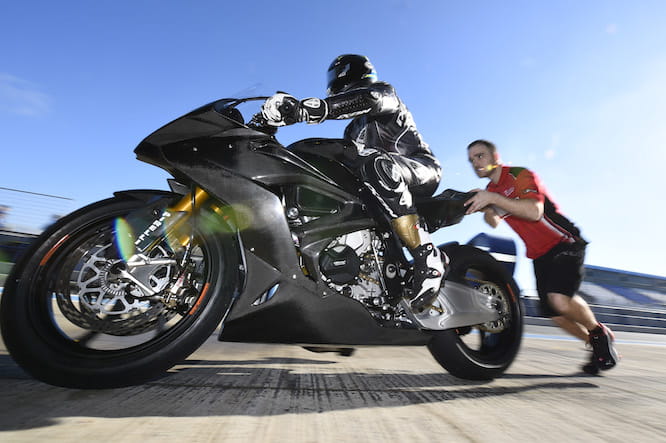 Moving up to the world series as British champion, Brookes is aware of the expectation for him to perform this year but remains realistic with his goals.

“A BSB rider, even with a team just going into a new championship with a full grid, I imagine people are going to expect you to be in that top six, top eight sort of range. Anything above that, you’re doing better than expected and anything below that you’re under performing. I think that’s realistic, and what the team and myself are going to set as a target, at least to start the year and then see if we can improve from there.

“Noone really wants to be too ambitious and lay the cards on the table because if you don’t do it you look like a bit of a fool, but it’s not completely unachievable. I’ve won two world supersport races before, I’ve won a championship in BSB and the team have done it twice so we have a lot of calibre there it’s just a case of making it all work.

Having dominated last year’s British Superbike series on a Yamaha, it was widely anticipated that would be what he was on as he stepped up, but a number of political issues put pay to those plans. However, having now ridden the BMW, the Aussie is confident it’s the best package for him. 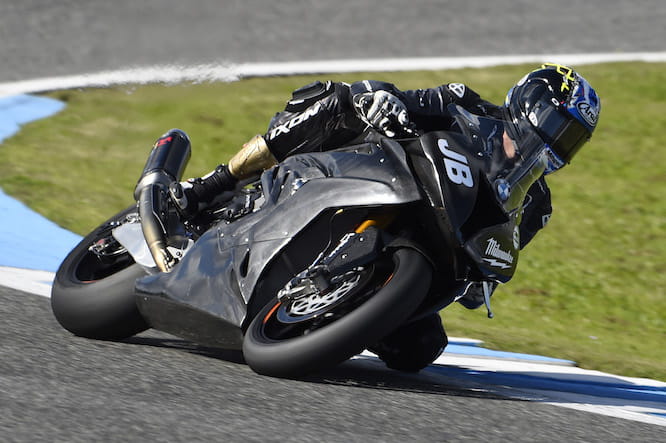 “I think the BMW is the best platform we could have hoped to have to enter WSB this year,” he explained. “The engine is a key and crucial area of the bike, and even if you’ve got a strong team and a good set-up, good brakes, suspension and a positive outlook, if the bike is slow you just can’t make up that deficit. By having the BMW as the base platform to enter us into this series, this is our best chance.

“My opinion is that, what we struggled with on the Yamaha in BSB is the top speed and top end power. It was a beautifully handling bike, but you can’t ignore the weak points. Fortunately, the rest of the package made up for the areas of the track where we didn’t have that grunt and power that it needed but I don’t know if that will be enough to win World Superbike races. I wouldn’t be upset to be on the Yamaha, it’s still a bike I have good feelings for but at the same time I’m not disappointed to be on BMW.”