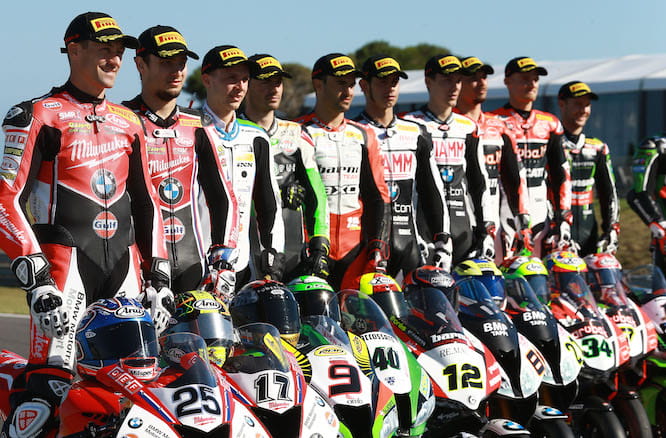 The 2016 race season is set to get underway with Round 1 of the 2016 Superbike World Championship in Australia this weekend.

The upcoming season marks a new era for World Superbikes with the traditional two-race Sunday format being spread across the weekend, with the first race now taking place on Saturday afternoon ahead of the second on Sunday.

It’s all change on the grid for 2016 too, with Yamaha back plus a whole host of new riders joining the championship. Here’s a quick look at the field and their bikes… 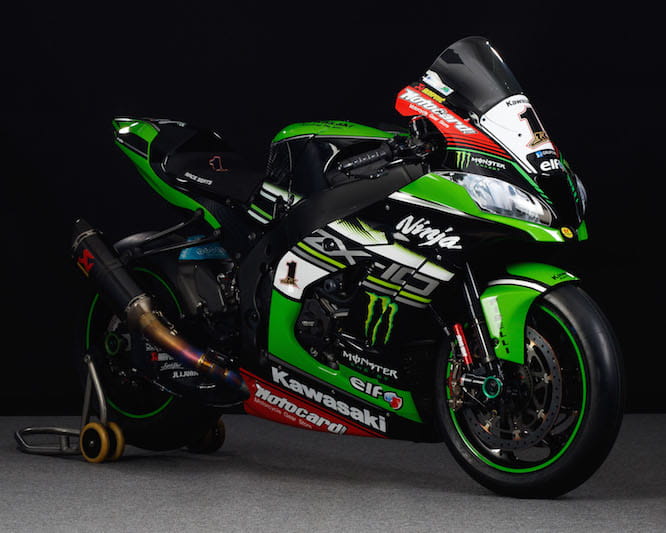 Having dominated the 2016 season, Rea will be keep to take more of the championships he missed out on while riding slower machinery but Sykes might have other ideas. Having been annihilated by his team-mate last year, the Yorkshireman appears to have come out fighting and has shown strong in pre-season testing. 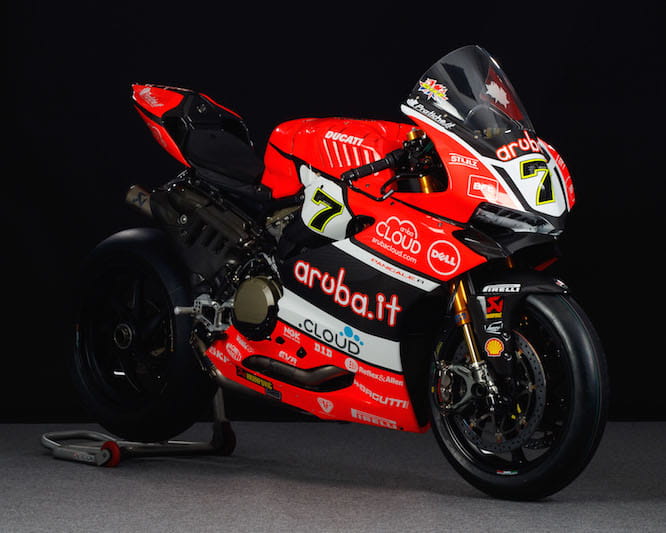 Jonathan Rea might have cruised to the 2016 title but had Chaz Davies performed in the first half of the season as he did in the second, it might have been a different story. Davies scored more points than any other rider in the second half of last season to secure second spot overall.

It looked as though there was a huge breakthrough for the Panigale after several years of turmoil. With Kawasaki already looking strong, he’ll have to hit the ground running if he’s to challenge Team Green in 2016.

Last year was a write off for Italian Davide Giugliano. A number of serious injuries, including broken vertebrae, ruled him out for most of the year, which was a shame as he’d been super quick in pre-season testing. He’s a bit of a loose canon, so providing he can stay on the bike he’s sure to be fast and definitely has a point to prove. 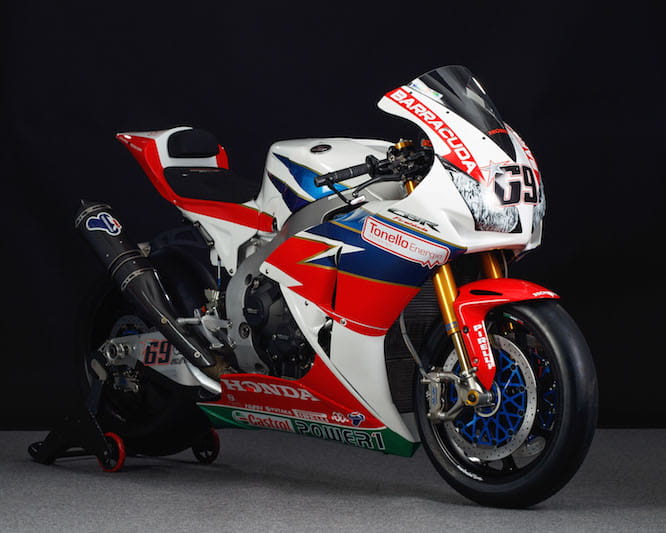 There’s no denying Honda had an awful year last season, but youngster Michael van der Mark did show flashes of speed. Learning year now over, he’ll be looking to step up to the plate in 2016. He’s young, keen and exceedingly quick so if anyone can drag the Honda up the sharp end he stands a good chance.

So does his team-mate. 2006 MotoGP World Champion Nicky Hayden moves to the production class this year and after two dire years in the open class, Hayden is determined to prove he’s still got what it takes to win races.

Before writing Honda’s blade off, let’s not forget the miracles Jonathan Rea could perform on the bike before he made his switch to Kawasaki. It was old then too, you know. 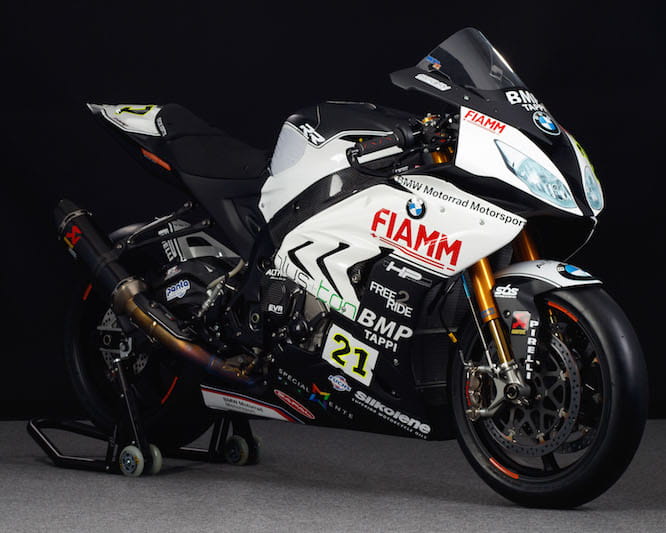 Jordi Torres impressed once he found his feet in World Superbikes last year. The former Moto2 runner showed he could give WSBK veteran and team-mate Leon Haslam a run for his money. After being shafted by Aprilia, Torres moves to the Althea BMW season for 2016 and has to be a little bit of a dark horse. He might not be a championship contender but there could be a few trophies with his name on by the end of the year.

Despite Markus Reiterberger only being 21 years old, he should have been in the World Superbike Championship before now. The youngster dominated IDM on the BMW S1000RR at the mere age of 18 to become BMW’s golden child, but with their withdrawal from WSB in 2013 he was left to race for another two years in Germany before getting his WSB call-up. He has a lot to learn, but we reckon his name could become a lot more familiar as the season goes on. 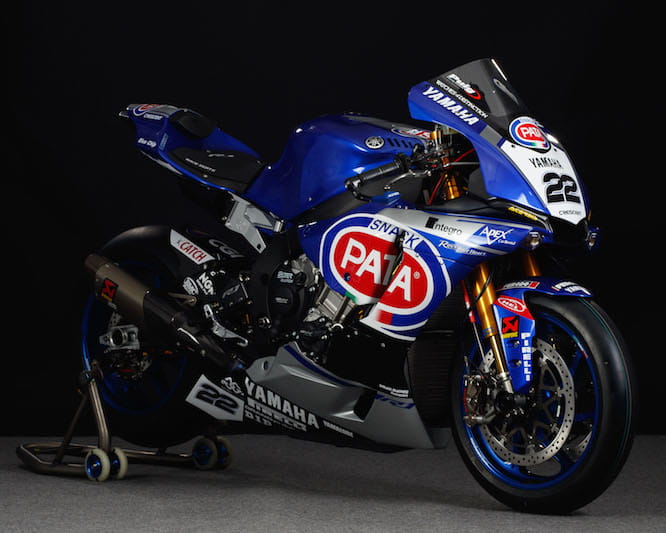 Yamaha’s R1 makes its long awaited return to World Superbikes this year and the Crescent team have signed both youth and experience for their 2016 campaign.

Alex Lowes showed flashes of speed on the dated GSX-R1000, but it’s now crunch time for the 2013 British Superbike championship as he’s handed one of the trickest sports bikes on the market. His talent is unquestionable, so if he and the Crescent team can get to grips with the techy R1, he should be quick.

Guintoli is the experience in the team. He’s never been the fastest rider in World Superbikes but he’s by far one of the most consistent. Guintoli will often go unnoticed, but he’s always there fighting for podiums if not race wins. 2015 was but a blip for the Frenchman; make no mistake, he’ll be there or there abouts this year. 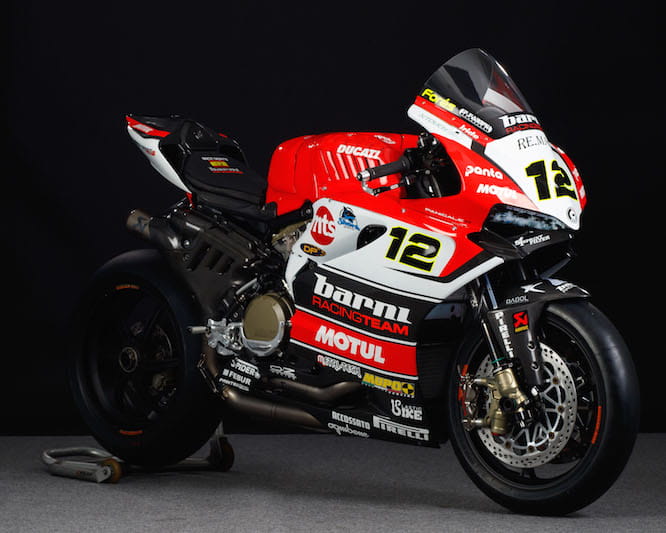 Spaniard Xavi Fores has shown in recent years that he has the pace to run well in World Superbikes having substituted for Davide Giugliano last year. His best finish in the series is a fifth place and having shown to be fast in testing, he should fare well with the Barni team. 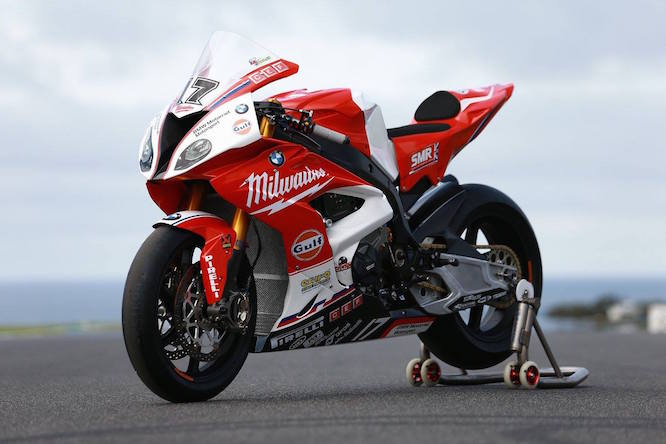 New on the block for 2016 is British Superbike Champions Shaun Muir Racing, who have swapped Yamaha machinery for BMW for their debut on the world stage. Brookes and Abraham are two riders who should be able to hold their own in World Superbikes, but it might take the team a while to find their feet. 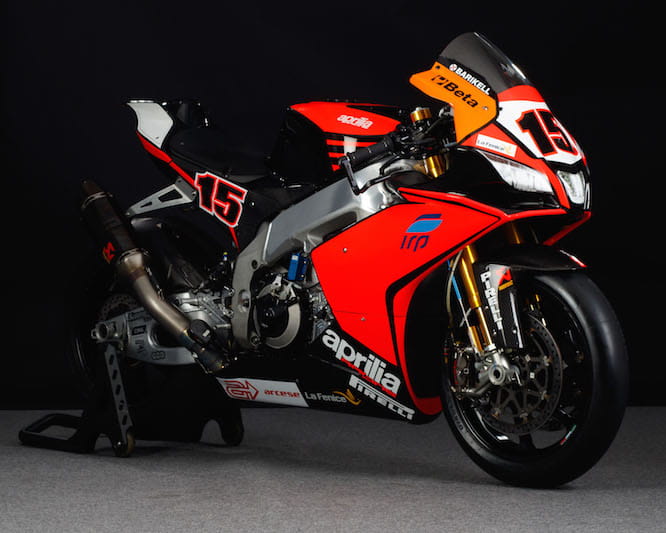 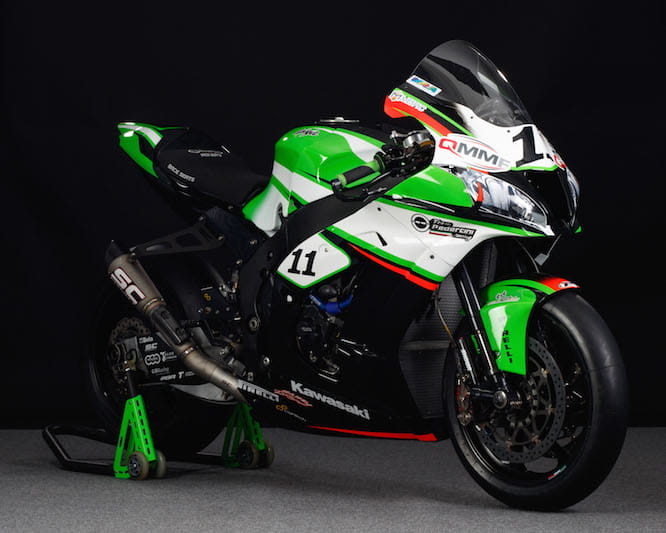 Barrier dominated two European Superstock titles before moving to the Superbike championship in 2014. A flurry of injuries put pay to a strong challenge in 2014 and the 2015 season just didn’t get going for the Frenchman who was eventually dropped by the BMW Italia team.

He’s back for 2016 with the Pedercini team and knows this is one of his last chances to prove he’s got it. He is fast, but whether he’ll show that remains ot be seen.

He’s joined by Qatari Saeed Al Sulaiti, who steps up from the Qatar Superbike Championship. 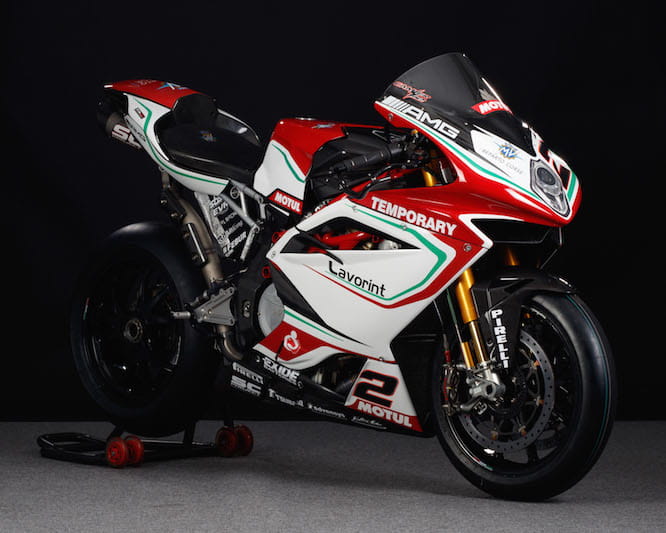 Leon Camier sticks with MV Agusta for the 2016 season for the second of a two year deal. He had some strong top ten finishes last season and he’ll be looking to build on that this year. 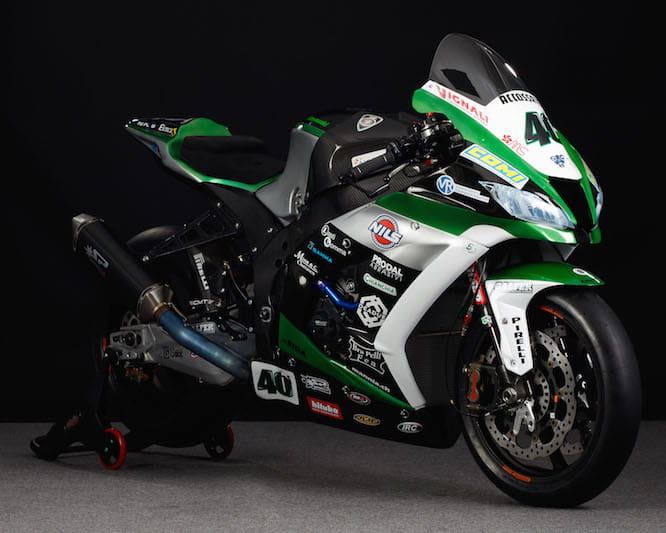 Roman Ramos remains with the GoEleven Kawasaki team this year. He’ll be looking to build on a best finish of seventh place. 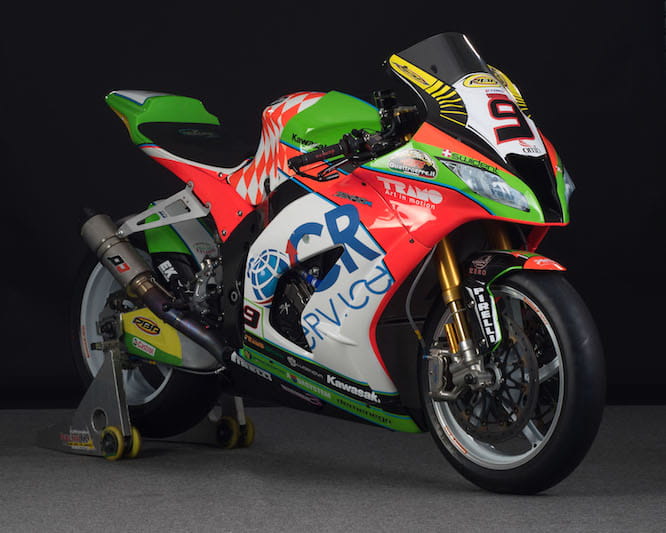 Hook, however, won’t be racing in Phillip Island after a crash in testing. He’ll be replaced by rapid young Turkish rider, Topak 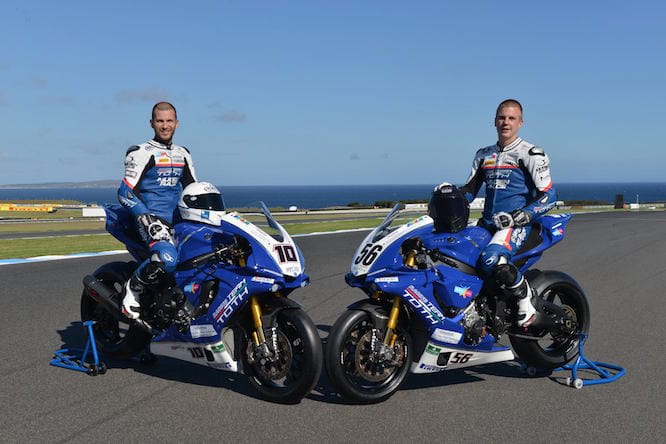 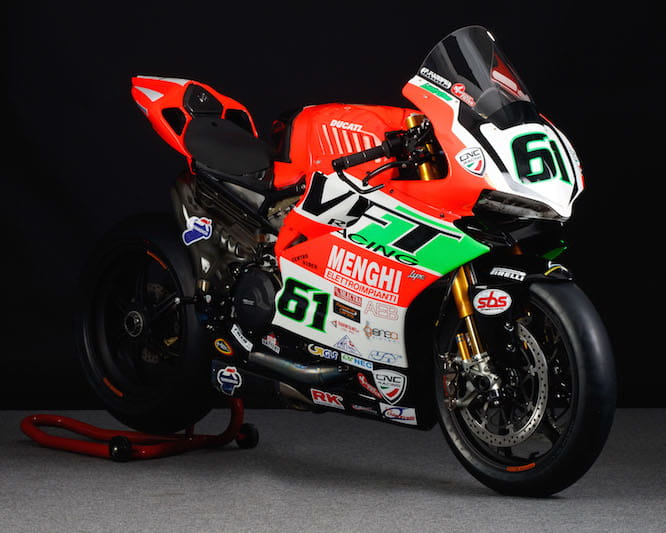 Established World Supersport contender Fabio Menghi steps up to the big class in 2016 but will miss Phillip Island after a fall in testing.