Sykes on top as WSBK gets going down under 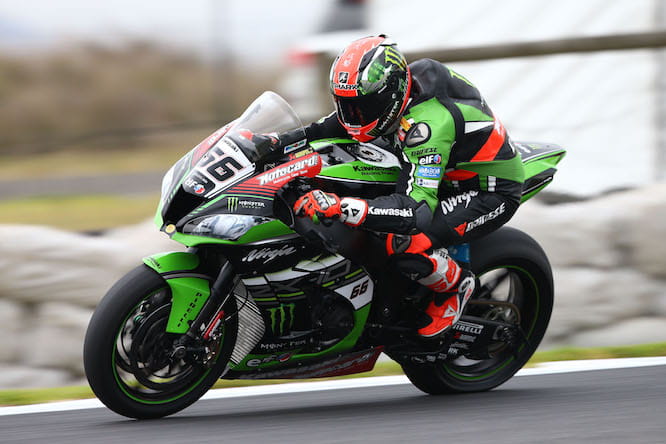 Tom Sykes laid down a marker in the first official test session of the 2016 World Superbike season, setting the fastest time on the first day in Phillip Island from team-mate Jonathan Rea.

In a day interrupted by light rainfall and a number of red flags for incidents, Sykes and Rea proved consistent enough to top the overall times ahead of a strong showing for Honda’s Michael van der Mark in third.

The Dutchman was followed by Althea BMW’s Jordi Torres and 2006 MotoGP World Champion Nicky Hayden, who looks to be making a promising start to his WSBK career.

British Superbike champion Josh Brookes ranked 14th after a crash earlier in the day, his Milwaukee BMW team-mate Karel Abraham also took a trip to the gravel as did Peter Sebastyen, Dominic Schmitter and Chaz Davies.

Testing resumes tomorrow ahead of the first round of the 2016 championship this weekend.