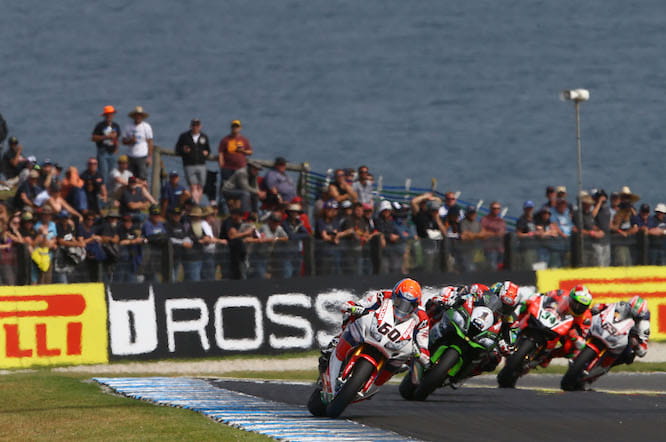 ITV have scooped a last minute deal to show highlights of the 2016 Superbike World Championship.

An hour-long highlights show will be broadcast each Wednesday after a race weekend on ITV4 with commentary from Dorna’s world feed duo of Gregory Haines and Steve English.

The move sees the series’ highlights move into a primetime slot of 8pm, mirroring ITV’s deal with the British Superbike championship.

Channel 4 previously held the rights to broadcast World Superbike highlights in the UK, but aired their shows at inconsistent times often late at night or early in the morning.

World Superbikes is the third bike sport championship to join ITV’s portfolio. The channel has a long-running relationship with the British Superbike championship and in 2014 secured a deal to show terrestrial highlights of the MotoGP series after BT Sport took over the exclusive live rights to the premier class.

The first show, highlights from the first round of the 2016 championship at Phillip Island, airs this Wednesday, 2nd March at 8pm.